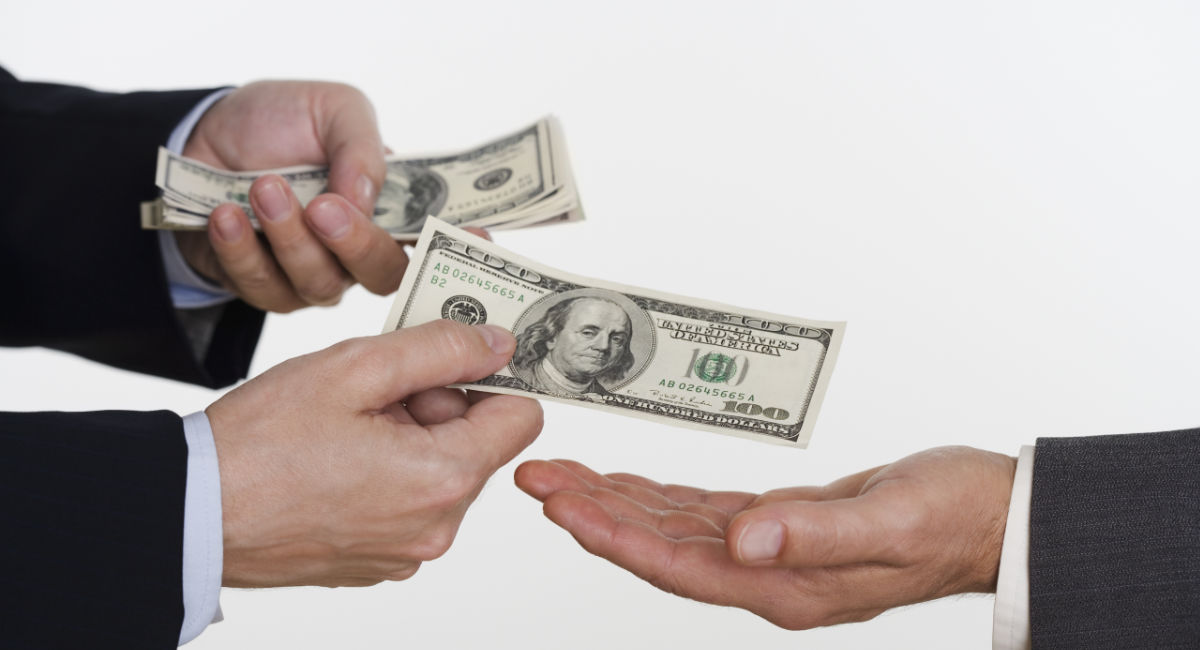 However, in just the years where these contributions were recorded, Live Action News discovered that Guttmacher Institute had sent over $100M to Planned Parenthood. 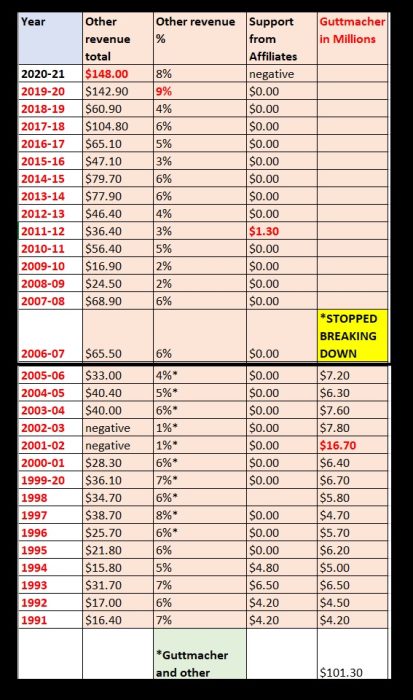 The Guttmacher Institute was established by Planned Parenthood in 1968 as the Center for Family Planning Program Development.  It was funded in part by the Rockefeller Foundation. According to Guttmacher’s website, the organization’s first president was Fredrick S. Jaffe, a former Planned Parenthood VP who became known for his controversial Jaffe memo which advocated eugenics through compulsory sterilization and abortion. In 1978, the year Jaffe died, Planned Parenthood honored Jaffe by giving him its most coveted Margaret Sanger Award, named after its founder (which has in recent years been renamed due to backlash over Sanger’s eugenic, racist ideals).

“The Center was originally housed within the corporate structure of Planned Parenthood Federation of America (PPFA),” a now archived Guttmacher page states. “Its program, however, was independently developed and overseen by a National Advisory Council separate from the PPFA Board of Directors. Its early development was nurtured by Alan F. Guttmacher…who was PPFA’s president for more than a decade until his death in 1974.”

The website also notes that “The Center was renamed in Dr. Guttmacher’s memory, and the Guttmacher Institute incorporated as an entirely independent nonprofit policy research institute with its own Board in 1977, but remained a special affiliate of PPFA.”

Guttmacher also claimed that in 2007, their “special affiliation” status with PPFA was terminated, writing,  “Over the years, the Institute has received financial support from PPFA… In 2007, Guttmacher’s special affiliation status with PPFA was terminated, and PPFA’s financial support to the Institute, then at $395,000 (3.3% of Guttmacher’s total budget), was phased out over the following three years. In 2010, PPFA’s final contribution in support of the Institute’s program, in the amount of $75,000, constituted 0.6% of Guttmacher’s nearly $13 million budget.”

And yet, the two organizations remain closely tied.

Guttmacher has been promoted by pro-abortion media allies as an expert on abortion. And, while the media regularly cites Guttmacher’s studies and experts, they almost never criticize their namesake’s heavy connections to eugenics.

But the organization has seen its share of controversy of late. Last year, Live Action News documented how former staff had accused Guttmacher Institute of ‘racism’ and a ‘toxic workplace.’ During the pandemic, public posts on social media indicated that Guttmacher staffers were becoming dissatisfied with their work environment.

“I’ve never seen things this bad. It’s one person tracking every piece of legislation…That’s unsustainable,” another ReproJobs tweet added. “In the racial equity assessment, one employee was quoted as saying that they only heard of staffers of color being ‘yelled at’ and that there was no example of a white person yelling at another white person at Guttmacher.’ Ok wait WHY are people yelling at each other at work?”

In July of 2021, ReproJobs pointed out additional disunity, and tweeted to Guttmacher’s president, “It’s interesting there’s no reference to staff turnover during the pandemic and how many of those staff were BIPOC, queer, and parents.”

Earlier this year, according to Bloomberg.com, Guttmacher was accused of “retaliation” after allegedly firing a staffer who led a campaign to join a labor union. The labor organizing effort seemed motivated by a great deal of discontent within the organization’s ranks. In May, 19thNews.org reported that over the previous year, the Guttmacher Institute “ha[d] been roiled by high staff turnover, much of which has been reported publicly. Employees have cited pay, benefit structure and limited opportunities for promotion as just some of the issues pushing workers out of the institute.”

Reporter Shefali Luthra added, “In the past 15 months, 37 employees have either left the organization or indicated that they plan to leave, according to the union organizers. Out of Guttmacher’s 11-person policy arm, 10 people have quit. Sixteen additional employees have left the institute’s research division — a figure the union estimates constitutes more than a quarter of the organization’s researchers.”