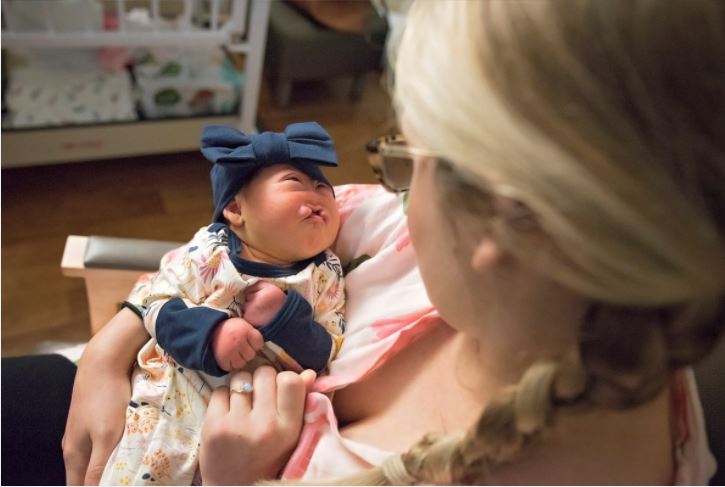 Update: Blakely’s parents reported that their daughter passed away on February 18, 2018.

Emily and Michael Puckett were thrilled to be expecting their first child, a baby girl they planned to name Blakely. Then at their routine 20-week ultrasound, doctors delivered some heartbreaking news. Something was wrong with Blakely and it appeared to be affecting her brain. Doctors predicted that if the little girl survived the pregnancy, she would likely die at birth or shortly after, and they advised abortion. But the couple chose life, saying they would love their daughter no matter what.

“[…] We had to make the decision on whether to terminate or not pretty quickly, due to the laws in Missouri. I will not lie and say the thoughts didn’t cross my mind as I was bombarded with this devastating and frightening news, however, Mikey and I immediately told the doctors we wanted to keep the baby, no matter the circumstances,” wrote Emily Puckett on the couple’s blog. “We didn’t know the outcome of this pregnancy but we knew God was sovereign and her life was meant for something!”

An MRI showed that Blakely had Alobar Holoprosencephaly, a rare condition in which the brain hemispheres fuse creating one rather than two separate hemispheres. This causes brain malformations and can also cause facial malformations. Blakely has a cleft lip, cleft palate, and is missing a nose bone. However, she is healthy from the neck down. Doctors told the couple that most children with Alobar Holoproscencephaly die before birth or shortly after. The couple, who was holding onto hope of a miracle for their baby girl, was once again devastated. However, they felt nothing but love and acceptance for their baby girl.

“We are unnerved, crushed, heart-broken, angry, sad, lost and confused,” Michael Puckett wrote. “[…] We will love this little girl no matter what happens and we know that you guys will love her no matter what happens. Emily and I want her and we are glad that she is our girl. We want to hold her and see her and kiss her and hug her. We want to tell her that we love her and that God loves her too. She is our little baby and she belongs to us and we are glad that God has given us this girl.”

On April 28, 2017, Blakely was born into a room full of anticipation and love. The couple felt as if time stood still as they waited for their little girl to be born and prayed for her to survive her birth. When she finally made her first appearance outside the womb, everyone was relieved that she was still alive. 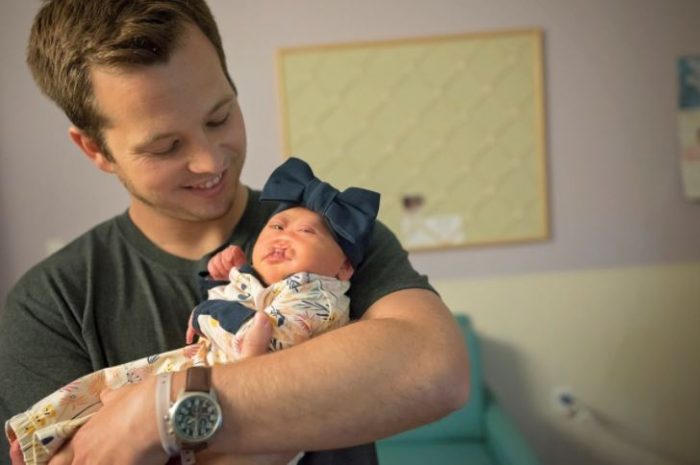 Blakely and her father Michael who refused abortion. via YouCaring.com

“I will always remember looking at Blakely’s face and holding her to my chest those very first few moments and thinking, ‘God this is good, this is what you are all about, do what you must to my family, we are in your hands.’ I can’t really explain it but as I held Blakely with Emily by my side I was convinced full heartedly that God was more good than I could imagine. He heard my cries and he fathered me and he held me and he loved me,” wrote Michael Puckett.

Blakely did suffer seizures and her parents painfully watched as her heart rate plummeted in the middle of the night. They didn’t have any idea how many minutes or hours she would live, but Blakely would prove to be a fighter who had no intention of going anywhere anytime soon. She was scheduled to receive a feeding tube and was placed on medication to try and control her seizures. Eventually, Blakely went home with her parents, something they never expected to happen. Still, the threat of losing her loomed over them.

“So let it come what must come but I am going to live in the fullness of this moment. Blakely is alive and she is my daughter and I can touch her warm skin and hold her tight. I pray that I never have to see her die, but if this is what is to come then let it hit me as hard as it can, because I don’t want to live in the shadow of death but rather in the fullness of life (to live fully involves feeling the pain of actually living).”

The medication that is supposed to help with seizures works well but there are times when the seizures take over. During the time she has had without frequent seizures, Blakely has learned to lift up her head, sit up, and reach for objects. Her father said she has shown a real love for “warm baths and soft head rubs.” These good times are often followed by frightening times of constant seizures. Now seven months old, she has been in and out of the hospital and requires oxygen for a good portion of the day. But she still manages to enjoy her life and her parents are so grateful for every single moment they have with her. 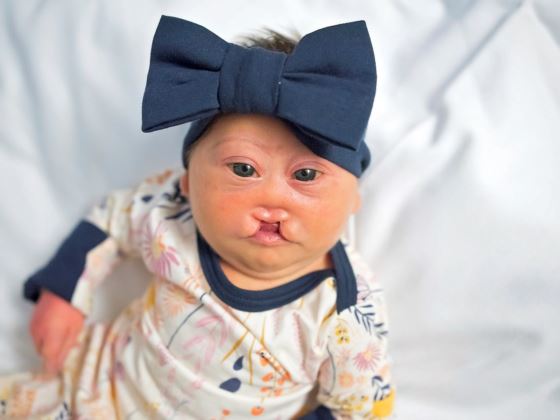 As the couple continues to hold onto the hope of miracle after miracle for their baby girl, they know that each moment is a miracle of its own, a moment they didn’t think they would have. Blakely’s life is a miracle all to itself.