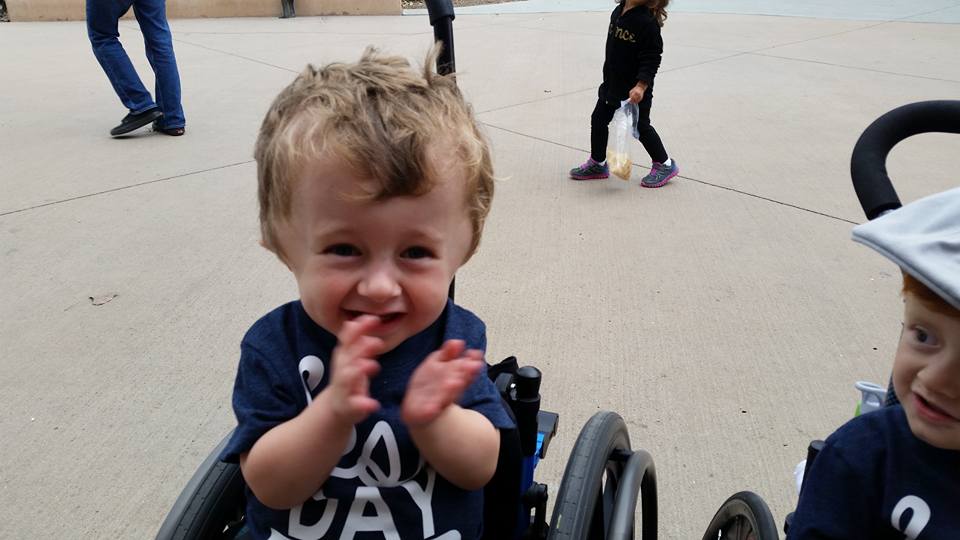 Five-year-old Kaden Casebolt adores superheroes. But in his own right, he is a superhero himself. He has beaten the odds stacked against him since before he was even born and he has overcome a seemingly endless stream of broken bones and surgeries, proving that his life is as valuable and viable as anyone else’s. He was predicted to die at birth, but Kaden proved the predictions wrong.

“I’m very glad that I didn’t listen to the doctors that told me that he wouldn’t live or walk or do anything,” said Kaden’s mother Valorie Salsman in a video for BBC. “If I did listen to them I wouldn’t have a strong little boy doing everything they said he couldn’t do.”

Diagnosed with Osteogenesis Imperfecta (also known as brittle bone disease) at five months gestation, Kaden was given a five percent chance of surviving after birth. He already had about nine fractures that were healing when he was in the womb. His parents were advised to abort him.

“The specialist recommended that we consider abortion. It was 95 percent chance of him not living. We decided to bet on the five percent,” said Salsman. “We wanted to meet our baby boy regardless.”

When Kaden was born, his parents weren’t sure if he would live but they didn’t truly believe that he would die. His mother calls his birth “a dream come true.”

“We didn’t know what to expect. He started crying and we instantly knew he was going to be okay. I melted. It felt amazing,” said Kaden’s father Kelby Casebolt.

Over the five years since his birth, Kaden has suffered over 40 broken bones and has undergone countless surgeries. He knows when he has broken a bone and has adapted to be more cautious during certain activities, such as climbing off of the couch.

“He lives fearlessly, but he lives with caution as well,” explained his mother. “[…] He’s like a glass doll is what I call him. He’s just a glass doll you have to be very careful with.”

Kaden continues to shock doctors, and the medical staff who know little about his rare condition are prone to follow his parents’ lead in the emergency room.

“They still ask me questions,” said Salsman. “They still ask, ‘What kind of treatment is he on? How many fractures has he had? Does he break all the time?’ It’s so rare that even they ask me what’s going on.” 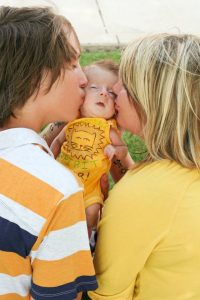 Baby Kaden with his parents.

Kaden’s parents describe him as having a big personality. They say he is creative and kind and has a lot of empathy for others. He loves life so much that anyone who is around him has to love life too when they see how happy he is. Kaden loves to dress up as his favorite superheroes, especially the ones who can fly.

“I like the fly parts. Yeah, because I love flying,” said Kaden. “And I like Batman, and Bane, and Green Lantern, and Super Mario!”

Thankfully, Kaden’s parents are not alone in their choice for life despite a frightening diagnosis like Osteogenesis Imperfecta. Little Zoe’s parents also chose life after being told Zoe may not even survive until her due date. She is now a happy six-year-old.

Receiving a diagnosis for a child can shatter a parent’s world, but only when the child is still inside the womb do doctors and others burden the parents with the concept of killing that child. Every human life has equal value and everyone should be allowed the chance to live their lives, no matter how short or challenging they might be.