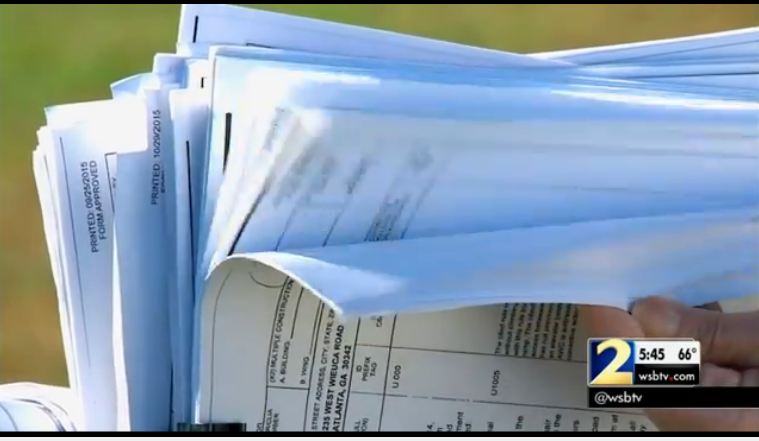 In their investigative report, after they learned that these abortion facilities were not improperly disposing of aborted babies, Channel 2 wanted to see exactly what the state had found after performing a complete inspection of abortion facilities and how often inspections are done. The station then filed an open records report with the state, asking for state inspection reports of licensed abortion clinics dating back five years. What WSB-TV discovered would horrify the public. According to their report, the following violations were documented during state health inspections of these so-called “safe and legal” abortion facilities – and this isn’t the complete list: Expired medications and medical instruments, unsterilized equipment, sterile and nonsterile supplies stored in the same room, the vent in a biohazard room taped off with cardboard, stirrups wrapped in duct tape, iodine swabs used to prevent wound infections expired by 10 years, and soiled linens in surgical rooms.

In addition, the TV station discovered that one of the abortion clinics cited by the state was a Planned Parenthood facility in Augusta, which had 23 health or safety violations in one year alone and was fined $1,400 by the state. However, they also discovered that health inspectors waited two years before returning to the Planned Parenthood to see if the violations had been corrected. Virginia Gallaway with the Faith and Freedom Coalition told WSB-TV that she was shocked, because restaurants are inspected more frequently than abortion clinics. Interestingly, Staci Fox, Planned Parenthood’s Southeast CEO (which heads the Planned Parenthood mentioned in the report), claimed the inspections might be deceiving because some inspectors’ may be biased against Planned Parenthood – though she didn’t specify how a bias could create a health or safety violation:

Meanwhile, Ohio’s AG has announced that three of the state’s Planned Parenthood clinics (Bedford Heights, Cincinnati, and Columbus) have been illegally disposing of the bodies of aborted babies by throwing them in landfills. “Disposing of aborted fetuses from an abortion by sending them to a landfill is callous and completely inhumane,” Ohio Attorney General Mike DeWine said in a news release. “It is important the public be aware that these practices are taking place at these Ohio facilities.”

But Stephanie Kight, president and CEO of Planned Parenthood Advocates of Ohio has denied the allegation, telling Reuters, “Planned Parenthood contracts with vendors to handle fetal tissue in a respectful manner and in accordance with the law.”

A press statement released Friday by the Ohio AG named the specifics:

All three Ohio Planned Parenthood affiliates have sent fetal remains to companies which disposed of the fetuses in landfills.

Additionally, the Planned Parenthood facility in Bedford Heights stated it uses only one company for disposal. However, that company stated to investigators it does not accept fetal remains for disposal as a corporate policy.

During DeWine’s investigation of the tissue sale issue, he said his office found that Marietta, Ohio-based Accu Medical Waste Service, Inc., a waste disposal company used by Planned Parenthood affiliates in Cincinnati and Columbus, sent the remains to a Kentucky landfill.

The investigation determined that fetal remains taken by Lake Forest, Illinois-based Stericycle from a third Planned Parenthood affiliate, in Bedford Heights in suburban Cleveland, ended up in a different landfill. DeWine’s office didn’t identify that landfill.

Stericycle said in a statement it has a long-standing policy against accepting fetal remains. DeWine’s office said Planned Parenthood uses the company to dispose of its biological waste including aborted fetuses.

DeWine said that he has referred his investigative findings to the Ohio Department of Health for further action. Meanwhile, Planned Parenthood has filed a federal lawsuit against the state of Ohio “to protect abortion access” there.

Health and safety violations are nothing new to the abortion industry. It’s time more women knew that.