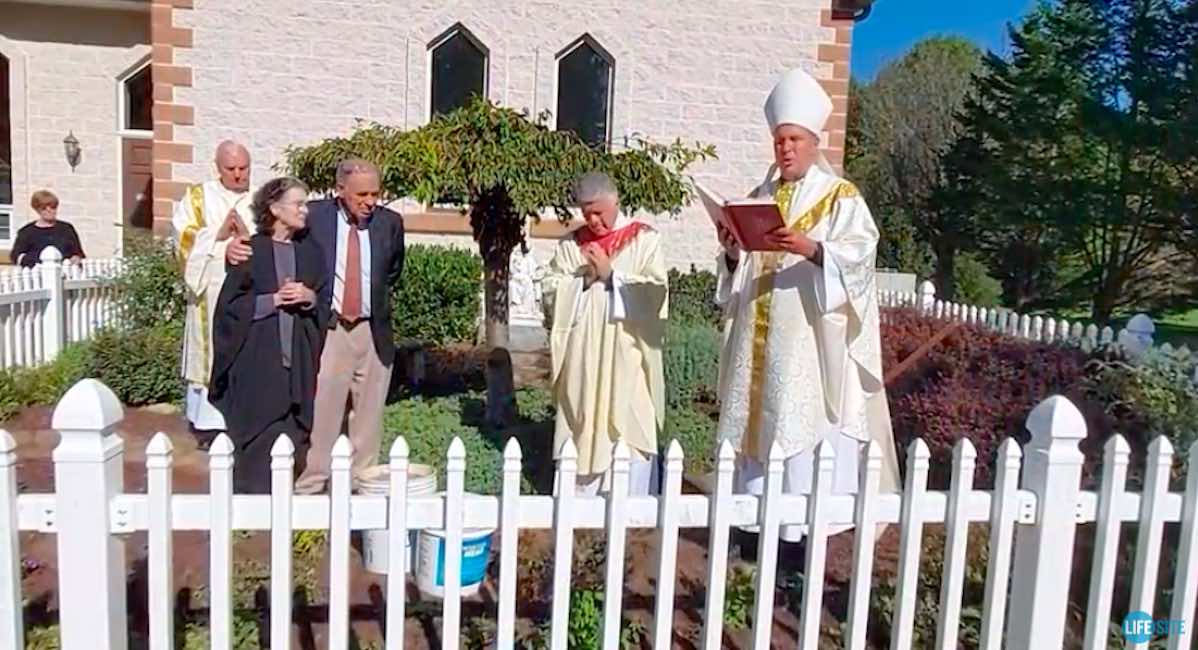 A Catholic bishop and a group of priests led a funeral service in Towson, Maryland, on Saturday, October 17, for an aborted baby who had been discovered in a restaurant’s toilet in November 2019.

As reported by Life Site News, the baby had been discovered by a restaurant employee who entered the bathroom for a scheduled cleaning and saw the baby’s body in the toilet. Police were called and the chief medical examiner determined that the baby had died at 25 weeks gestation. The detective assigned to the case reported that the mother had gone to an abortionist in Washington, D.C., who had begun the first step in the process of a D&E (dismemberment) abortion, in which laminaria is interested into the cervix to cause dilation. The mother was sent home to finish dilating, but before she returned to the facility, her baby was born.

According to the autopsy, the baby had died in the womb. If the abortion had been completed, the abortionist would have torn the baby girl apart, ripping her limbs from her torso before crushing her skull.

Marjorie Smith, the founder of the pro-life group WAKEUP, was able to obtain the baby’s remains from the state of Maryland’s Anatomy Board. She named her Philomena Grace after St. Philomena, and along with Jack Ames, the director of Defend Life, arranged to care for the body during the COVID-19 pandemic lockdown and arranged the funeral and burial.

At 25 weeks, baby Philomena would have been considered viable and capable of surviving outside of the womb. Babies born as young as 21 weeks, like Jemarius and Ellie, have survived with medical assistance.