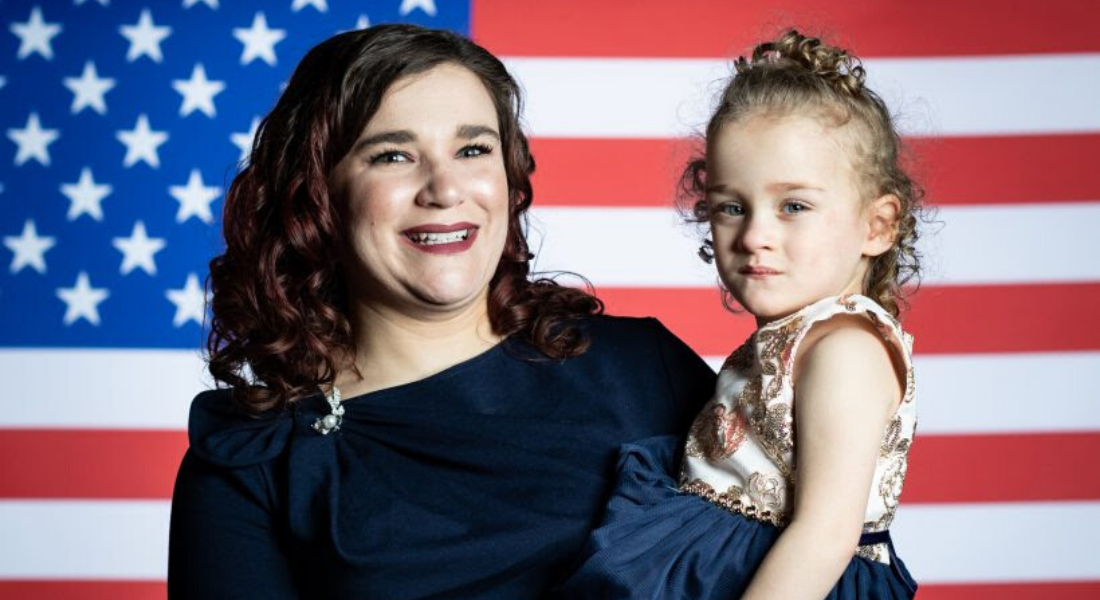 Every year, the president invites a group of special guests to come to the State of the Union, who, as the White House puts it, “represents the very best of America and people the world over.” Two of those guests are very unique indeed: a little girl who was born prematurely at 21 weeks, and her mother.

Eliora “Ellie” Schneider, born at 21 weeks and six days, is one of the youngest preemies to survive in the United States. Live Action News reported on little Eliora in 2018 when she turned one. Her life is an example of how giving every child a chance at life — regardless of gestational age or currently accepted age of “viability” (the ability to survive outside the womb) — is so very important.

“With the help of an incredible medical team — and the prayers of her parents and their community — Ellie kept beating the odds, exceeding milestones, and fighting for life,” the White House press release reads. “Today, Ellie is a happy, healthy 2-year-old girl who brings endless joy to her mother, Robin, and her entire family.” That medical team was at Saint Luke’s Hospital in Kansas City, Missouri.

Live Action News noted previously, “Saint Luke’s was the first hospital in the area to initiate a program designed to treat very premature babies born before 24 weeks of pregnancy. According to KSBH Kansas City (emphasis added), ‘Nationally… babies born prior to the 24-week mark… have a 6 percent survival rate, but at Saint Luke’s, they have a 50 percent survival rate.’ It’s clear that medical intervention has made a huge difference.” Recently, the British Association of Perinatal Medicine determined that children at younger and younger ages are surviving, prompting UK doctors to recommend lowering the age of “viability” by two weeks.

The road to where Ellie is today wasn’t always an easy one, but her parents believe it was worth it. “21 weeks and 6 days. We thought this was it, you know, we were going to lose our sweetie,” Schneider told KHSB in 2017. “She was 14 ounces, which is just a little bigger than a can of Coke.” It was just days older than the most premature baby born on record. It was months before they were even able to hear her cry.

“Just hearing a tiny cry from her… brought tears to our eyes,” Joel Schneider, Ellie’s dad, recounted to KSHB. “It had been months and months just waiting to just hear our baby’s voice for the first time.” And as far as they’re concerned, there’s a reason Ellie has done so well. “The fact that she’s alive and has as few complications as she does is a miracle,” Schneider said. “There’s no other way around it. Whether or not you believe in God — it’s a miracle. She should not be here… and she needs to know that. That she has a special calling on her life.”

Though Ellie is a miracle, she isn’t the youngest premature survivor on record; that honor goes to Courtney Stensrud and her daughter Lyla, born in 2014 at 21 weeks and four days. Lyla is now healthy and thriving. It’s important for stories like Ellie’s and Lyla’s to be shared. Not only does it give hope to other parents with premature babies, it also shows the world that these tiny babies are human beings, deserving of life and protection — no matter their age.

Live Action president and founder Lila Rose issued a statement on Eliora’s appearance tonight with her mother, saying, in part:

How we treat our most vulnerable determines the moral strength of our nation….

Ellie Schneider, was once completely vulnerable, but she survived being born at 21 weeks and is now 2 years old. It is tragic that babies like Ellie have no legal protection against losing their lives to abortion in certain places across our nation.

… No group that commits abortions should receive any taxpayer money, and Planned Parenthood kills 345,672 Americans per year through abortion and received $616.9 million tax dollars in 2018.  It’s time for our country to treat all human life, born and preborn, as equal in worth and dignity.