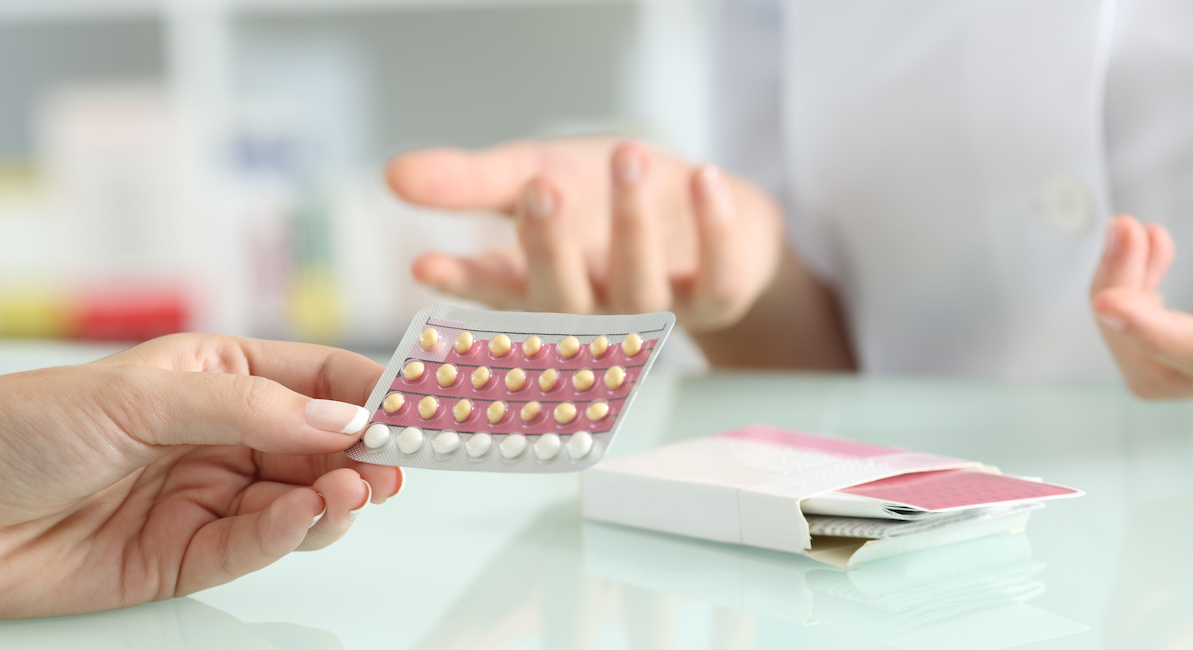 Sarah Hill is one of millions of American women who have taken hormonal contraceptives for birth control during their reproductive years. Like many others, for much of that time she was unquestioning and uncritical about what her birth control might be doing to her body besides preventing pregnancy. But that uncritical acceptance eventually changed for Hill, an evolutionary psychologist. As she documented in her 2020 book, “This is Your Brain on Birth Control,” women deserve more information about how hormonal contraception works, and more research into how it impacts their whole bodies.

Hormonal contraceptives are made from… testosterone?

Hill explains the differences in chemical makeup between different “generations” of artificial progesterone, or progestin, in hormonal contraceptive pills, and why that matters in terms of side effects. She writes, “Although the artificial estrogen (ethinyl estradiol) used in the pill is synthesized from actual estrogen, the majority of synthetic progestins out there are made from testosterone… Because the structural properties of progesterone molecules make them difficult to manipulate for use in medication, the progestins in birth control are actually made from something else. And in most of the pills out there, that something else is testosterone.” (Hill 85, emphasis added)

After manipulation in a lab, these testosterone molecules mimic some, but not all, of progesterone’s effects in the body, including pregnancy prevention, and they can also cause testosterone-specific effects too. In fact, three of the four generations of progestins, and one of the two fourth generation progestins, are all derived from testosterone. Some testosterone-specific, aka masculinizing, effects include decreases in good cholesterol (HDL), weight gain, acne, and “hair growth in places you don’t want hair.” On the flip side, directly blocking testosterone in the body, as the first type of fourth generation progestin does, is linked to decreased libido, among other things.

Hill explains that the impact of hormones in hormonal birth control extends far beyond the reproductive system, and that the effect of the exact same hormonal concentrations on individual consumers can vary significantly. She writes, “Hormones influence billions of cells at once, and exactly what they do to each of those billions of cells differs somewhat from woman to woman… The specific way that your body will respond to the pill’s hormones depends on a whole bunch of things that are you-specific…. Although the pill was created to have a very specific, targeted effect on women… hormones simply cannot work this way. There is no ‘magic bullet.’ You cannot send a ‘targeted’ hormonal message to one part of the body and not to others.” (Hill 89)

Hill zeroes in on the far-reaching effects of hormonal birth control:

Although this is true of any medication you might take, this is especially true for medications that influence your hormones. No matter where you administer the hormones… they all end up in the same place. And that place is everywhere. Any hormone in your body — whether the real deal (we call these endogenous hormones) or one of the artificial (exogenous) hormones in the pill — will get picked up by all the cells in your body that have receptors for that hormone…

It’s sort of like dropping an atomic bomb on your house to blow out a candle. Dropping a bomb on a house will blow out a candle. It’s just that its effects are sufficiently… nonspecific… to make this a fairly unpopular way to deal with one’s candle-extinguishing needs.” (Hill, 89)

Hill is insistent that women understand the whole-body consequences of hormonal contraception. She states unequivocally, “The brain and the rest of the body are too flush with hormone receptors for the pill not to change women. And it’s not just the areas of the brain and body that are directly responsible for orchestrating your cycles and coordinating pregnancy.” She says affected areas of the brain are those “responsible for things like emotional processing, social interactions, attention, learning, memory, facial recognition, self-control, eating behavior, and language processing. And we’re also talking about non-brain body parts like the immune system, the stress response, and your gut hormones.” (Hill, 90)

Hill notes that research on the side effects of hormonal contraceptives has previously been limited to “things that post an acute threat to survival,” like “blood clots, stroke, changes in blood lipid profiles, dangerous changes in bodily electrolytes.” (Hill, 89) Exploring the far-reaching impacts of contraceptive-caused changes to brain chemistry in individual users, as well as the societal ripple effects of the altered brain chemistry on behavior, is the bread-and-butter stuff of Hill’s own research work.

Hill acknowledges that “mood-related issues like anxiety and depression are super-common among women who go on the pill.” (Hill, 174) Shockingly, she claims “[a]lmost half of women who go on the pill stop using it within the first year because of intolerable side effects,” the principal of which is “unpleasant changes in mood.” These may be anxiety, depression, or both, and regrettably many women’s doctors have told them that “those changes in their moods aren’t real or they aren’t important.” The statistics, however, tell a different story.

Women deserve to know these kinds of risks and to be taken seriously when they mention them to healthcare providers.

Hill reminds readers that, unfortunately, “the general attitude with women’s health has long been that if what a woman is feeling isn’t written somewhere in a medical textbook or on a package insert, it’s not real.” (Hill, 167) Hill insists that, on the contrary, “Just because the way you feel hasn’t been well characterized by research doesn’t mean that it’s not real or that it’s not important.”

Rather than dismissiveness, she advocates for women to listen to their own bodies.

Unfortunately, listening to their own bodies is exactly the opposite of what most women expect to do when they begin taking the Pill or another version of hormonal contraception. After all, birth control is supposed to allow women to go on auto-pilot when it comes to pregnancy prevention and other health issues.

Fertility awareness methods, on the other hand, make women intimately familiar with how their bodies work, and can lead to increased confidence when they do bring concerns forward because they have “data” that backs up their lived experience.