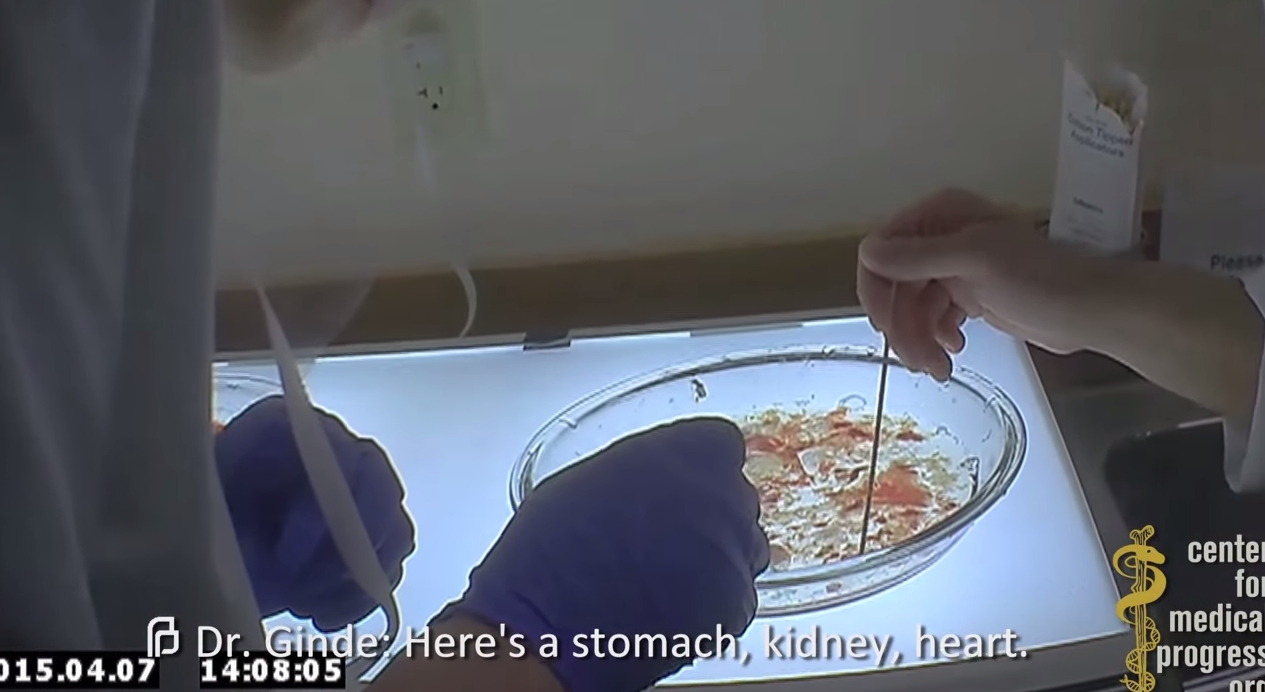 On August 10, Abby Johnson of And Then There Were None,  shared the story of a former Planned Parenthood security guard named Jim who was shocked by the undercover videos released by The Center for Medical Progress. The videos, extensively covered by Live Action and other pro-life news sources, show abortion clinic workers and Planned Parenthood officials engaging in dialogue about selling aborted baby body parts.

One person I swore to protect was the Vice President and Chief of Medical Services at Planned Parenthood, Savita Ginde. In fact, I was hired mostly because she approved.  She questioned me at length during the interview process, and I heard later that she was the main reason I got the job. At first, Jim had qualms about working for abortion provider. He had heard rumors from antiabortion activists about the clinic, and had a question for Ginde:

During that interview process, I asked her specifically “Why do the protesters claim you cut up baby parts and sell them for research?” Her answer: “Because they’re crazy.” I even spent many a morning telling the protesters how they were lying about the body parts being sold. We didn’t do that. I was confident we didn’t, because that’s what I was told.

Like too many people, Jim blindly believed what Planned Parenthood told him. But then:

However, recently it has come to light that some affiliates are harvesting body parts and selling them for research. I couldn’t believe it a few weeks ago when the first video came out. There was a top official for the Planned Parenthood national office talking so comfortably while eating a salad about being careful while performing the “procedure” so that she didn’t destroy the valuable parts.

While watching this video though, I was greatly relieved because as disgusting as it was, at least it wasn’t MY former clinic. At least the doctors I worked hard to protect weren’t doing this. I obviously worked for an ethical affiliate. We would never harvest baby parts and sell them.

But Jim was in for a rude awakening:

And then there was another video, showing Dr. Ginde, the woman who had interviewed me; the woman who swore to me that our affiliate didn’t do that; the woman who I protected; on video discussing how to maximize profit by ensuring all parts were harvested and sold separately.

There she was telling how the affiliate’s lawyer, who I thought I had developed an actual friendship with, had gone to great lengths to set up the procedures to harvest and sell the baby parts across state lines.

And there she was, with her medical assistant, actually dissecting a fetus that had just been aborted.

Jim was horrified at learning the truth, and shocked to see the remains of the aborted baby:

I sat stunned watching the video. They swore that our affiliate didn’t do that. They hid it from me, and lied to me so that I would continue to protect them while they did it. And the worst part of the video? The announcement of “Hey, it’s another boy!” The administration of Planned Parenthood are masters at presenting themselves in a positive light and denying pro-lifers’ accusations. But the videos are hard to deny.  Many people who thought abortion was simply the removal of cells or of “fetal tissue” have now seen aborted babies with fully developed arms and legs and intact organs. They have heard the callous, casual way that Planned Parenthood officials talk about the babies they abort. A lot of eyes have been and are being opened.

For every pro-choicer who hides his head in the sand, refusing to watch the videos, others are watching and becoming informed in a way they have never been before.

Planned Parenthood is well aware that if many people knew the truth, they wouldn’t support Planned Parenthood. They know the lies are needed. It is the job of pro-lifers to continue presenting the truth and exposing the lies.