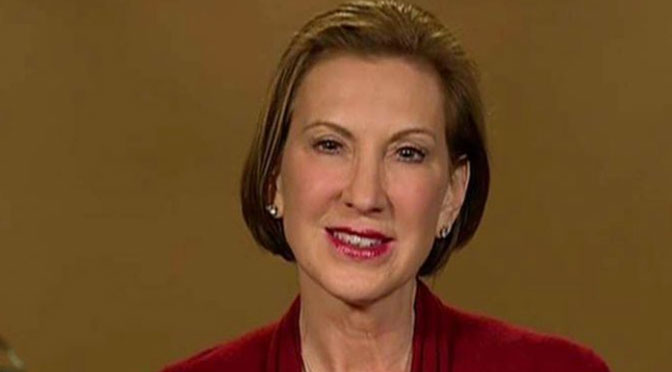 In the wake of Friday’s shooting at a Colorado Planned Parenthood facility, pro-abortion politicians, lobbyists, and members of the media have jumped at the chance to blame pro-life advocates for somehow encouraging the violence by speaking out for life. Fiorina has been a specific target of pro-choicers for her outspoken stance against abortion and Planned Parenthood.

On The Kelly File, Fiorina addressed these ridiculous accusations, calling out pro-aborts for only being concerned about “rhetoric” when it’s not on their side.  Pro-abortion politicians are happy to speak out against pro-lifers, but when it goes the other way, suddenly it’s “hate speech.”

“They demonize the messenger when they cannot take the message,” Fiorina said. “I haven’t used hyperbolic rhetoric about Planned Parenthood. I’ve spoken the truth. And I will continue to speak the truth.”

During the interview, several clips from the Center for Medical Progress’ videos were shown to viewers. The videos showed Planned Parenthood officials discussing barbaric procedures. Host Megyn Kelly also affirmed that the abortion procedure “does stop a beating heart.”

Fiorina emphasized her intent to continue standing for life. “They do not like the message – and this messenger will not be silenced.”