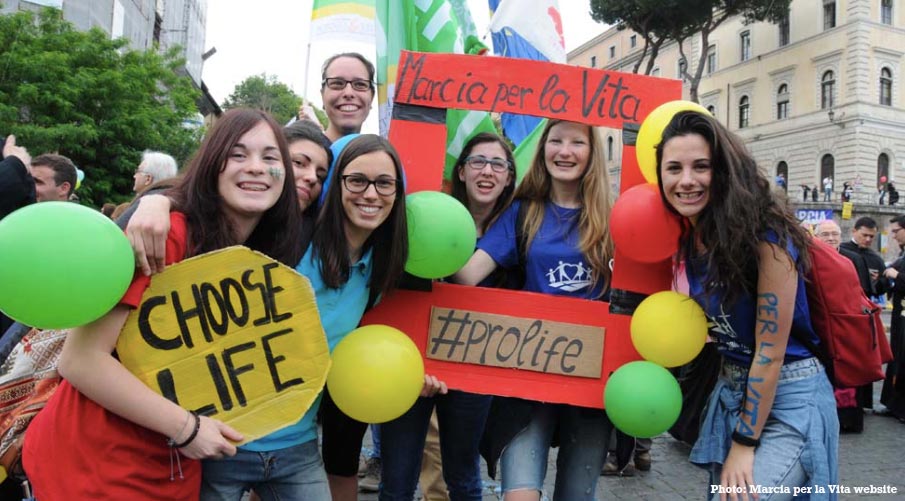 On Saturday, May 18, Rome will host its ninth annual March for Life. The goal of organizers in previous years has been to attract 100,000 people to the March — one for each of the 100,000 preborn children aborted in Italy each year. In recent years, the March has drawn between 15,000 and 20,000 participants.

In an interview with LifeSiteNews, the head of the Rome March for Life, Virginia Coda Nunziante, praised the pro-life policies in the United States as an example for Europe to follow. She said the March for Life in Washington, D.C., shows what is possible through pro-life activism of more than 40 years. Coda Nunziante says, as a result of the U.S. March for Life and the pro-life advocacy surrounding it, “an entire generation of young people is becoming more and more pro-life and with their enthusiasm and determination the destiny of the country will change.”

She praised President Donald Trump’s pro-life policies, saying, “Quite aside from any judgment about the man, there is no doubt that the Trump administration has given great attention to the issue of life. I cannot imagine a President in any European country who, as soon as he is elected, cuts public funding for abortion.” Insofar as Trump has demonstrated his commitment to pro-life policy, she says European pro-lifers “would like our politicians to have his courage in this specific respect.”

Currently, Italy faces legislation legalizing assisted suicide and removing conscientious objections. Italy remains a strongly pro-life culture; in parts of Italy, 90 percent of doctors refuse to commit abortions. Elective abortion was legalized for the first three months of pregnancy in Italy in 1978. The law requires women undergoing an elective abortion to take a one-week reflection period and obtain approval from a doctor.

Coda Nunziante says the hope for this year’s March for Life in Rome is to build on the work of previous years. She said, “Our strength lies not so much in the number of people who take to the streets, but in the consistency and perseverance of a battle that we continue to fight year after year, without falling back, but instead always gaining ground.”