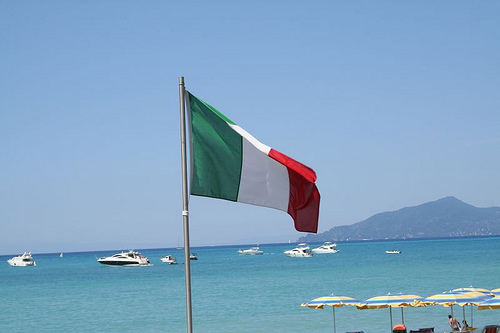 Abortion may be legal in Italy, but there exists strong sentiment against it.

While Mother’s Day is traditionally spent with family, honoring mothers who sacrificially provide for and support their families, this year in Italy, some people had other plans.

Protesters numbering into the thousands gathered in Rome to protest the 1978 law that legalized abortion. Included within that group were people from the United States and Poland.

In the 1930s, the Italian Penal Code prohibited abortions unless the life of a mother was in danger. Then, in 1975, contraception laws were found unconstitutional, and abortion laws were struck down to the extent of allowing abortions to prevent “a serious threat to the pregnant woman’s health.” In that year the legislature also legalized divorce. Finally, in 1978, abortion during the first ninety days of a pregnancy was legalized.

The United Nations describes the abortion laws of Italy as follows:

A one-week reflection period is imposed unless the situation is one of urgency. A certificate attesting to the pregnancy and the request for termination must be issued by a physician and signed by both the woman and the physician. If the pregnant woman is under age 18, parental authorization is required. After the first three months of pregnancy, abortion is allowed only if the foetus has a genetic deficiency or to preserve the physical and mental health of the mother. An abortion must be performed in a public hospital or authorized private facility.

While abortion may be legal in Italy, there is strong sentiment that runs against it. Doctors and medical personnel can invoke the conscience clause:

When Law No. 194 [allowing abortion] was approved, the Holy See immediately issued a warning that any person performing an abortion and any woman obtaining an abortion would be excommunicated.  Owing to the political pressure exerted by the Catholic Church on members of the Christian Democratic Party and the fear of some physicians that their medical practice would consist largely of the performance of abortions, nearly 70 per cent of the physicians in Italy and a majority of other health-care professionals have invoked the conscience clause.  The situation is more dramatic in southern Italy, where in some regions the proportion of physicians resorting to the conscience clause exceeds 90 per cent.  In many smaller hospitals, there are no personnel willing to perform an abortion.

The 1978 law was challenged in a referendum in 1981; however, the voters chose to keep the abortion law in place.

Mother’s Day seems like an appropriate day to be championing the right to life, as there are many mothers who will never be told “Happy Mother’s Day” because their children were not allowed to be born.