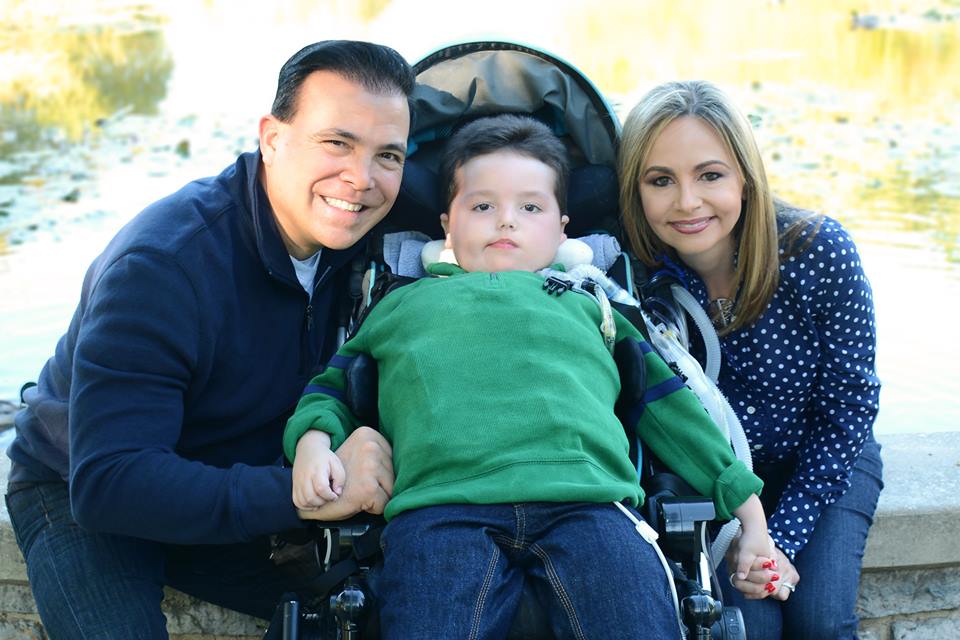 The father of a boy with a similar condition to Charlie Gard’s appeared on “Good Morning America” on July 4, 2017, praising President Trump for offering to help Charlie. On July 3, 2017, President Trump tweeted: “If we can help little #CharlieGard, as per our friends in the U.K. and the Pope, we would be delighted to do so.”

“President Trump has saved him. He was set to die yesterday morning,” said Art Estopinan, whose son Arturito has TK2 mitochondrial DNA depletion syndrome, similar to Charlie, who has RRM2B mitochondrial depletion syndrome. “My son has been on a ventilator for five years. He’s getting stronger. When he got home four years ago he couldn’t move anything, only his eyes. Now he can move his hands, feet and fingers, he’s a happy boy.”

Dr. Hilary Jones appeared on the same segment of “Good Morning America” and implied that some lives, like Charlie’s, are not worthy of living.

“You can keep somebody alive on an artificial respirator,” he said. “You can give them an IV drip full-time, 24 hour nursing around the clock. You can give them a gastric tube, but what kind of a life is that you’re giving your son or daughter?”

“What this gentleman is saying is absolutely 100% false,” Estopinan responded. “… Sir, you are totally 100% wrong. … Charlie Gard is a human being and he deserves the opportunity to live.”

When Chris Gard and Connie Yates first began fighting for their son Charlie’s life, Estopinan and his wife Olga put them in touch with a doctor who had helped their son, who was the first to receive the experimental treatment called nucleoside therapy in the United States. Though the Gard family is in the U.K. and the doctor is in the United States, Charlie’s parents decided to do everything they could to get their son to the U.S., even raising over 1.3 million pounds. But now, at the end of their legal battle, the courts have decided to allow the hospital to choose what’s best for Charlie, which, in the hospital’s opinion, is to turn off his life support.

Estopinan said that he is grateful to be in the United States, because if he had been in Britain like Charlie, he believes that his son would be dead. 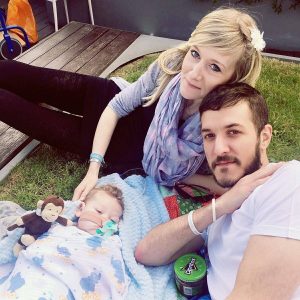 “We feel very fortunate to be American and not British – because if we lived in the UK, Arturito would surely be dead by now. We are beyond shocked that doctors in the UK are saying Charlie should ‘die with dignity’,” Estopinan told The Sun in April 2017. “How insensitive when there is a treatment which could save Charlie’s life and eminent doctors in the US who are willing to help him.”

As with Charlie’s parents, doctors told Estopinan and his wife that there was no treatment or cure available for their son, who was born seemingly healthy until he was about 14 months old. Arturito was originally believed to have the flu, but after being admitted to the hospital, he was placed on a ventilator, and his health began to further decline.

“Like Chris and Connie, we too desperately scoured the internet and eventually after stumbled across the nucleoside drug therapy,” said Estopinan. “There was no guarantee it would work. But after being told by so many doctors there was nothing we could do at all, it was hope. We were also warned that these medications might cause side effects but as Arturito’s only alternative was death we didn’t see any harm in trying it.”

The parents saw a change in Arturito within three months.

“Before the therapy he’d been unable to move his fingers or toes but after several months he could move his hands and feet,” said Estopinan. “He was more alert and awake. It was amazing to see our little boy coming back to us. There were no side effects either and after a year on the experimental medications he was well enough to come home.”

Six years later, Arturito continues to get stronger, and he is able to communicate with head movements and clicks of his tongue. He has regained strength in his muscles and is now able to smile again. Arturito enjoys trips to the zoo, to Broadway shows, to the beach, and to the movies.

“Nobody can deny the miracle that is before our eyes,” said Olga Estonian.

Despite the proof that the experimental nucleoside bypass therapy has helped Arturito and others, the courts in the U.K. sided with the doctors at Great Ormond Street Hospital, where Charlie is currently on life support. Doctors were originally going to end Charlie’s life support on June 30, 2017, but, after refusing his parents’ last wish to bring him home to die, have decided to give Yates and Gard more time with their son.