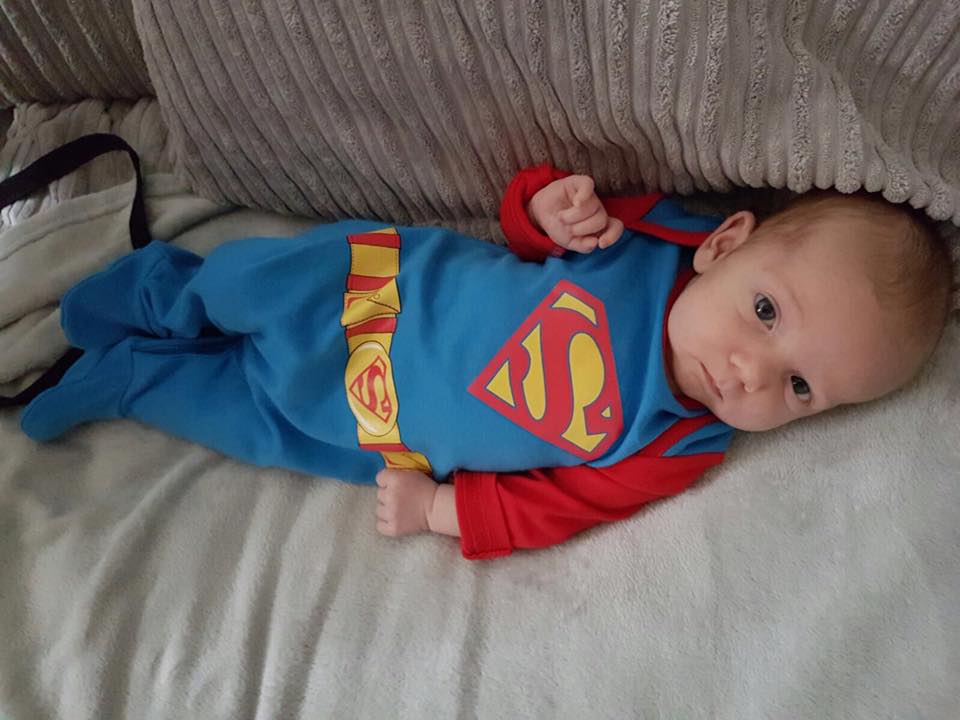 A court in the UK has ruled in favor of withdrawing life-support from a sick infant against his parents’ wishes. Doctors at Great Ormond Street Hospital in London told the court that they think Charlie is better off dead, despite the fact that a doctor in the U.S. has offered to use an experimental treatment on the boy and the parents had raised £1,267,750 to take the boy to the United States.

Chris Gard and Connie Yates welcomed baby boy Charlie eight months ago in London. Eight weeks later, the seemingly healthy child became ill and was soon diagnosed with the extremely rare RRM2B mitochondrial depletion syndrome. He is only the 16th person known to have the condition. After months in the hospital, doctors decided it would be best to remove Charlie from life support. Meanwhile, his parents found hope in an experimental treatment that saved the life of another young boy with a similar condition. Charlie and his parents after his birth.

Charlie’s doctors don’t believe the treatment will do any good because they say he has brain damage that would not be reversible. The medical team argued that Charlie should be removed from life-support and put into palliative care until his death because they don’t think he will ever have a good enough quality of life.

The judge, Mr. Justice Francis, made his decision to side with doctors, saying:

According to The Guardian, as the judge handed down this death sentence, Charlie’s father could be heard crying, “No!” Family members broke into tears. The judge called the U.S. doctor a “lone voice” and said that the treatment was “unknown territory.”

Charlie’s parents wonder why the judge won’t give Charlie a chance at treatment and a chance at life. They have three weeks to appeal the judge’s decision.

Yates told BBC, “We just want to have our chance. It would never be a cure but it could help him live. If it saves him, amazing. I want to save others. Even if Charlie doesn’t make it through this, I don’t ever want another mum and their child to go through this.”

Arthur and Olga Estopinan, American parents of Arturito who has a similar mitochondrial depletion syndrome to Charlie’s, have been in close contact with Charlie’s parents throughout the ordeal. Arturito was the first person in the U.S. to receive the experimental treatment Charlie’s parents are hoping to receive for their son.

In an interview with The Sun, Arthur Estopinan said that he and his wife “feel very fortunate to be American and not British – because if we lived in the UK Arturito would surely be dead by now.”

Arturito was a healthy child until about age 14 months when he became ill and was diagnosed with TK2 mitochondrial DNA depletion syndrome. His parents searched the internet for possible treatments and discovered the experimental therapy.

“There was no guarantee it would work. But after being told by so many doctors there was nothing we could do at all, it was hope,” said Arthur Estopinan. “We were also warned that these medications might cause side effects but as Arturito’s only alternative was death we didn’t see any harm in trying it.”

Arturito has made progress thanks to the treatment. He went from being unable to move his fingers or toes to being able to move his hands and feet. His parents say he is also more alert and that he has not experienced side effects. He continues to grow stronger.

“Nobody can deny the miracle that is before our eyes,” said Olga Estopinan.

Charlie’s mother believes that there is no reason the treatment can’t work for Charlie like it does for Arturito.

“This is why we have continued our fight,” she said. “All we’ve ever wanted is the chance for Charlie to try these drugs – Charlie will die anyway so we have nothing to lose.”

According to The Guardian, Gard and Yates had said that if they lost the case they might create a charity to support research into mitochondrial depletion syndrome with the money they raised.