A West Virginia father has been placed on probation after pleading guilty to incest in an unusual plea deal. According to the Herald Dispatch, the original charges state that Michael Joe Adkins, the child’s biological father, raped the girl at his Ona residence. He then covered up the sexual abuse by forcing her to have an abortion after she became pregnant at the age of eleven.  Earlier reports published by the Herald-Dispatch state that the alleged sexual assault occurred sometime between Oct. 1, 2010, and Feb. 11, 2011. Adkins faced charges of incest, sexual assault, obstruction, child neglect creating risk of injury and conspiracy. 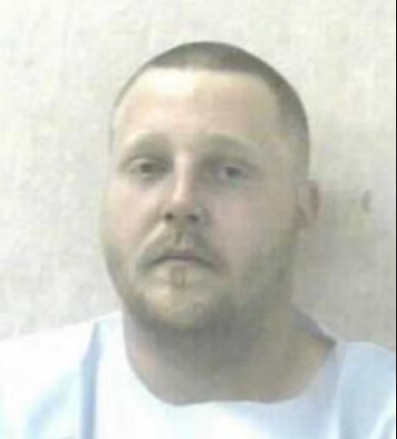 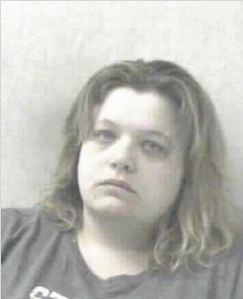 Corporal Moore told Live Action News that by the time police were notified, the child had turned twelve and was still pregnant. She stated that Child Protective Services were brought into the case when the parents, Michael Adkins along with Amanda Adkins, the child’s stepmother, took the child for medical care because she was ill, and doctors discovered the pregnancy. The couple was originally arrested in 2013 on charges of child neglect causing the risk of injury.

Then, in March of 2014, WSAZ reported that the couple was “accused of arranging two abortions within 15 days for his daughter, who was 11 at the time.”

Media reports indicate that on March 1, 2011, Amanda Adkins took the girl to a Charleston abortion facility. She then lied to doctors, CPS workers, police, and other authorities about the abortion, claiming it was a miscarriage.

Corporal Moore told Live Action News that authorities did not find out about the abortion until eight months later when a family friend, who traveled with the couple to the abortion clinic, mentioned it to friends in passing.

Live Action News confirmed with Corporal Moore that neither the abortion doctor nor the clinic in Charleston, which Moore said has since relocated to another state, notified them about the child’s abortion at the time, a point reiterated by WSAZ in 2013:

Up until the abortion, all the health care professionals involved in this case were in touch with investigators. That included a therapist and a physician who confirmed the pregnancy. Then, an abortion clinic in Charleston performed the procedure but didn’t notify authorities. We wanted to find out why, so we checked the laws.

According to Corporal Moore, it was too late to obtain fetal tissue to perform a DNA test and confirm the paternity of the baby.

“Her stepmom snuck her off and got an abortion and neglected to tell anybody,” Corporal Moore told local media outlets at the time. “She made statements telling everyone it was a miscarriage. The Adkins’ made threats against their daughter, telling her not to tell.”

Days after the abortion, on March 16, 2011, Amanda Adkins took the girl to her regular doctor, saying she was experiencing symptoms of a miscarriage. According to the Herald-Dispatch the indictment stated that the second procedure involved general anesthesia and placed the child in substantial risk of serious bodily injury.

“That point was withheld, which makes it pertinent in her health and her safety,” Moore said. “That’s where the neglect creating risk of injury comes in. The parents neglected to take care of her needs — her basic needs and put her in extreme danger by letting her go through an unnecessary procedure– be put under anesthesia when they knew that that had been performed before.”

According to the Herald Dispatch, “Adkins had entered a Kennedy plea in September 2015 to incest with a young girl. A Kennedy plea allows a conviction without the defendant admitting guilt or explaining his role in a crime. He will also have to register as a sex offender and take specialized classes and therapy as part of the deal.” The Kennedy plea allows Adkins to continue to claim innocence while acknowledging that the court has enough evidence to convict him.

The victim, now eighteen-years-old, spoke to the court through a family friend to say she was still in fear of her father. The Herald Dispatch reported that the victim felt she “can’t even go to the bathroom without feeling Adkins is hiding behind a corner waiting for her.”

“With the traumatic experience she has gone through, the loss she has suffered with her child, she doesn’t know the physical or psychological impact it’s going to cause the rest of her life in any relationships or having a family of her own,” the victim’s friend said. “I just pray you take into consideration her feelings and the rest of her life.”

“I’m just going to be blunt: I hope you screw up during those 50 years so I can send you to prison,” Judge Farrell told Adkins.  “If you violate any of the terms and conditions in the next 50 years, then the court can send you to prison – and I’m hoping that’s the case, because you should go to prison for what you did.” 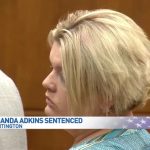 Amanda Adkins, now the ex-wife of the victim’s father, has pleaded guilty to child neglect and according to WCHSTV, she was sentenced the following day to 18 months of probation and 10 years of supervised release.

“The facts of the case are horrendous. Had your ex-husband been sentenced to prison, then I could have possibly considered putting you in prison,” the judge told Amanda Adkins. “But with him not going to prison, there is no way I’m going to send you to prison. You were not the main actor. You were the wife and got involved in it through your relationship with your husband.”

Corporal Moore told Live Action News that tragically, this was a case that lingered in the courts a long time. She said that she always tries to do what is best for the victim. In this case, accepting the plea deal allowed the victim to move on with her life and have closure.

Live Action News has been documenting the way that abortion facilities, including Planned Parenthood, continue to cover for child sexual abusers by failing to report the crimes to police. In 2002, the pro-life group Life Dynamics conducted an undercover investigation and found that a large number of abortion facilities were willing to protect child predators. Then, in 2010, an undercover investigation conducted by Live Action found eight Planned Parenthood facilities in six different states were willing to cover up sexual abuse, including disregarding mandatory reporting laws of suspected statutory rape. In 2014, Life Dynamics published actual criminal cases that revealed that in many instances, the failure of abortion staffers or doctors to report abuse often resulted in victims being handed back to their abusers, allowing the abuse to continue, sometimes for years.