Larry Lader, rightly dubbed the “father of the abortion rights movement,” influenced the women’s movement of the 1960s to push abortion. Lader was a writer by trade and became the biographer for Planned Parenthood founder Margaret Sanger, even referring to himself as her “disciple.” The two eventually parted ways over abortion. Watch to learn more:

In his biography, Lader said Sanger’s obsession with eugenics (an ideology the two shared) originated with her introduction to Henry Havelock Ellis in 1914, a psychologist and author of several books on sex, with whom Sanger was rumored to have had an affair. At the time Lader’s biography was published, it received some favorable reviews with Sanger herself arranging book signings. It was also reportedly distributed through Planned Parenthood offices. 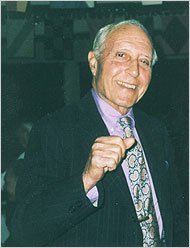 But, in co-authoring his second book on Sanger, Lader can be credited for remaking her from a eugenic fanatic into, as Planned Parenthood describes her, a heroine. Thanks to Lader, Sanger “the eugenicist” became known instead as Sanger “the birth control pioneer.”

Lader’s books barely mention the word eugenics and certainly fail to connect the evil philosophy to Sanger. But the Planned Parenthood founder admitted to meeting with members of the Ku Klux Klan, openly advocated eugenics, and supported the use of sterilization to rid the planet of the “unfit.”

Forced sterilization as a permanent solution was, in Sanger’s mind, a preferred solution to procreation of the so-called “unfit” over abortion. 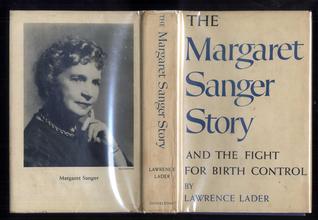 In his push for legalizing the abortion pill RU486, Lader recounted that Sanger had “skimpy” knowledge about abortion and claimed the topic caused a split between the two. “Ironically, I would eventually split with Margaret over abortion – only in a theoretical sense since, by 1963, she was too ill to carry on our old discussions,” Lader wrote in “Abortion II.”

“Margaret had always opposed abortion…. Naturally, she was right in the context of her time,” he continued.

According to the LA Times, Lader had observed Sanger’s strong opposition to abortion, “seeing the horrors of the women on the Lower East Side, with $5 in their hands, submitting themselves to butchers.” To Sanger, “birth control was a solution to abortion,” Lader realized.

Nonetheless, Lader’s time with the Planned Parenthood founder seems to have been the catalyst for Lader’s own abortion obsession. “I hesitated to deal with the subject after writing my biography of Margaret Sanger,” Lader wrote in “Abortion II.” “In 1955, I evaded it again…. By 1962, I made the first step, soliciting dozens of editors to write a magazine article on abortion, but being rejected by all. A year later, still concerned that I could be damaged as a writer by this connection, I started work on a book that was published under the blunt title, ‘Abortion,’ in early 1966.”

On April 14, 1966, during a discussion about abortion recorded by WNYC in New York, Lader was asked about his feelings on abortion. He said:

I did a biography of Margaret Sanger of the birth control movement ten or twelve years ago and from that point on I’ve been extremely interested in anything that denies to women — and to men also, but basically to women — what I consider their basic right to decide whether they should or should not become a mother. 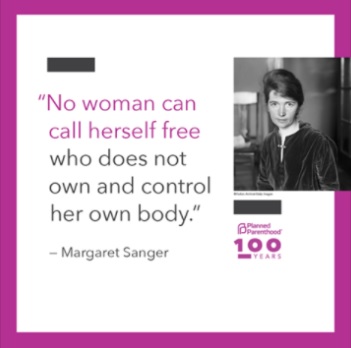 And then I add in my book, I state my own statement, the laws that force a woman to bear a child against her will are the sickly heritage of a feminine degradation and male supremacy. In brief, I believe that the right of a woman to bear or not to bear a child is one of the basic human rights and that this cannot be taken away from her….

Lader reiterated the Planned Parenthood founder’s influence in his book, “RU486.” He wrote (emphasis added), “My first book on Margaret Sanger indicated I had a feminist bent. Three crowded years of talking and working with Sanger had completely convinced me that a woman’s freedom in education, jobs, marriage, her whole life, could only be achieved when she gained control of her childbearing. I came gradually to understand that birth control required abortion as a backup measure when contraception failed or wasn’t used at all.”

Prior to the Roe decision, Lader took part in an illegal underground abortion referral service called the “Clergyman’s Consultation Service on Abortion,” founded by the Reverend Howard Moody. Lader made more than 2,000 referrals for women seeking illegal abortions while participating in this “service.”

Then, in 1967, Lader, along with former abortionist Bernard Nathanson (who later became pro-life) hijacked Betty Friedan’s 1960’s women’s movement and influenced the so-called feminist icon to add a pro-abortion plank to the National Organization for Women (NOW), which she founded. Soon after, in 1969, Lader helped Nathanson to found NARAL, originally called the National Association for the Repeal of Abortion Laws, and remained active until 1976, when Lader left NARAL for reasons “no one chooses to discuss,” as the LA Times noted.