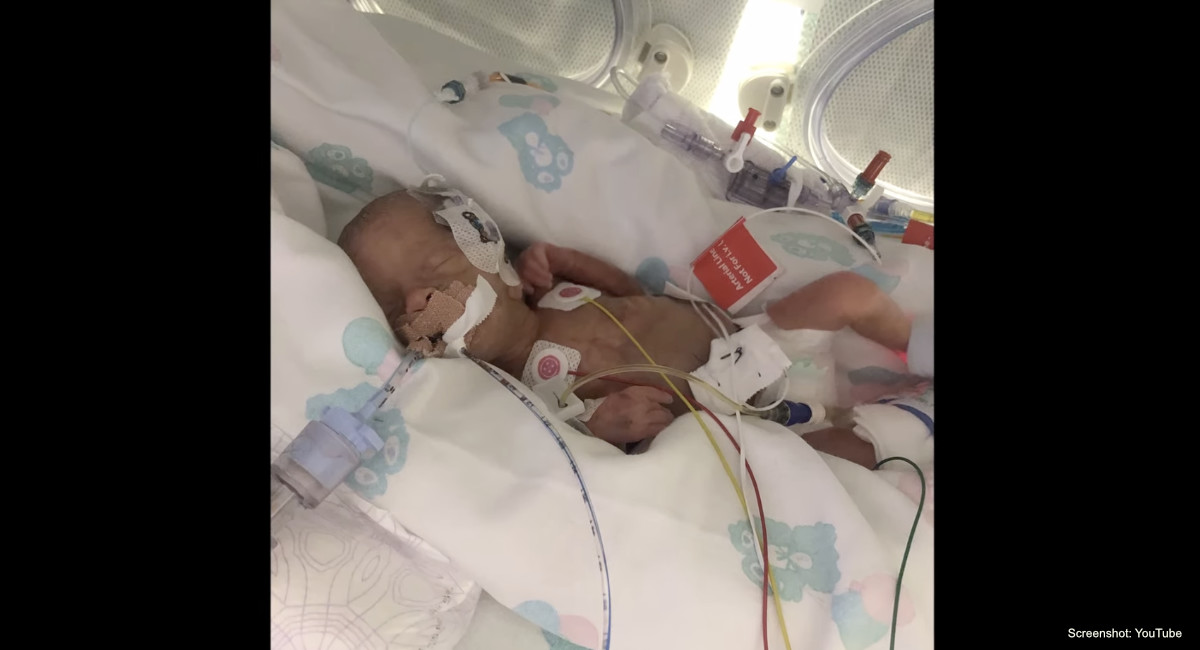 A family in Northern Ireland is praising the medical staff at both Royal Victoria Hospital and Craigavon Hospital who saved and cared for their premature baby girl, calling them “miracle workers.”

Baby Bonnie McGuinness was born in May 2020 at just 24 weeks when she had stopped growing in the womb and doctors delivered her in order to try and save her. She weighed only 1.5 pounds and the doctors told her parents to expect the worst.

“She was so fragile we couldn’t hold her hand,” her mother Claire told UTV.

“She was the size of your hand, she was just so tiny and fragile,” she added. But the medical staff who cared for her were “absolutely incredible.”

Her father Jonny said when he went to see Bonnie in the neonatal unit he didn’t know what to expect. “I had no idea what I was walking into,” he explained. “We didn’t know how small she was going to be. Marty, one of the doctors, was holding her head in his hand and I can’t describe the feeling of seeing that.” Click image below to watch a video on Bonnie’s birth: 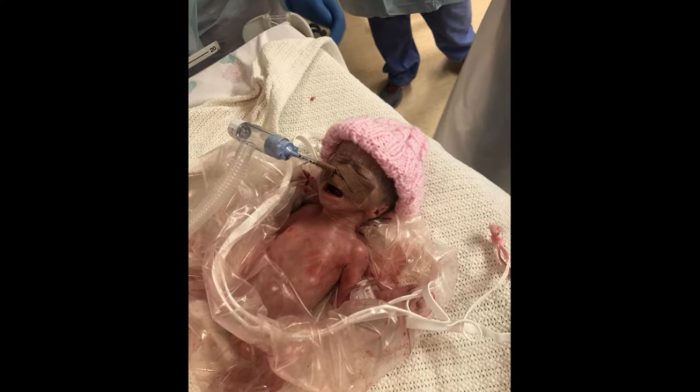 Though Bonnie faced obstacles and setbacks, including lung hemorrhages and sepsis, her parents worked to “keep her upbeat” by constantly speaking to her. They took shifts in the hospital while also taking care of their five-year-old daughter Anna, and they documented their time in the hospital to show Bonnie when she is older.

“It’s not an easy journey and some days you think she is doing really well are the days she gets a setback. She did have quite a few setbacks,” said Claire.

READ: Born at just 24 weeks, this micro-preemie is now a thriving toddler

But the medical team took great care of Bonnie as she spent 12 weeks in the hospital. “You can’t fathom how much of a different type of person they are — they are miracle workers,” said Jonny. “When we made our way down to delivery, the neonatal team lined the corridor, ready to get Bonnie.”

Bonnie celebrated her first birthday in May and her parents decided to give back to TinyLife, a charity that supported them through their hospital journey. Knowing they are not the only families to go through the birth of a preemie, they raised over £4,000 for TinyLife, which offers practical and emotional support to the parents of premature and ill babies.

“With a glint in her eye, every day, Bonnie is not looking back on what happened, she is moving on,” said Claire.

Babies born as young as 21 weeks have a chance of surviving if they are given proper medical care. Though the current standard for viability is 24 weeks, when doctors do provide care to micro-preemies, they can thrive. However, there are still many doctors who refuse to provide care for children born so young, believing there is no chance they can survive. The organization TwentyTwoMatters has created a global map so parents can learn which hospitals will provide care to their premature babies.