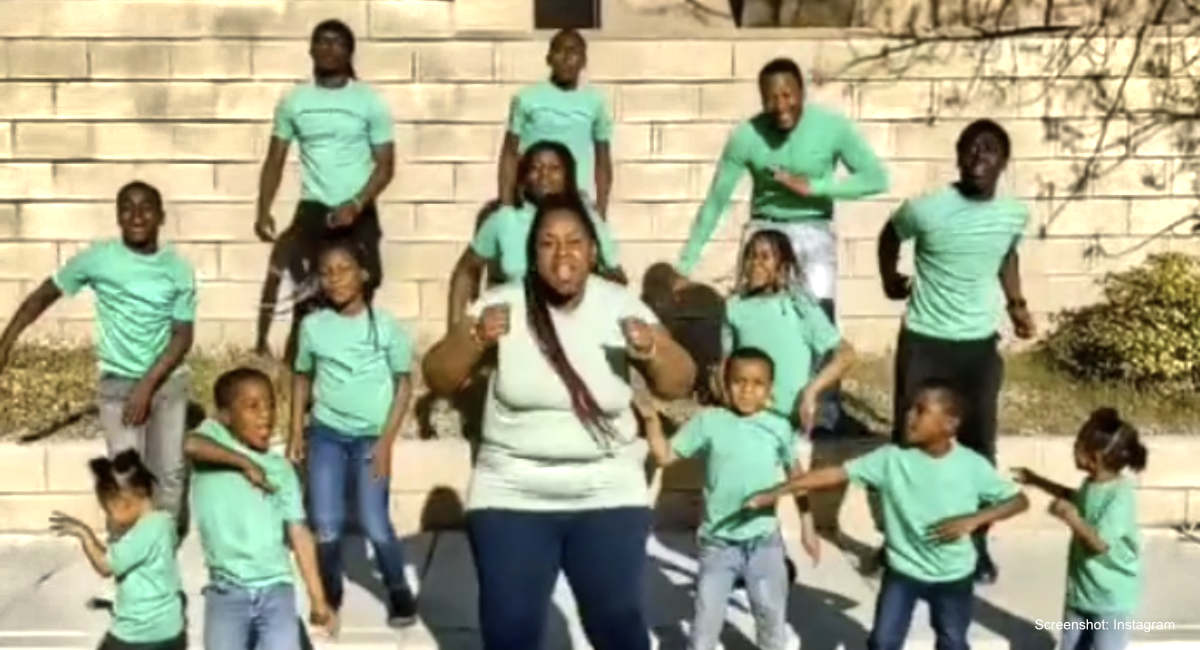 A family with children born over the course of the last 16 years has gone viral on TikTok for videos featuring their large family.

Iris Purnell and her husband, Cordell “Storm” Purnell, have 12 children together, and post videos of their family adventures on TikTok, where they have gone viral. Purnell has over 500,000 followers and over six million likes, and online, they’re known as the Storm Family.

When the couple originally met, both came to the marriage with one child each; by the end of their first year of married life, they had welcomed a baby together. “We got together, got to know each other,” Cordell Purnell told Fox News. “We got married and had our first son together shortly after. So, we had three children at the start of our marriage.”

From there, the children just kept coming, and Purnell said she would have more children if she could. Yet it wasn’t always easy for her; she had to take a break from her job as a choreographer to focus on her family, and initially, she struggled. “I was trying to find life at that time because I never wanted to be a stay-at-home mom. That wasn’t what I wanted to do,” she said. “So, it was a struggle for me mentally because I didn’t know how to articulate that I wasn’t happy.”

@mrsstorm11 Just in case no one told you today. You’re doing a great . I believe in you. You got this. You are enough. #momof12 #viral #fyp #foryou ♬ Drip Too Hard (1er Gaou Mix) – Thejokestation0 • Following

In 2006, however, Purnell found faith, and it changed everything. “At that time, I had been going to church and decided to get saved,” she explained. “I found a new life and a new meaning of purpose. That’s when I was like, ‘You know what? If God wants me to have this many children, then I’ll have as many children as He deems for me to have.’ So, that’s how we ended up having 12.”

READ: After two generations of adoption, family finds incredible way to give back

Their children range in ages from three to 17, and they have seven sons and five daughters. Together as a family, they work to build a faith-filled life with God at the center. “We’re intentional about this walk with God,” she said. “It has done wonders for our marriage, as far as us coming together, communicating and being patient with one another.”

After having their 12th child, Purnell underwent a tubal ligation, out of concern for Purnell’s health, a decision the couple made together. “It wasn’t easy for me. I was actually against it at first,” she admitted. “But then I realized that marriage is about compromise. If we’re supposed to work together, then I have to see that [my husband is] looking out for my best interest. And so I agreed.”

Today, she spends her time doing all she can to help her children with everything they need. “She always wanted to be a teacher, so this is a great purpose,” Cordell Purnell said. “And [as] a mom, I think she takes on the role of being a teacher, being a caregiver. When I met her, she was in nursing school, so she gets to fulfill all of that.”

“I feel like children are a blessing,” Purnell said. “And if it’s a blessing, then who am I to stop it?”