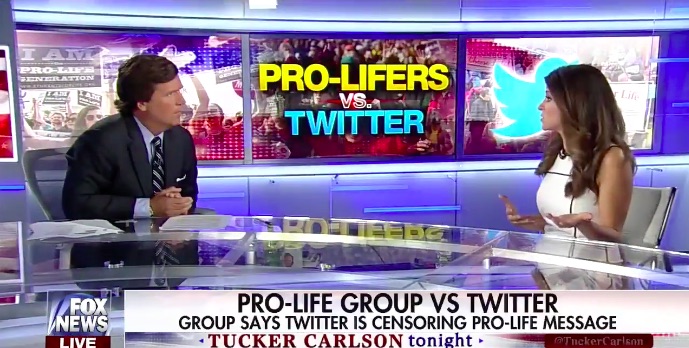 Media outlets have reported about Twitter’s suppression of Live Action’s pro-life content since 2015. And to this day, nothing has changed. Pro-abortion groups are allowed to advertise on Twitter, but the social media company has suppressed Live Action’s ads for years now, calling our messages “offensive” and “inflammatory.” Some examples of “inflammatory” content are a photo of a child in the womb with a statement promoting the right to life. Even ultrasound images, like the ones that most expectant moms hang on their refrigerators, are viewed as inflammatory by Twitter. In 2017, we released Live Action’s email exchanges with Twitter, showing that the social media outlet required that Live Action remove such “sensitive content” from our own website before it would run our ads. View those emails here: Emails between Live Action and Twitter

It’s no secret that the mainstream media leans pro-abortion, actively covering up for Planned Parenthood and the abortion industry. They parrot the industry’s neatly packaged scripts for their “news” stories, and, much of the time, simply ignore (or bury) any news that would make the industry look bad. The only way that pro-life outlets can counter the continued onslaught of pro-Planned Parenthood, pro-Roe v. Wade messaging is to take the truth directly to the taxpayers of the nation through social media. These taxpayers deserve to know that their hard-earned dollars are funding an abortion chain that does more abortions than breast exams and commits over 300,000 abortions annually.

But for a number of years, the pro-Planned Parenthood, pro-abortion bias has been creeping into social media platforms as well, with those in charge of the websites actively suppressing and censoring the pro-life message. This robs millions of people of the opportunity to hear the pro-life viewpoint.

Recently, Facebook executives admitted that they “limit [the] distribution” of unpopular messages on the platform. Facebook’s vice president of video, Fidji Simo, told Entertainment Weekly, “… [W]e think there’s a pretty big difference between what is allowed on Facebook and what gets distribution…. We tell our algorithms that this is probably not something we want to see distributed widely…. We actually pop up a module that says, ‘Hey you’re about to share something our fact checker thinks is inaccurate, you may not want to do that.’ That decreases distribution very dramatically, north of 80 percent, that’s very effective at reducing the spread of it.'” Vice News reported that Twitter has been “limiting the visibility of prominent Republicans in search results — a technique known as ‘shadow banning….'” Once this made headlines, Twitter “adjusted its platform overnight to no longer limit the visibility of some prominent Republicans in its search results,” calling it a “side effect of its attempts to clean up discourse on its platform.”

But when this happens to pro-life groups — and it does, regularly — calls to end the bias fall on deaf ears. 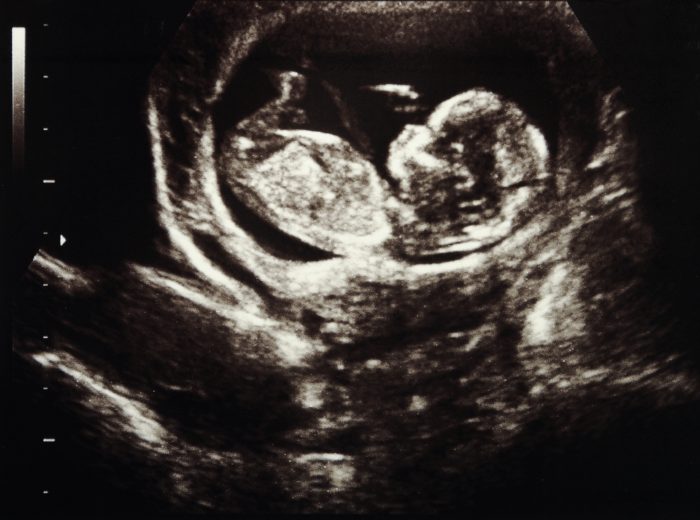 Is this controversial and inflammatory?

Planned Parenthood is allowed to tweet that a woman has a right to an abortion, but when Live Action tweets that a baby has a right to life, Twitter considers that “inflammatory” and “offensive.”

Planned Parenthood can tweet that people who don’t want their taxes funding an abortion chain are extremists, but when Live Action tweets that Planned Parenthood should be defunded, Twitter considers that “inflammatory.”

While it won’t censor Live Action’s and Lila Rose’s tweets outright, Twitter has banned our ability to advertise our content until we delete all the tweets it deems offensive – or, in reality, all the tweets that offend Planned Parenthood. Twitter has told us that we must delete:

Twitter has effectively limited speech on the side of the issue it apparently rejects. This is disturbing behavior for a social media platform with over 300 million active monthly users which presents itself as a forum for people to voice a variety of opinions.

Twitter’s mysterious “policy committee” determines what content is offensive according to rules and standards it alone defines, with little explanation and no process for appeal. Live Action was told a year ago that a meeting with this team would not be possible.

Twitter has the right to determine its own standards, but its actions are clearly biased against one side of this issue, on which Americans are as divided as ever. Twitter is suppressing pro-life messages — even simple, basic facts about human development — facts deemed irrelevant by the “pro-choice” side.

What the Numbers Show

Planned Parenthood’s focus, for years, has been on increasing abortions while reducing what few women’s health services it does offer. But pro-life groups telling the truth about this in Twitter ads just isn’t allowed. According to Planned Parenthood’s own annual reports:

Live Action’s pro-life messages in the photos above contrasted with Planned Parenthood tweets are from its regular Twitter feed and can still be found there. In order for Twitter’s advertising ban to be lifted, we have been told we must delete these tweets and others like them from our feed, because they are considered “inflammatory.” Planned Parenthood’s tweets, however, are not considered “inflammatory,” and its ad account is in good standing.

Twitter isn’t the only social media organization suppressing the pro-life message. YouTube has placed “content warnings” over some of Live Action’s videos. When a person tries to watch the video but is not logged in to YouTube, he is informed that the material may be “inappropriate.” This warning is placed over the video below which contains no graphic images, but features actual statements from Planned Parenthood staff giving a woman false information about the science of fetal development. Many social media companies consider messages that do not support Planned Parenthood “inappropriate.” 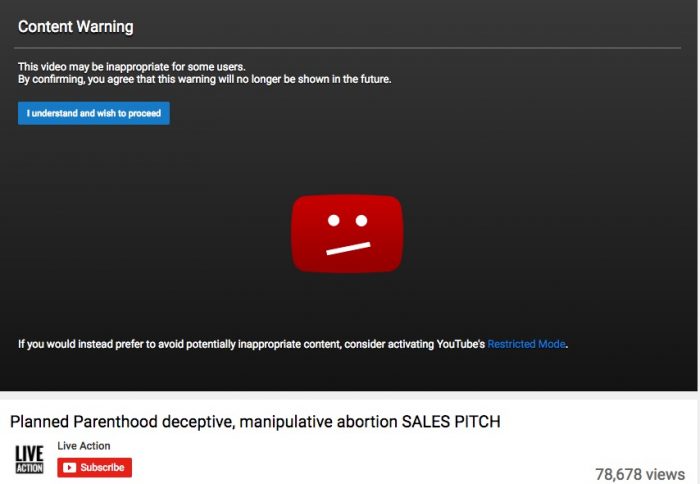 Here are more examples of what Twitter has declared inflammatory:

There are 8,735 licensed mammogram facilities in the U.S. and @PPact runs none of them. Via @AllianceDefends pic.twitter.com/3Ire2nqFlu

Editor’s Note: This article has been revised from its original publication on June 27, 2015. Read the original here.