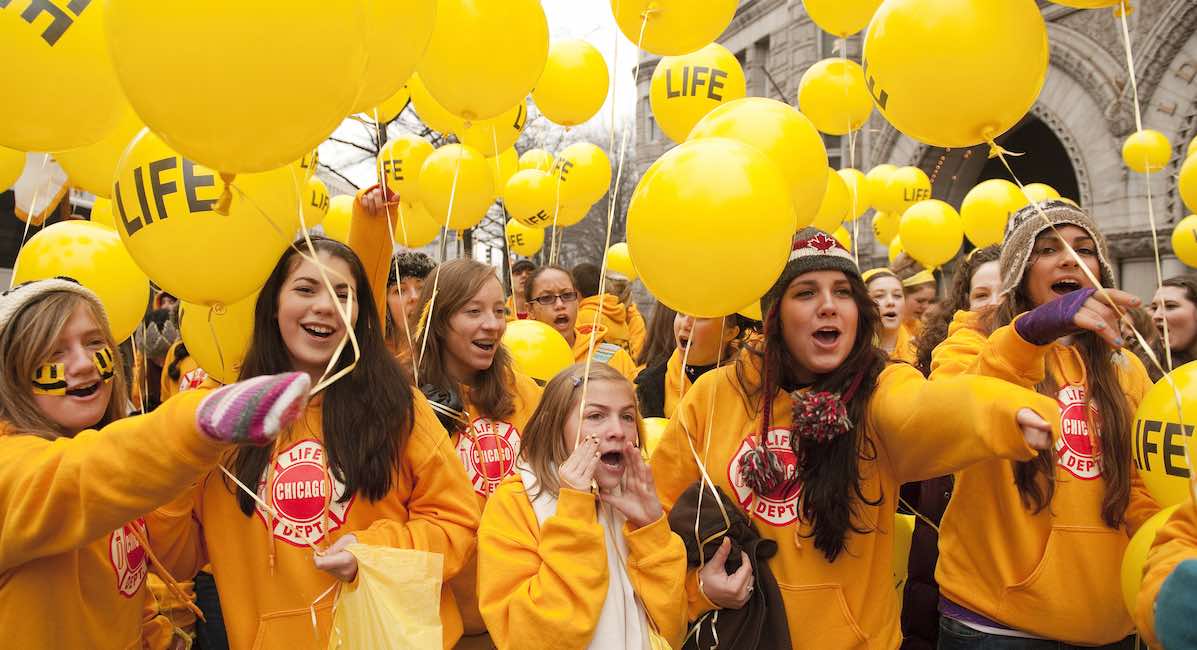 (Pregnancy Help News) The March for Life Chicago 2020 will be “a massive expansion of previous marches,” organizers are saying, in response to the state of Illinois’ recent abortion expansion legislation. Because Illinois is the most “pro-abortion” state in the Midwest, they say, the pro-life movement throughout the Midwest will become more active than ever.

For the first time the traditional rally and march will be coupled with a convention featuring pro-life organizations from across the United States, a young adult evening event and a fundraising banquet.

“Furious that Illinois legislators have made this state an abortion oasis for the Midwest, pro-life advocates from across the country are empowered to come together in a joyful gathering knowing we can build a brighter future,” March for Life Chicago Board President Dawn Fitzpatrick said in a statement. “More people than ever plan to turn out for the March for Life Chicago.”

The Reproductive Health Act was signed into Illinois law in June. The radical abortion expansion enshrined abortion as a fundamental right.

It also eliminated spousal consent, waiting periods, criminal penalties for abortion providers and restrictions on abortion facilities, such as licensing requirements and health and safety inspections. And it repealed the state’s Partial-birth Abortion Ban Act, while also establishing “that a fertilized egg, embryo, or fetus does not have independent rights under the law, of this State.”

Citing statistics from the National Right to Life Committee and the Illinois Department of Public Health, the March for Life Chicago organizers illustrated the need to march for life in the Windy City.

Over 57 million unborn babies have been victims of abortion in the United States since its legalization in January 1973, the stats say; that’s 1.3-million babies each year or 3,600 babies each day killed by abortion in the United States. In the Chicago metropolitan area (Cook County, Illinois), 1 out of 4 pregnancies ends in abortion. In 2014, 21,511 babies were victims of abortion — that’s 59 abortions each day or one baby aborted every 24 minutes in Cook County.

Fitzpatrick, who serves as the senior coordinator for Respect Life Ministries at the Archdiocese of Chicago, said the new offerings associated with the Chicago march will prepare participants to support life in their respective local area.

“This expansion gives participants the opportunity to connect with companies, organizations and other individuals from across the country who share their values,” she said. “Now, they will depart ready to take further action in their own communities.”

READ: 2020 March for Life to showcase how being pro-life is pro-woman

This year’s event is set for Saturday, January 11. Thousands of attendees are expected from Illinois, Wisconsin, Indiana, Michigan, Iowa, Ohio and Missouri.

As a partner with the National March for Life, the 2020 March for Life Chicago will have the same theme as the national march scheduled for January 24 in Washington D.C.: “Life Empowers: pro-life is pro-woman.” Some 45 organizations are partnering with the event.

The March for Life 2020 keynote speaker will be abortion survivor Claire Culwell. Culwell was born two months premature after miraculously surviving the abortion that took the life of her twin sister. She was adopted, and in 2009, reconnected with her birth mother.

Editor’s Note: This article was published