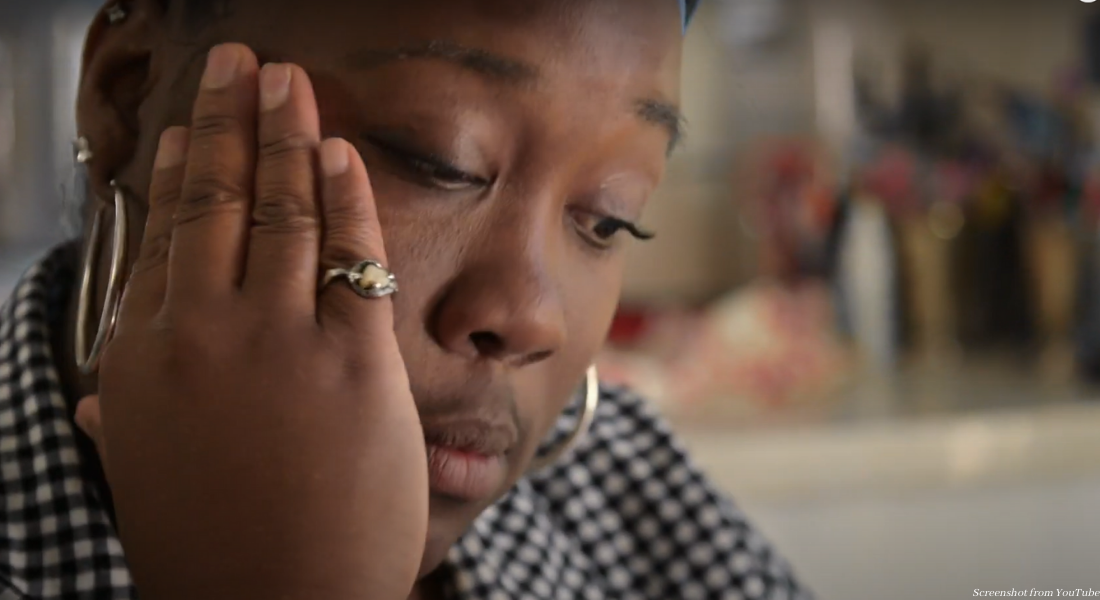 A horrifying scheme described as modern-day eugenics has come to light, thanks to the bravery of a victim-turned-whistleblower. Kelli Dillon was given a 15-year prison sentence after killing her abusive husband in self-defense; while in prison, Dillon says she was lied to about a medical condition and was then forcibly sterilized without her knowledge or consent.

Scott Hechinger, a Brooklyn public defender, tweeted about Dillon’s experience. In 2001, while imprisoned at Central California Women’s Prison, the world’s largest women’s prison, Dillon was told she needed surgery to remove an ovarian cyst. Five years later, Dillon began to experience symptoms of menopause at age 24, and it was only then that she discovered she had been given a hysterectomy without her knowledge or consent. She quickly sued the California Department of Corrections and Rehabilitation (CDCR) but lost.

Instead of giving up, Dillon worked with a team of filmmakers who followed her for seven years to tell both Dillon’s story and the stories of other women who suffered the same injustice.

The documentary, “Belly of the Beast,” was released late last year, and the statistics noted by the filmmakers are disturbing. Women are currently the fastest-growing prison population, and the vast majority of these inmates are already mothers in their childbearing years. The majority are Black, and most are incarcerated for non-violent offenses. Sadly, 92% of these women have been victims of violence and abuse in their lifetimes.

In California, over 1,000 female prisoners were forcibly sterilized, most of them Black. Many of these women were falsely told they had cervical cancer or had hysterectomies unknowingly performed on them after they gave birth. Erika Cohn, director and executive producer of the documentary, found out about these atrocities through Cynthia Chandler, the attorney who represented Dillon and helped her pass SB1135, a bill that bans sterilization in prison for birth control purposes.

Cohn added, “There’s layers upon layers upon layers of how these procedures happen. And the one thing that remains consistent is that these are coercive illegal sterilizations.” According to Dillon and Hechinger, doctors said forcibly sterilizing Black inmates was better than them leaving prison and going on welfare.

“That is one of the things that has happened to the African American Black woman: We’re seen as welfare recipients. And we’re seen as burdens on the system,” she told The 19th. “If you can perpetuate that lie, and perpetuate those issues, then it’s easier to get not only the buy-in for the agenda and the policy to sterilize us, but you can also get the person who thinks they have a moral high standard of preserving life … you can get them to buy into that b——t too.”

Sadly, the story of California inmates being forcibly sterilized is not rare. Tennessee inmates were coerced into sterilization on a regular basis, bribed with time off of their jail sentences, a program that only came to an end in 2019. These are modern continuations of a long-time effort to sterilize inmates, who — among others — were deemed “defective” or “unfit” to have children.

When Dillon was originally put in prison, she had two toddler sons whom she rarely was allowed to see. Her hope was that once she finished her time in prison, she would be able to start her life over again, find love, and have more children. Yet the knowledge of what happened to her nearly destroyed her.

“It took a moment for me to actually open up and tell my story because it is the most painful part of my life,” Dillon told the Daily Beast. “When I think about it, I am choked up. It still comes up in the middle of my throat like a ball to the point where I almost cannot find my voice, even though my voice may seem strong and I seem boisterous and courageous—but that is not what I’m feeling on the inside.”