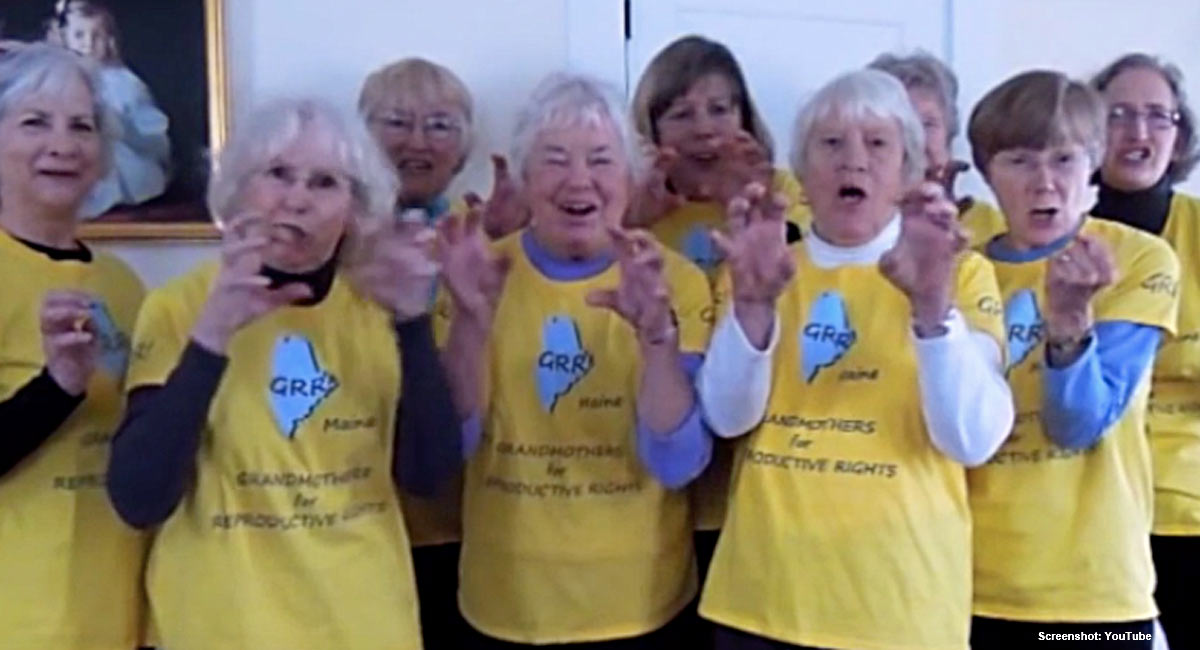 Most grandparents want to see their children bring new life in the world, and see grandchildren as a gift to be cherished. But one group of grandmothers has bizarrely gone the other direction, instead forming a group to promote abortion. Judy Kahrl is the founder of GRR!, or Grandmothers for Reproductive Rights, and claims that her fight for abortion is for children and grandchildren.

It’s not entirely surprising that Kahrl would have such a point of view; her father, Clarence Gamble of Procter and Gamble, was an ardent eugenicist. He was a founding member of the Human Betterment League, which not only promoted “family planning,” but also advocated for forcible sterilization of people who were poor, minorities, or had intellectual disabilities — with over 7,600 victims sterilized against their will. Gamble also worked with Margaret Sanger in an effort to carry out her “Negro Project”, which had the aim of preventing black Americans from breeding.

“Nobody seems to want to talk about abortion,” Kahrl said to the Free Press. “Abortion is a sticking point for many because it has become connected to religion,” she said. “It’s not a religious issue. It’s not a Republican or Democratic issue. Reproductive freedom is a human rights issue.” So in 2012, she and a group of other grandmothers founded GRR!, designing bright yellow shirts and setting up tables to pass out information at the Maine capitol in Augusta. “We were so new at it then that we barely knew what to say,” Kahrl said. There are now 40 grandmothers that are members of GRR!, and they focus on advocating for abortion.

And according to Kahrl, the age of the women in their group is a benefit. “As women age, I think they get more radical,” she said to the Free Press. “As one state legislator pointed out when meeting with Grandmothers for Reproductive Rights: you don’t mess with grandmothers. We are not career-focused. We are not going to lose a job by taking a risk of speaking out. It’s a different kind of power. Our bodies are slowing down, but our intellects are willing, and, at this point, we don’t care what people think.”

“This isn’t about us,” she continued. “We’ve had our children and grandchildren. This is for them.”

While Kahrl advocates for abortion from her position as a grandmother, many other grandparents are heartbroken when their children choose abortion, and grieve for the grandchildren they love. And perhaps unintentionally, Kahrl highlights a growing problem with abortion advocacy: increasingly, young people are shunning abortion, favoring more restrictions and are more likely to be enthusiastically pro-life, while young abortion advocates are more likely to be complacent. The intensity gap between young pro-lifers and young abortion activists is widening, so while Kahrl may have some luck in mobilizing grandmothers to fight for abortion, there may not be a generation willing to pick up the mantle after she’s gone. After all, younger generations have grown up seeing how abortion negatively affects people, and seeing the science that proves the humanity of preborn children. Is it any wonder that the fight for life is gaining ground?