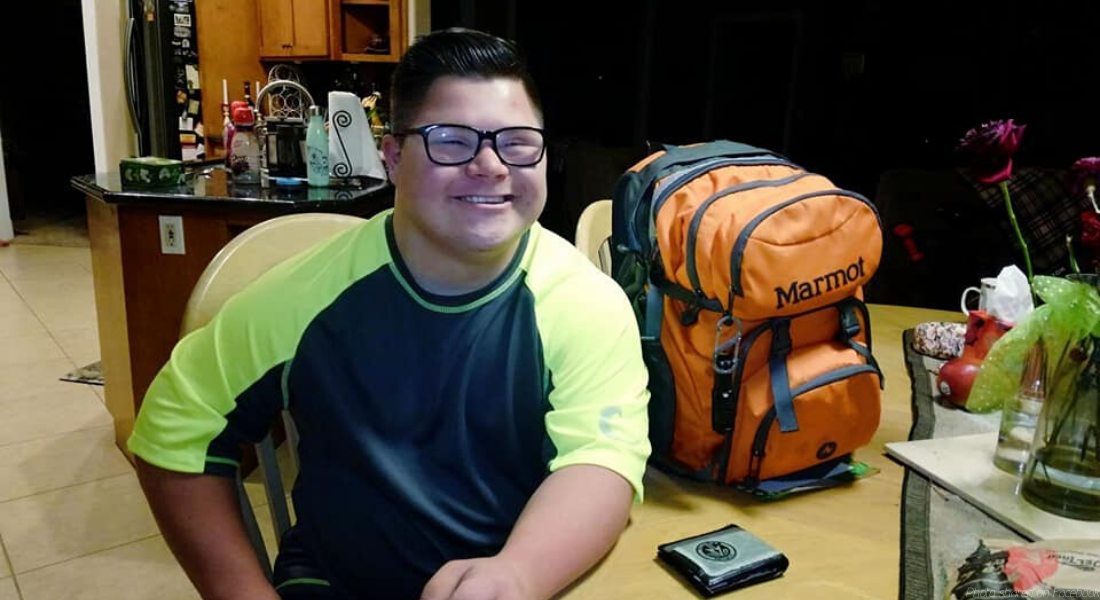 Garret Alcaraz, who just graduated from Tehachapi High School in California, only meant to make his high school leaderboard. Instead, he crushed the school record for a one-rep max in the bench press — and he also has Down syndrome. With that record, Alcaraz got himself heaps of nationwide attention, as well as a nod from ESPN.

Garage Gym Barbell—where Alcaraz works out—shared the video, explaining that Alcaraz was only trying to get on his school’s leaderboard before leaving. “He sure crushed it yesterday!” the post said. “Benching 355 lb like a beast. Congratulations young man. You have given so many motivation and def make us want to reach for those PRs!” Alcaraz is only 45 pounds away from breaking the Special Olympics bench press record as well.

The clip quickly went viral and spread on social media from outlets like SportsCenter, and it’s been viewed millions of times. The video was even shared by Arnold Schwarzenegger on Instagram, who wrote, “Garret, you inspire me! You set a goal and you achieved it. When this is all over, we have to train together.” The video was also nominated to win ESPN’s ESPY award for the “Can’t-Stop-Watching” moment.

READ: Special Olympian strives to be first person with Down syndrome to complete Ironman

On Reddit, commenters were blown away by Alcaraz’ strength and ability. “[L]ook at his legs, he’s not driving with his legs at all,” one commenter wrote. ‘This guy just pushed 355 with a narrow grip and zero lower body input, that’s insane. He’s pushing all of that weight purely with his upper body. Dudes [sic] strong as hell, I can’t imagine the weight he’d be pushing if someone taught him how to bench with proper form.” Another person added, “I don’t think people understand how big of a difference this makes. He’s basically pushing that weight with his triceps. Absolutely unreal.”

Alcaraz, who comes from a family of 10, has a lot of support from his brothers, even if they’re occasionally jealous. “I’m always jealous of Garret. He always gets all the girls but I’ve gotten used to it, but [then] I saw Arnold Schwarzenegger shout him out and show how incredible Garret is and the impact he has on people,” Kiel Alcaraz told 23ABC News.

Another brother, Trevor, joked that they’re always fighting to see who is going to work out with him. “To do what he did. I mean, it’s just it’s magical, you know, I mean it’s just—I mean, for him to have a disability and to be able to do that is just, you know, amazing,” Trevor Alcaraz said.

For Garret himself, the biggest accomplishment, however, is lifting not weights, but people’s spirits, according to his dad, Manny Alcaraz. He said, “[H]e’s happy that it lifted all these spirits, and gave all these people, motivation to work out, or just get gave them what they need in this time of day.”