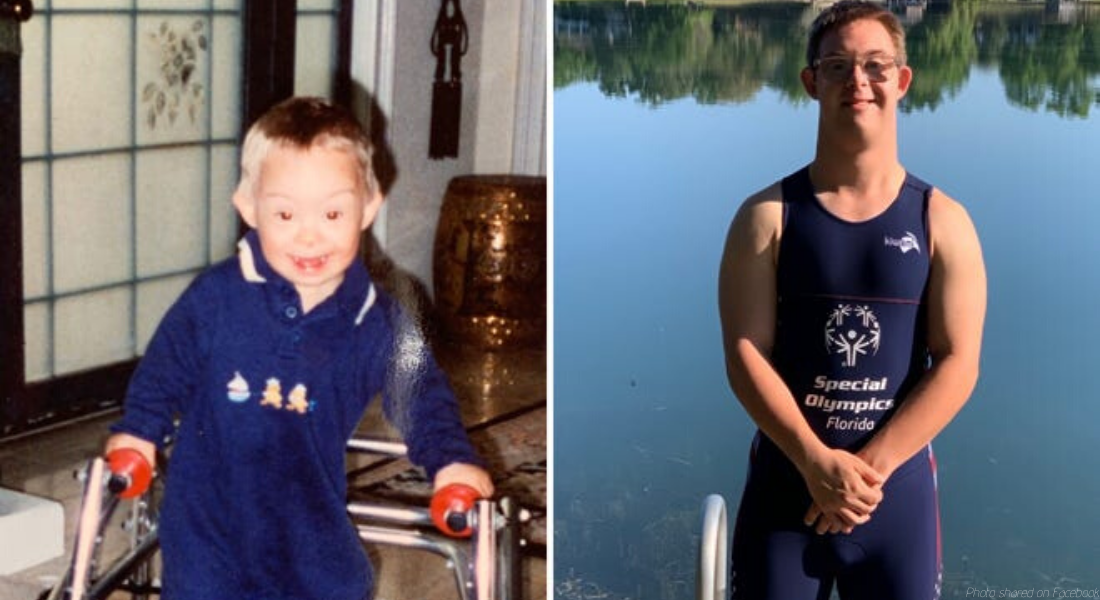 An Ironman triathlon is considered one of the most difficult athletic events in the world. Consisting of a 2.4-mile swim, a 112-mile bike ride, and a 26.2 marathon-length run — in that order, and all with mandatory cut-off times — there’s no doubting the difficulties athletes must fight through in order to finish. Numerous qualifying events are held around the world in order to compete for the Ironman World Championship, held every year in Hawaii. But for one hopeful, just finishing would be a major honor.

Chris Nikic is under no illusions about how hard it will be for him to complete an Ironman triathlon. If he does it later this year, he will be the first person with Down syndrome ever to finish. Nikic, who lives in Orlando, Florida, regularly runs triathlons. While he loves to swim, bike, and run, it’s crossing the finish line that’s his favorite part — especially the hugs waiting for him there from family members and spectators alike. “I like to be around people and encourage them,” he told Emily Randolph for Team USA, adding, “You can do things you never thought possible.”

But being an athlete has not come easily for him. Nikic had to undergo open-heart surgery when he was a baby and had to use a walker when he was three. Worse than that was the ableism he’s faced, with some people calling him “stupid,” or treating him like he was less capable than others. “Having [Down syndrome] means I have to work harder than everyone else,” Nikic said in an interview for USA Today. “I’ve learned to work harder in [life], and that’s helped me be ready for Ironman.”

Dan Grieb, a local realtor who also works as Nikic’s trainer and coach, stressed how difficult this journey is — whether someone has Down syndrome or not. “Obviously, the Ironman is not forgiving and Chris gets no breaks,” Grieb told USA Today. “You have to swim the full distance, run the full marathon, and bike the full time. It doesn’t change for anyone. Chris is going to be faced with the wall – where it will take a level of grit and mental toughness to get through. He’s displayed through all his practices he has what it takes because he’s been mentally prepared through repetition.”

Nikic began competing in triathlons when he was 16 but had to stop for two years after a series of ear surgeries. Afterward, Team USA noted that he could barely swim a lap in the pool or ride a bike. “He’s gone from barely being able to do anything, to running an Olympic-distance triathlon,” his dad, Nik Nikic, said. And considering his training schedule, it’s not surprising.

Every day after school, Nikic works out for three hours, in spinning, yoga, group martial arts, Zumba, and basketball. With gyms closed, he’s been having to do all of his triathlon training outside, meaning swimming in local lakes, and running and biking in the hot Florida sun. And he only gives himself one day off each week. “Chris doesn’t do it to win,” Grieb said. “He does it with a mission to inspire others like him.”

READ: Woman with Down syndrome makes history with college graduation

“I don’t use my condition as an excuse,” Nikic said. “Instead, I work harder… My dad told me, ‘Don’t ever doubt your dreams, Chris.’ He told me God gave me gifts. I don’t ever doubt my dreams now.”