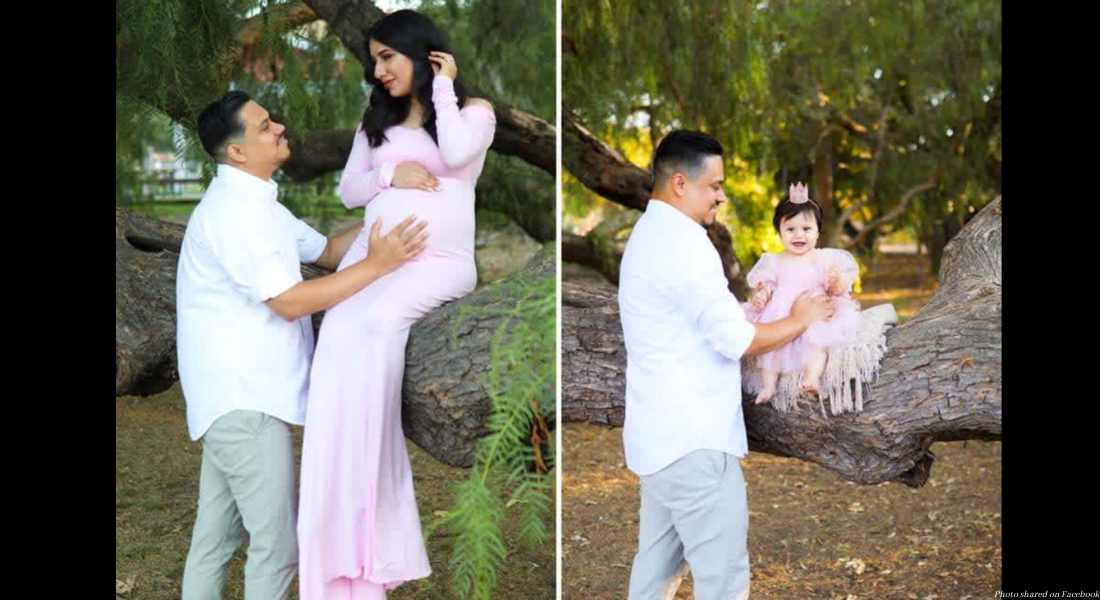 James Alvarez lost the love of his life when a suspected drunk driver struck his wife, Yesenia, while they were out for a walk. Yesenia was eight months pregnant at the time, and though their daughter was able to be saved by doctors, Yesenia tragically died. And now, with baby Adalyn celebrating her first birthday, Alvarez made sure to honor the beloved wife and mother’s memory.

Before the fatal accident, the couple posed for maternity pictures with Yesenia wearing a flowing pink gown. But just weeks away from giving birth, 40-year-old Courtney Pandolfi jumped the curb, slamming into Yesenia as she walked on the sidewalk with her husband. Alvarez wasn’t struck, but Yesenia was taken to the UCI Medical Center and pronounced dead. An emergency c-section saved Adalyn’s life. Pandolfi, who had two previous DUI arrests, was charged with murder. She faces life in prison if convicted.

Since then, Alvarez has been raising their daughter on his own, hoping to honor Yesenia’s memory. As Adalyn recovered in the NICU, he swore to do everything he could for her and said the bond he had with his wife is now present with his daughter.

“I want my daughter to have the best life. And anything I can do to fulfill that, I’m going to do it,” he told NBC4. “As soon as I held her, everything just washed away. It was just her and I in that moment. Seeing her there and calling for her name and her like opening her eyes looking for me, that meant so much to me because that’s what we did together, my wife and I. I’m up for the challenge. I know I don’t have my wife with me to help me, but I know she’s here spiritually. She’s giving me the strength to do that.”

For Adalyn’s first birthday, Alvarez recreated the maternity photoshoot, with the toddler girl wearing a pink dress like her mother, in the same location. He previously had honored Yesenia in their newborn photoshoot as well, with each shot carefully planned — including one with Adalyn clutching a photo of her mother.

“James and I had a plan of poses we wanted to capture and our goal was to honor Yesenia in each pose,” photographer Grisel Leyva told CafeMom. “We did that by using her makeup (she was going to school for cosmetology), wedding veil, her picture, favorite flowers, favorite blanket, and using pink for some photos for the color of her maternity dress.”

Leyva again worked with Alvarez for the photos of Adalyn for her first birthday, again making sure to honor Yesenia’s memory. “I wanted to create something special for Adalyn and James for Adalyn’s first birthday and also for Yesenia’s one-year anniversary of her passing,” she again told CafeMom. “I decided to photograph Adalyn’s photos at the same park and exact same spots that I had photographed Yesenia and James in 2020.”

In an Instagram post where he shared the images, Alvarez wrote that he wants to make sure Adalyn never forgets how much her mother loved her.

“It’s been a tough journey but I did it with my head held high. I try to be the best father I could be for my daughter. I want to make my wife proud,” he said. “Adalyn, I know if your mommy was here, she would have been the happiest person alive. She would be so excited to celebrate your birthday. That’s why, I’m making sure I fulfill her wishes and wish the happiest birthday ever baby. Your mommy and daddy loves you.”