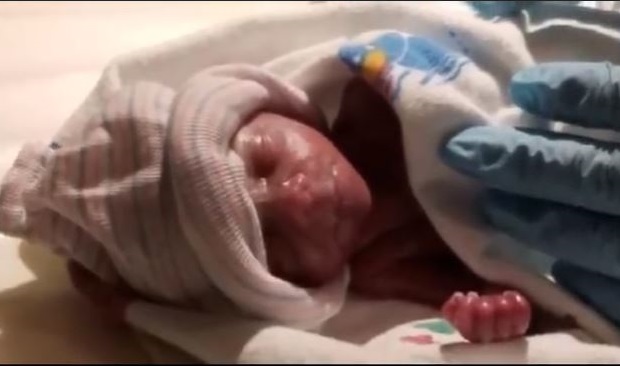 A bill to ensure that premature babies born at a hospital with a level three or level four neonatal intensive care unit receive medical care has been introduced in Ohio.

Known as Emery and Elliot’s Law, SB 151 would ensure that a complete assessment of the premature baby’s condition is performed. If the infant shows movement or makes sounds, has a pulsating umbilical cord or heartbeat, the hospital — with written permission from the parents — will provide that infant with aggressive life-sustaining treatment. No medical hold shall be allowed to be placed on the child. If the hospital believes that medical treatment should be discontinued, it should do so only when the parents complete a form indicating their consent to discontinue treatment.

The law is scheduled to go before a committee later this month. Amanda Finnefrock, the mother of twin boys Emery and Elliot, for whom the bill is named, will speak to the press that same day and will testify in favor of the law.

Emery and Elliot were born in June 2017 after Finnefrock went into labor at just 22 weeks and two days. When she arrived at the hospital, she was told in writing that if she made it to 22 weeks and five days, the staff in the Columbus, Ohio, hospital would assess and provide care to the boys.

Despite the fact that Finnefrock did make it to 22 weeks and five days, Emery and Elliot were not given the medical assistance that Finnefrock was promised. They were moving, breathing, and crying, yet doctors and nurses did nothing. For 45 minutes, Emery lived outside the womb without medical help before he died. Elliot lived for over two hours after birth with no assistance provided. Watch the heartbreaking video below:

Emery and Elliot are not the only babies to be denied medical care, and Finnefrock wants to ensure that other families don’t suffer what her family did.

Babies born as young as 21 weeks have been able to survive outside the womb with medical assistance. In fact, a study in the New England Journal of Medicine states that premature babies born at 22 weeks are much more likely to survive when given medical intervention than doctors had previously believed.