Planned Parenthood should be defunded. Despite all its scandals over the years, the pro-abortion mainstream media has largely kept the evidence of this from taxpayers. Perhaps it’s because the media approves of Planned Parenthood’s agenda, and the agenda of the politicians who defend the organization.

Here are some facts about Planned Parenthood that mainstream media has failed to report:

Fact #1: Planned Parenthood is a private corporation whose political action committee contributes heavily to the same politicians sending them millions of dollars each year — over half a billion annually. PP is a master manipulator and marketer politically and this drives the dollars politicians send them. Planned Parenthood’s CEO, Cecile Richards, was not hired for her health care “experience” but for her political savvy, as Live Action News’ Rebecca Downs has explained:

Fact #2: Planned Parenthood masquerades as a health care provider. This scheme to reinvent themselves was developed years ago, as Live Action News has detailed here, to mask the fact that they are the largest chain of abortion facilities in the United States.

Fact #3: There are thousands of federally qualified health centers which provide far superior health care to Planned Parenthood. Planned Parenthood has lost more than half a million patients (600,000) since 2011. Yet, taxpayer-funded health centers, as identified by the federal Health Resources and Services Administration (HRSA), increased patients by over 2 million by 2015, providing care to 24,295,946.

Fact #6: Planned Parenthood has been netting a profit for many years, exceeding its expenses — not just by a few dollars, but by tens of millions of dollars (yearly surpluses range from $12.2 million in 2001 to a high of $155.5 million in 2010). 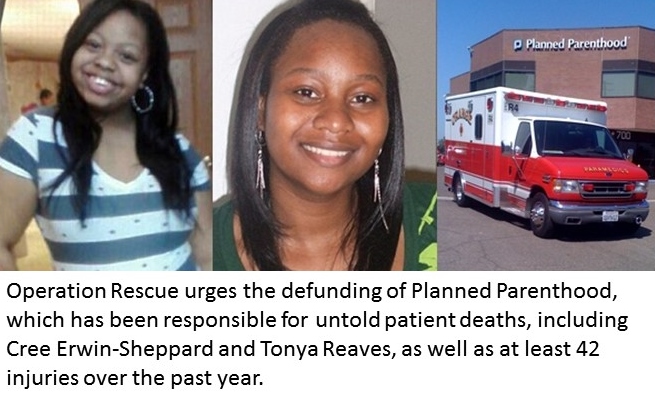 Fact #10: Planned Parenthood has violated the trust of patients by violating patient privacy, as stated above. In addition, an analysis by Live Action News found many other instances of privacy leaks by the government funded abortion business.

Fact #11: Planned Parenthood has been cited for overbilling abuses and has been accused of Medicaid fraud.

A 2017 report, conducted by the Charlotte Lozier Institute and Alliance Defending Freedom, looked at publicly available audits and discovered several egregious examples of fraud and abuse associated with Planned Parenthood.

Among other abuses, the study found:

Fact #12: Planned Parenthood has been caught failing to report child sexual abuse (a violation that alone should result in the organization losing millions of taxpayer dollars granted to it under the federal Title X Family Planning Program). Reports also found that victims of sex trafficking are sometimes taken to Planned Parenthood centers for forced abortions by their pimps.

So, when it comes to health care for women, Planned Parenthood is far from the worthy organization it claims to be. The bottom line is that American taxpayer should not be obligated or forced to hand millions of dollars to an abortion corporation with fraud and serious abuses on their record.