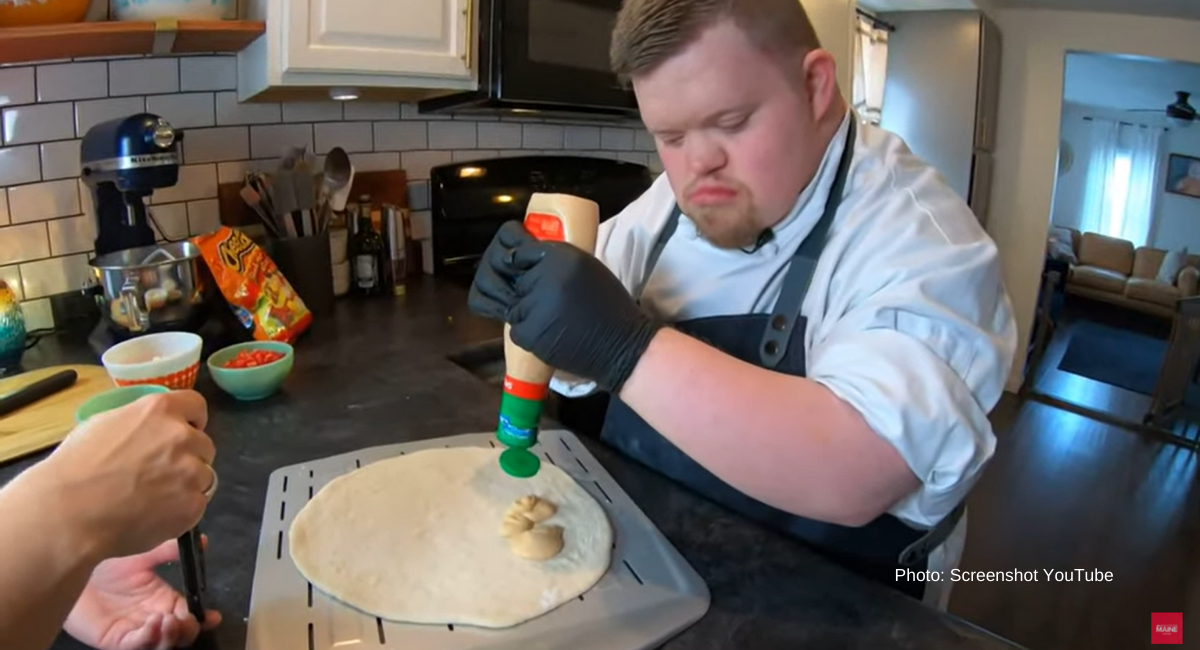 A chef with Down syndrome has become a star on TikTok, racking up over one million followers and millions upon millions of views. Adam Libby has already been wowing the internet with his delectable recipes, but he also just won a social media award in Las Vegas — a prize which included meeting one surprise celebrity.

Libby makes videos with the help of his twin sister, Emily McCormick-Libby. The siblings are from Lincoln, Maine, and post two videos a week. “Around town, everyone is like, ‘There’s Chef Adam,'” McCormick-Libby told NEWS Center Maine last year, explaining how the TikTok videos have helped Libby and other people with Down syndrome. “He is more confident. He’s just happier. I think he was depressed. Other families that have someone with Down syndrome have reached out and said how inspiring Adam is. It gives them hope for their children. It helps their child want to help in the kitchen more. Stuff like that is special.”

Recently, Libby was nominated for the Cheer Choice Awards, which honor positive, uplifting creators on social media. The awards ceremony is held at the MGM Grand in Las Vegas each year, and Libby was not only a finalist — he won in his category, which was cooking. 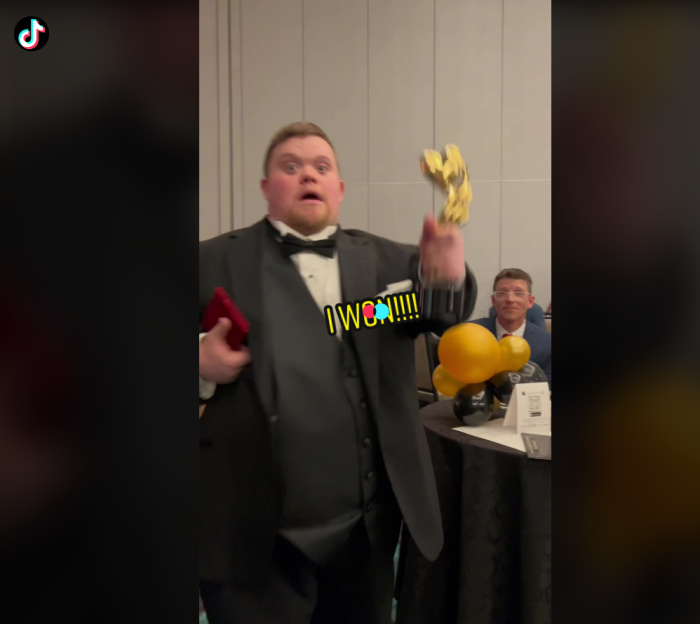 In a surprise twist, he got to meet superstar singer and dancer Paula Abdul while on the dance floor. Libby gave her a huge hug, while she kissed him repeatedly on the cheeks.

READ: Fraternal twins with Down syndrome are reaching thousands on social media

Amid whistles and cheers, Libby’s win was announced by Ophelia Nichols, another TikTok creator. Adam thanked his mom and dad, telling them he loved them, before McCormick-Libby, who escorted him to the podium, spoke.

“We get hundreds of comments where people say that Adam’s videos show that there’s still good in this world,” she said. “I just wanted to say that this TikTok journey has showed us and our family that there are so many good people in this world. And we just really want to say thank you.”