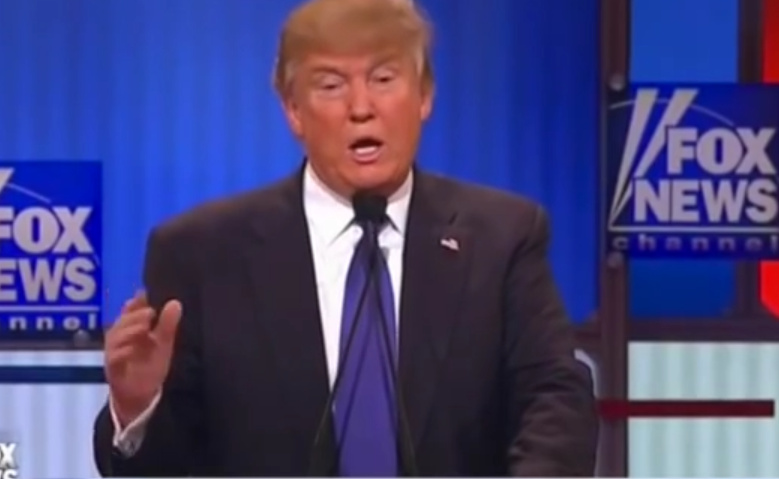 Presumptive Republican nominee Donald Trump has made some questionable statements concerning the pro-life movement throughout his campaign. But he has also recently hired John Mashburn as his Policy Director, who is a noted pro-lifer.

Susan B. Anthony List President Marjorie Dannenfelser applauded the move in a post for The Pulse 2016, calling it “an excellent hire, especially for the pro-life movement and our legislative priorities.”

I have known and respected John Mashburn for many years. He is a smart strategist with deep pro-life roots. John is well-respected across every issue set. For him, the life issue is foundational and one which helped draw him into politics.

Mashburn was the Chief of Staff to U.S. Senator Thom Tillis (R-NC), a pro-lifer who was endorsed by Susan B. Anthony List. Tillis has co-sponsored the Pain-Capable Unborn Child Protection Act, Born-Alive Abortion Survivors Protection Act, and the Child Interstate Abortion Notification Act.

Mashburn also worked with Sen. Jesse Helms, whom Dannenfelser describes as “a well-known pro-life activist…” and who “fought heroically to stop abortion on-demand in our nation and for the protection of unborn children, mothers, and taxpayers.”

Dannenfelser ends on a glowing note:

If I were running for president, I would want John Mashburn as a top advisor, too. Congratulations on your new hire, Mr. Trump. If elected, no doubt John Mashburn will serve you well as you fulfill your campaign promises to defund Planned Parenthood, advance and sign into law the popular Pain-Capable Unborn Child Protection Act, and appoint Justices to the bench who will protect and defend the Constitution.

Dannenfelser had previously voiced opposition to Donald Trump during the primary season, but she did not hesitate to give credit on this potential pro-life appointment.

The Susan B. Anthony List is a 501 (c)(4) organization which endorses pro-life candidates and has criticized both Democratic candidates, Hillary Clinton and Bernie Sanders, for their support of abortion on demand. Both Clinton and Sanders support abortion and Planned Parenthood, a national and world leader in committing abortions. Trump is now the presumptive GOP nominee and will likely face off against either Clinton or Sanders in the general election.

Having previously described himself as pro-choice, Trump has in recent times spoken about his conversion on the abortion issue. Though he has spoken well of Planned Parenthood’s non-abortion services–which have been on the decline–Trump has also expressed support for defunding the abortion giant, as well as support for pro-life legislation.

Trump thrust himself and the pro-life movement into the media spotlight for initially advocating for punishments for women who, should abortion become illegal, obtain abortions against the law. He changed his statement multiple times, at one point expressing the view that abortionists – not women – should be punished for illegal abortions, a view held by many pro-lifers.

Trump’s also caused some alarm with his desire to change the GOP Party Platform, advocating for exceptions on being pro-life. But RNC Party Chairman Reince Priebus dismissed such speculation, noting that the party platform language is up to the delegates, not to Mr. Trump or to any other candidate.

The pro-life group Students for Life of America recently linked to a Live Action News article about Trump’s view on the GOP party platform and offered pro-life training services to Trump.