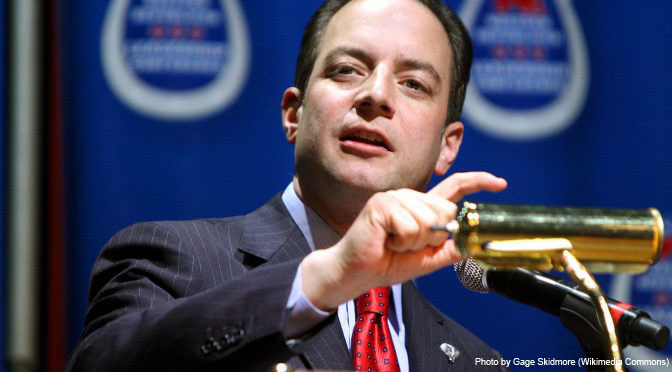 Last week, the businessman and GOP presidential candidate said he would “absolutely” favor amending the platform’s declaration “that the unborn child has a fundamental individual right to life which cannot be infringed” to make exceptions for rape, incest, and life-of-the-mother cases.

But on ABC’s “This Week,” Priebus noted that convention delegates, not the candidates, have the final say over any alterations to the party platform. “If that’s what Donald Trump is intending, then he needs to make sure that the people that agree with him are the people that are getting elected to the platform committee,” he said.

“I think our platform is pretty clear on those subjects. Life begins at conception, and that 14th Amendment rights apply to unborn children,” Priebus continued. “And I would suspect that that is what the platform is going to say after Cleveland.”