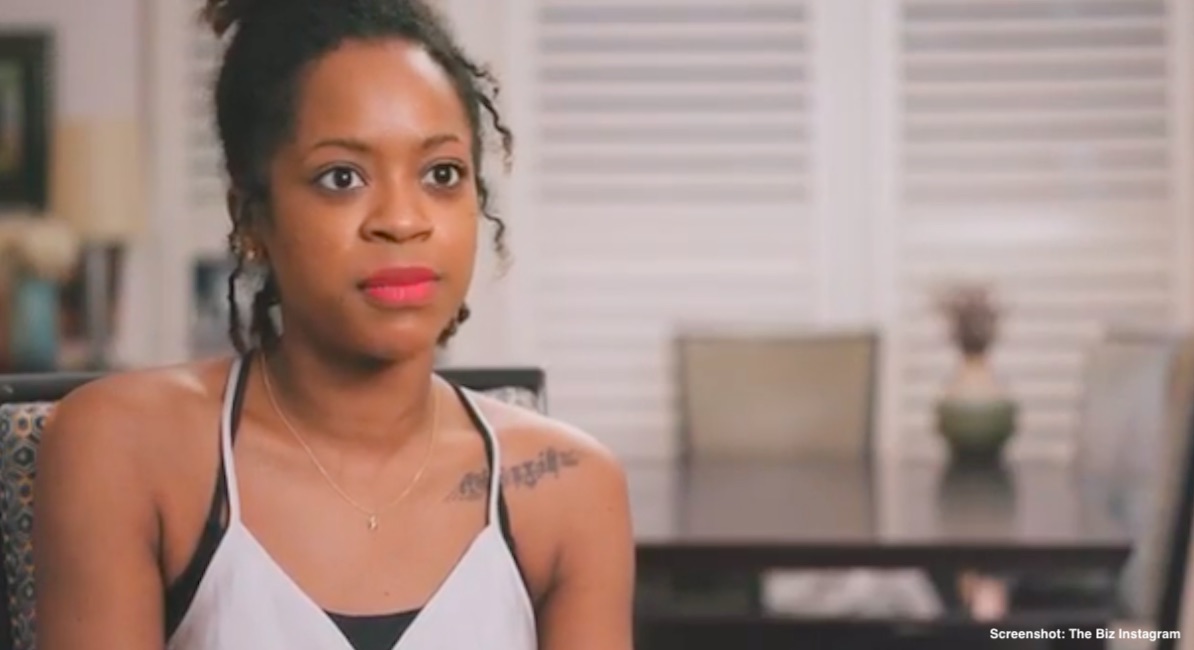 During the discussion, VonChaz admitted that ‘birth control has this kind of dark connection with eugenics, population control, and just the feeling of superiority, or feeling as if this specific intelligence or this specific trait—physical trait—is superior over the other….” She added that “because of racism… so many individuals… in the past used fake news, fake science, fake research to uplift the narrative that whites are better and Black is not.”

And this philosophy—that Black women were ‘less than’—led to human atrocities. “… [A] lot of individuals who [were] men, specifically, white men… spent a lot of time experimenting on Black bodies and Black female bodies, and using their research findings as a means to push the narrative [of racism] in the healthcare system,” added VonChaz.

Chelsea and Ricki discuss the story behind #HappyPeriod, the anti-Black history of birth control, how our healthcare system is still rooted in racism and more! . . . . . @rickilake #womenshealth #reproductivehealth #periods #thebusinessofbirthcontrol #education #blacklivesmatter

Lake responded, “So when was this happening? Because I know that Margaret Sanger has a complicated history.” But here, Lake is being much too generous with Sanger, a staunch eugenicist who believed the “unfit” should not reproduce and who stacked her American Birth Control League (which later became Planned Parenthood) with white supremacists and fellow eugenicists.

While VonChaz had not referenced Sanger, she immediately referenced Sanger’s work in the 1920s and 30s—and in particular, the Negro Project, which she said gave Sanger “a lot more success within the Black community, claiming that “when [Sanger] and her group went to the South… they saw that in the 30s pretty much everyone was suffering.” She continued, “So they just felt like ‘ok, well, since they are famished, since a lot of their babies are dying because they don’t have good diets, maybe it’s solely because they are the lesser race, the weaker race, and maybe they really don’t want to have kids, maybe we should figure out how we can “empower” them in a way.'”

But the Negro Project had nothing to do with empowering Black women, and everything to do with finding a way to halt their reproduction. And VonChaz seemed to have a sense of this, because she added an immediate caveat:

I actually—to be honest with you—I’m really iffy with Sanger because there’s really no proof to what her intention was when it came to [the Negro Project]…. Is she for the “advancement” of whiteness or was she really for women in general? Especially when they started the Negro Project. That was when they went into Black communities, they told Black mothers, “Hey, take this pill, take this powder [birth control was originally developed as a powder]…. This will help you….”

This was a way of them connecting with women and connecting with communities and they would also even use organizations like churches to get the word out, but there was nothing as far as going back into the community and building the community, so of course all of the funding would go back into Sanger or into the Negro Project. Nothing would go towards aiding the women at the time.

Rather than addressing malnutrition and other causes of high infant mortality in the Black community at the time, Sanger’s “solution” was birth control and more birth control – and later, Planned Parenthood pushed for the legalization of abortion. Little has changed; today, Planned Parenthood still offers only abortion as a “solution.” As a result, Black women have 38% of all abortions in the U.S. even as Black Americans make up just 12% of the population.

VonChaz added that this “project” bled over into other projects through the decades where the “Black body was the subject, the Black body was the guinea pig” for medical research, and “unfortunately, some women were sterilized without even knowing it.”

She was referring to the trials of the early birth control pill on “women of color across the diaspora, from the U.S. to Puerto Rico, the majority of the studies being in Puerto Rico, where women used this product and they ended up being sterilized. A lot of them also ended up being very, very sick and actually did not know why they were sick.” As Lake noted, informed consent for these women was virtually nonexistent, and they were left alone in an impoverished U.S. territory with no resources to deal with the consequences.

As she made clear near the end of the Instagram video, VonChaz does not consider herself pro-life, specifically stating, “I don’t want people to think, ‘Oh, she’s anti-birth control. She’s anti-choice.'” But as she also made clear during the video, with a little research, anyone can come to understand the racist origins of birth control.