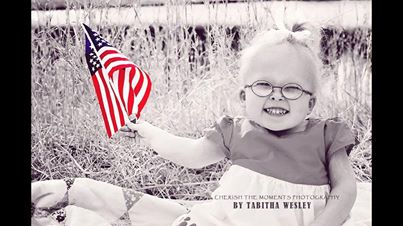 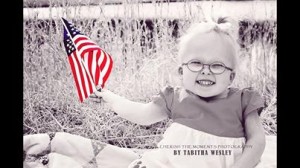 After three miscarriages in a row, Angie Rodgers wasn’t expecting her next unborn child to survive to 40 weeks. But she had hope. So when doctors repeatedly told her to abort her baby, she knew the answer was no. She knew she needed to give her baby a chance at life.

At three months gestation, doctors discovered that Rodgers baby girl had a rare form of dwarfism. According to the National Organization for Rare Disorders, Conradi-Hünermann syndrome is a rare genetic disorder characterized by skeletal malformations, skin abnormalities, cataracts and short stature. The specific symptoms and severity varies greatly from one individual to the next. It occurs almost exclusively in girls.

And when Grace Anna was born via C-section, she was quickly rushed away due to meconium aspiration, a life-threatening condition that occurs as a result of a baby inhaling her first stool during or before delivery. Rodgers told ABC News:

I didn’t know if she would make it – they didn’t tell me anything. I never saw her for the first 12 hours and when I did, she had scales on three-quarters of her body. The only place with no scales were her face and butt. They fell off in three months.

Now, three years later, Grace is an adorable internet sensation, singing for the world on You Tube and gaining over 200,000 likes on her Facebook page. It all started when her mother shared a video of her singing The Star Spangled Banner. That video has over 350,000 views. And Grace has been invited to sing at events including a veterans’ benefit.

Her sweet voice and face have brought joy to thousands. And while she hasn’t yet begun to walk, Grace’s mom knows that her daughter has overcome ever obstacle thrown her way, and they’ve learned to take the advice of doctors with a grain of salt.

Grace, a little girl whom doctors thought wasn’t worthy of life, is singing her way into America’s hearts and hearts around the world.