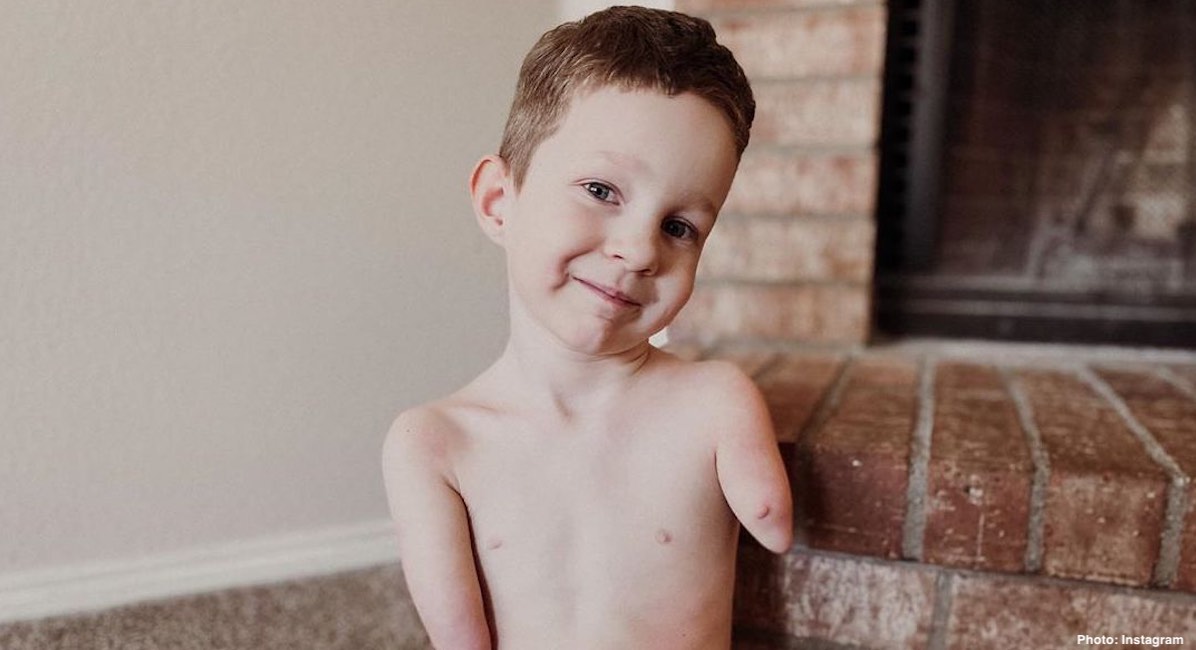 Pregnant at 18 and in an abusive relationship, Katie Whiddon thought having a baby would save her from her boyfriend’s abuse. Then a difficult diagnosis led her down a dark path towards abortion before helping her find peace and joy in her life.

Initially, the pregnancy seemed to bring the couple closer together, but they soon became off and on again. Then, during the anatomy scan, which usually occurs around 20 weeks gestation, she received news that changed everything. As the ultrasound tech moved the ultrasound wand, she got quiet and starting trying to get the baby to move. Then she left to get the doctor.

My ultrasound from yesterday<3 I love my sweet heart!!

“My nurse walked in and my doctor followed,” Whiddon wrote in an essay for Love What Matters. “Right as my doctor stepped in the room he said, ‘Things arent’ looking good. Things are looking really bad.'”

“I don’t remember my doctors exact words after that, but as he looked at my baby with the ultrasound he told us that they couldn’t find any arms or legs on my baby,” wrote Whiddon. “I couldn’t hear anymore. My whole body was numb. I felt like I wasn’t even living. This was limbo. A cruel limbo.”

As she cried, the doctor scheduled an appointment with a specialist to confirm the diagnosis. When the couple got home, talk about aborting the baby began. Whiddon’s boyfriend begged her to abort, saying it would be “cruel” to have a baby who would be a “monster” without arms or legs, “ESPECIALLY if it’s a boy.”

Whiddon was convinced that she needed to abort her baby and agreed that if the specialist confirmed the diagnosis she would go through one. The next day, Whiddon and her boyfriend, along with her father and step-mother and his mother and grandmother, meet with the specialist who told them the baby’s arms stopped at the elbow and he had no legs at all. He added that the baby’s organs could fail and there was no way to know if his brain was properly working. Whiddon was told she could “give birth to a vegetable.”

Her abortion was scheduled for the next Thursday.

READ: Young woman chose life for her baby conceived in rape: ‘He was meant to be here for a reason’

“I woke up the next morning crying,” she said. “Just gut wrenching cries. I was mourning and it hurt more than anything I could ever imagine. I could just feel this darkness creeping into my soul. Not only does my baby have a birth defect, but I will never meet him. I’ll never know the sound of his cry, the soft touch of his skin, the smell of his head, or if he looks like me.”

Hearing her cries, her boyfriend threatened to end their relationship for good if she didn’t go through with the abortion. She said he told her, “Who do you think will want to be with a single mom with a deformed baby?! No one!”

The Lord has definitely blessed me by allowing me to raise and love on this amazing boy for the past 11 months! Happy 11 months Camden! Mommy loves you SO much!!!!!!

Whiddon left for a quick trip with her family and while she was away, she met a couple who was expecting a baby around the same time her baby was due. As they talked, the woman told her that she didn’t think Whiddon would actually follow through with the abortion because of how she spoke of her baby with so much love. Those words from a stranger began to change Whiddon’s mind about abortion. She decided to pray.

“I needed peace with my decision to end my pregnancy,” she wrote. “Ending my son’s life. But I had no peace. I hated everything. Myself. My boyfriend. The doctor. Existence. God. Why was this happening to me? Why was this happening to MY baby?” She didn’t want to go through with the abortion but she felt selfish for even considering keeping her baby. She said she “wanted to do what’s fair for him.”

After speaking with her mother and cousin, she decided that maybe she should be selfish. If she skipped her abortion appointment, she could meet her son and hold him and tell him she loved him.

“I decided to keep my baby. Peace. Sweet, warm peace,” she said. “The peace that only God can give you.” She went from darkness to light and went to hide at her cousin’s house until the abortion appointment came and went. Her boyfriend begged her to abort — she refused — and the relationship ended. Whiddon moved out of state to be with her mother, and her new doctor told her that her baby was otherwise healthy. He wasn’t going to die.

Whiddon welcomed her son Camden at 38 weeks and six days by C-section. He spent a couple of days in the neonatal intensive care unit. “He was so beautiful. Not a vegetable. Not a monster. Not deformed,” said Whiddon. “Just my perfect boy. I made the right choice.”

As time went by, she watched with joy as Camden met milestone after milestone – rolling over at four months old, learning to color, brushing his teeth, climbing up the stairs to the slide, and walking at age four. Whiddon met someone new and got married, and today, Camden is a big brother to a brother and three sisters.

“Camden has changed my life in the best ways possible,” Whiddon said. “He has shown me my strength through his. He has shown that love can get you through any obstacle. He taught me that I have a voice, that is LOUD and HEARD and I can use it to help others. He taught me to never give up, even if I feel like I can’t push on any more. And most importantly, he has shown me that prayer DOES work and that God has a great plan for our lives, even if it’s not what we thought it would be.”