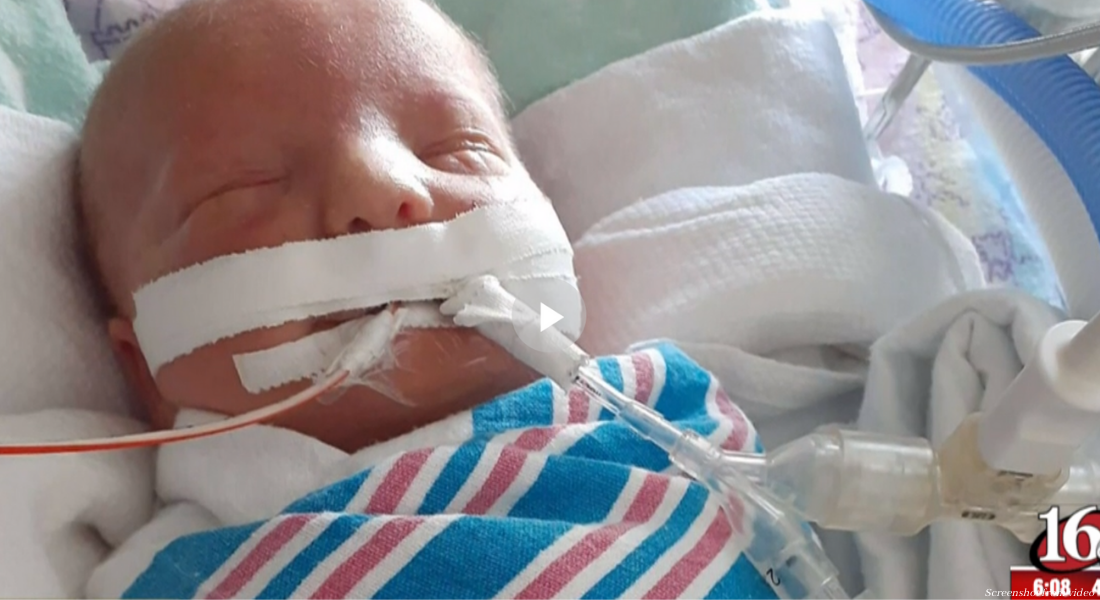 The actions of one heroic doctor helped save a high-risk baby’s life recently in Virginia. Carrie Rush was thrilled to discover she was pregnant after some initial difficulty, but her joy turned to concern when she discovered her preborn baby had a dangerous jaw abnormality. And her delivery only became more dangerous when she went into labor hours away from the hospital, in the middle of a snowstorm.

Dr. Stephen Early of the University of Virginia Health system was ready for Rush. “That type of abnormality creates difficulty with breathing at birth and may be a fatal abnormality,” Early told CBS19 News. The pediatric otolaryngologist was prepared with the EXIT procedure in which the baby is partially born via a procedure like a c-section, but while the baby’s umbilical cord and placenta are still attached, the baby is intubated so that he will be able to breathe. The baby is then fully delivered.

Intubation is a delicate procedure at the best of times, and during a surgical delivery on a baby in a high-risk pregnancy, it is even more specialized. “It’s effectively 20 people in a room all involved in this one moment to partially deliver the child and secure an airway,” Early said. UVA Health is uniquely equipped to deal with this kind of procedure, but community hospitals are not.

But things didn’t go as planned. Rush went into active labor before the scheduled procedure, and it happened to be in the middle of a snowstorm, hours away from the UVA hospital. The weather meant that both a helicopter transport and driving would be out of the question, and Rush was advised to go to her nearest community hospital.

READ: Miracle: Born at 24 weeks, my baby and I survived a high-risk pregnancy

For Dr. Early, who in 2019 was nominated to the Best Doctors in America list, braving hours of driving snow to be present for his patients was just another day on the job. “It’s not any different than someone who’s in battle,” Dr. Early said. “You just make the decision, you go into the line of fire.” Early was able to plan the procedure in the car on the way over to Rush and her baby.

It was a frightening prospect for Rush at first, not knowing what was going to happen or who would deliver her baby. At UVA, she had a care team ready for her, and for her high-risk baby. But her hospital knew to make sure help was on the way. “A few hours later, Dr. Early walked in that room. And the relief that I felt in that moment. I can’t even explain it,” Rush said. “If he hadn’t been there, we could have lost [our baby], and that terrifies me to think about. […] So thankful for him.”