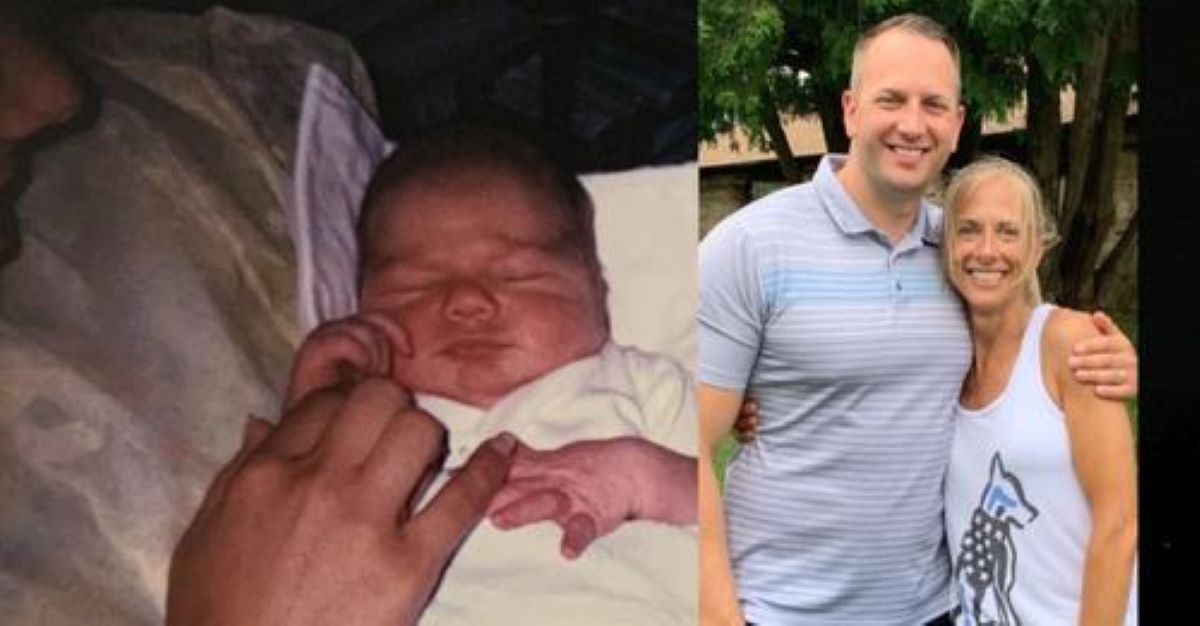 When Melanie Pressley was 18, she realized she was pregnant. Her boyfriend wanted her to have an abortion, which she refused, but she still feared she couldn’t give her son the life he deserved. She placed her little boy for adoption, but never forgot him. Now, 33 years later, the mother and son have finally been reunited.

In an interview with News 5 Cleveland, Pressley recounted the thoughts that led her to consider adoption. “I just knew, financially, I wouldn’t be able to do it,” she said. “And the other thing — I wanted him to have a mother and father, so I decided at that point it was best to put him up for adoption.”

For years, she wondered about her baby, even after getting married and having three more children. She said she often thought about what he might look like and wondered if he was happy — and his birthday was always the hardest. “There was still always a little bit of that sadness in me on that day,” she said. “And that’s basically the easiest way to describe it.”

After Pressley’s mother died, she felt spurred on to take action. “It was always my wish that I wanted him to meet my mother, but she passed away,” she said. “And the night that she passed away, we were all around the table, my nieces, nephews, my sisters and everybody. And we were going around just kind of saying things and it got to me and I had just started crying and I said, ‘I need to find my son.’”

So in May of 2021, one of her daughters bought her a 23andMe kit as a birthday gift. Meanwhile, over 300 miles away, her son was doing the same thing.

Greg Vossler said his parents told him he was adopted when he was nine, but he wasn’t curious about his biological family at first. “I’d always joke saying, you know, ‘I don’t see a celebrity that looks like me,’ or, ‘No one who’s a king or queen in some faraway land resembles me,'” he said. “And I always said that was just my joke. You know, whenever somebody asked, it was just my way of having that quick response in my back pocket, I’d never really given it some serious thought.”

But then, Vossler had a baby of his own, a boy he named after himself. “My wife and I were sitting and talking one night, and I’m like, ‘I don’t know any of my medical history, genetics, you know, where I’m from,'” he said. “And there was a 23andMe promotion or something going on. And so I took the test.”

READ: ‘There was no talk of abortion’: Celebrity hairstylist on placing son for adoption at age 18

They began communicating back and forth, although Pressley said she didn’t want to hear his voice until they were able to meet in person. Earlier this summer, they were finally able to reunite, and the connection was immediate. Not only did Vossler get to meet his biological mother, he gained more family as well. Meanwhile, Pressley now has another photo of her with the son she’s always missed.

“Everyone’s emotional, everyone’s shaking hands or hugging. And, you know, ‘Hey, I’m your half brother, your half sister.’ And her oldest sister, who was instrumental in allowing Melanie to have that first picture, came up and grabbed my face. The first time in 33 years that she’s seen me,” Vossler said. “It’s an amazing feeling. And it just goes to show that there’s always room for families to grow and always room for more love within each other.”