High school student Brandon Gillespie is planning a walkout at Rocklin High School in Sacramento, California, in order to “honor all the lives of aborted babies.” The pro-life student was inspired to plan this peaceful protest after his teacher, Julianne Benzel, asked her students to consider whether there is a double standard in our country in light of the celebrated March 14th school walkouts concerning gun violence.

Gillespie took this to heart and wondered what would happen if he and other pro-life students staged a walkout to shine a light on the abortion industry. It didn’t take long for pro-choicers to begin criticizing his efforts, despite the fact that abortion is violence against children in the womb. In fact, the editor of the school newspaper, Naeirika Neev, wrote an editorial, stunningly claiming, “Abortions aren’t really anything that has to do with school or students here.”

Except that they are. Planned Parenthood strategically markets itself to students across the country, working to elevate itself to a trusted position among teens through its controversial sex ed programs in the schools. In addition, high school students who become pregnant are consistently advised by groups like Planned Parenthood to abort their children. Planned Parenthood has even been caught sending teenage sexual assault victims back to their abusers after committing abortions on them and failing to report the abuse to authorities.

A walkout against abortion would send the message that these children have had enough of the abortion industry, which uses them and takes advantage of their trust and innocence in order to make money.

Despite the heartless and calculated treatment of children and teens by the abortion industry, pro-life students are often bullied into silence on their school campuses. High schools from Las Vegas to Nebraska and North Dakota to Indiana have discriminated against pro-life students. Those bullying efforts, however, have largely failed. 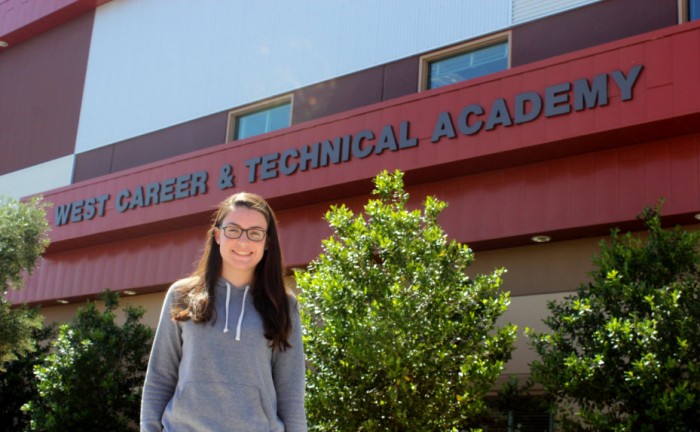 In 2015, high school student Angelique Clark attempted to form a pro-life club at West Career and Technical Academy in Las Vegas, but the school denied her request, stating that abortion was too controversial of a subject. Clark worked with attorneys from the Thomas More Society, who sent a letter stating that the school was violating Clark’s free speech rights as well as the federal Equal Access Act. The school did nothing in response and Clark filed a lawsuit against them and the school district. Finally, the school approved the pro-life club.

In 2016, Nebraska’s Gretna High School administration discriminated against student Bridget Christensen when they denied her the right to begin a Students for Life club. Administrators told her the club was too “religious” and “controversial” and therefore could not exist. The Thomas More Society argued that the school was violating the students’ rights under the First Amendment and the Equal Access Act.

Two North Dakota high schools had discrimination claims filed against them in 2015 after denying pro-life students the right to start clubs. The schools argued that the students did not submit proper paperwork, and the district ruled that the groups would be allowed limited classroom use but would not be able to use the schools’ names, put up posters, or have their events included in school announcements.

In 2017, Alliance Defending Freedom filed a lawsuit siting viewpoint discrimination against Members of the City University of New York Board of Trustees on behalf of the Queens College’s Students for Life chapter. The group, led by Norvilia Etienne, applied for “registered” status on campus in order to join the ranks of 100 other clubs, including pro-abortion clubs. The application was rejected despite meeting all requirements. The club was denied a meeting space, access to funding, and permission to invite speakers and distribute pro-life information. They were even forbidden from holding baby showers and diaper drives in order to support and assist pregnant and parenting students of Queens College. Within two days of the lawsuit being filed, the school changed its mind.

In Indiana last year, the Carmel Teens for Life group at Carmel High School was forced to fight to hang a pro-adoption banner that stated “3,000 lives are ended each day” by abortion. School administrators called it “offensive” and threw the poster, which took 25 hours to make, into the garbage. However, the poster had already been approved and complied with the school signage guidelines. Liberty Counsel represented the pro-life students and found that “signs from other organizations promoting ideologies such as pro-LGBT and pro-Young Democrats” were allowed.

In contrast, each of these major media outlets have given voices to the students who are speaking out against current gun laws, calling the students “energized” and “emotionally charged.” Headlines read: “Enough” regarding school gun violence, but the violence of abortion – and the students who have have had enough of it – are continually disregarded.

Pro-life students are proving that they won’t back down when it comes to their right to speak out against abortion. When their schools discriminate, they fight back. They dedicate themselves to informing their peers of the truth behind the abortion industry’s motives. And under enormous pressure to remain silent, they are only motivated to speak louder.