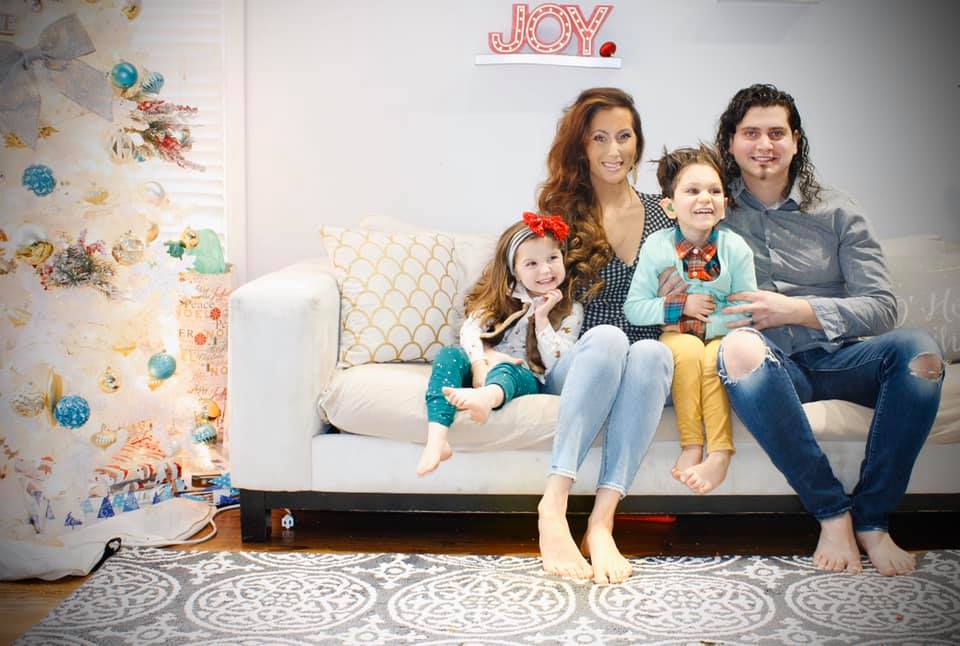 Angela Smilovici and her husband felt their world shatter when a doctor “encouraged” them to abort their son. During a pregnancy anatomy scan, doctors had discovered abnormalities that pointed to either Trisomy 18 or a different chromosomal condition. Doctors weren’t sure the baby would even survive his birth and felt that abortion would save the family from suffering. They were wrong.

“I was angry this doctor would suggest such a thing as ‘terminate,’ but I knew that was her job,” Smilovici wrote in an essay for Love What Matters. “She was trying to spare me and my child from a life of suffering if he did live, but who are we to determine who will suffer? My son’s life was never an option. It had a purpose. I would protect my baby and fight to keep him safe. Little did I know how much he would fight to live also.”

Smilovici and her baby were monitored throughout the pregnancy and at 35 weeks, her son was born weighing four pounds five ounces.

“He was alive! We named him Azariah, which means ‘Our God has helped.’ His name would go on to show how God helped him,” wrote Smilovici.

Azariah was taken to the neonatal intensive care unit because he had an irregular heartbeat. He was placed in an incubator and was given supplemental oxygen, two IVs, and a feeding tube through his nose. For seven days he remained there, while his mother ached to hold him. An EKG revealed a serious heart condition called prolonged QT syndrome, which is when the heart takes too much time to recharge between beats. It can cause sudden cardiac arrest and seizures. They soon also discovered that Azariah was deaf.

“Over the course of several days, the doctors found one thing after another that was wrong with Azariah,” wrote Smilovici. “Microcephaly (a small underdeveloped brain), hydronephrosis (water on his kidneys), two holes in his heart, and a serious heart condition.” She wondered what doctors were going to find next and how she was going to be able to help her son.

Through testing, it was discovered that Azariah had several rare chromosome deletions that cause intellectual disabilities, seizures, feeding difficulties, and eye and kidney abnormalities. They said he might never learn to walk and suggested that he go home on palliative care.

“I went back to see my boy and I looked at my son, who, for the first time, looked awake,” she wrote. “He was looking around! ‘You are not incomplete my Azariah, you are perfect, you are mine and we are going to fight.’ From that day on, I was prepared to fight with and for my son. I would make sure he had the best doctors and I would keep him safe.”

After 32 days in the NICU, Azariah went home with his family. He began weekly therapy and at eight months old was given hearing aids. By age two he was army crawling and sitting up unassisted. At age three, he began attending a special needs preschool and has learned to walk and say dozens of words despite the doctors’ predictions. At five years old he is “thriving,” says Smilovici. He faces developmental delays and seizures, but his family focuses on the things he can do, not the things he can’t. Eventually, he will need a defibrillator put in his heart to help him live.

“Our precious boy will LIVE with these chromosome deletions that have caused intellectual disabilities, prolonged QT Syndrome, microcephaly, eye and kidney abnormalities, and hearing loss for the rest of his life. We don’t know what his future holds. We don’t know what struggles will look like as he gets older.

“However, we want those around him to know different is beautiful. […] Protect those who have no voice. Speak up for those who do not have a voice. Take time to get to know those that are ‘different’ around you and you will see how much children like Azariah will touch your life,” urged Smilovici.

She says they have found strength through God and prayer, and since Azariah’s birth, they welcomed a baby girl. Azariah is alive and at home with his family and that is what matters – not his diagnosis.

“He may have been ‘broken’ in medical terms but he was not hidden nor forgotten by me or the God who created him,” said Smilovici. “Hope is one of the many things he has taught us.”