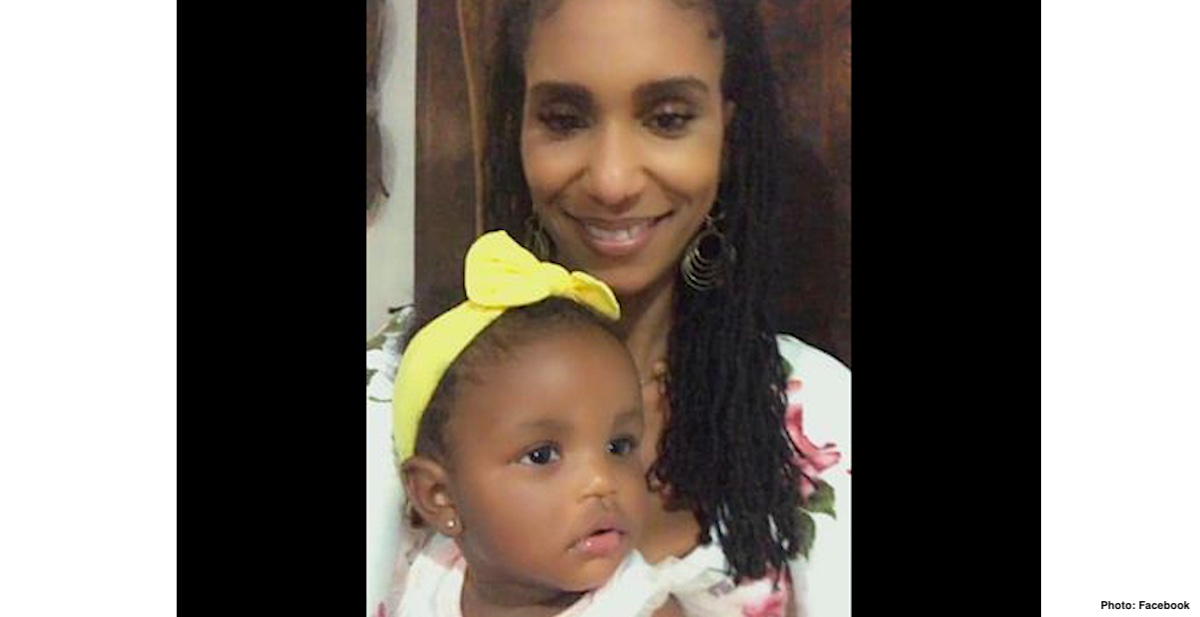 Florette Johnson learned she had COVID-19 in April, the day before she gave birth to her baby girl. She had pneumonia, and as she went into labor her oxygen began to drop. Doctors saw as Johnson struggled, coughing with every breath, and prepped her for a C-section.

“At this time, I was already 10cm,” she told Love What Matters. “I felt the contraction, so I pushed. I closed my eyes and asked God for the breath and strength to push. The doctor was shocked. [Thirty] minutes later, my Angel was born. They immediately took her away. I did not get to see her clearly or touch her. The doctor called for help because my breathing became worse. She and [three] others rushed me to the ICU.”

With her condition worsening, Johnson was only able to see her newborn daughter through FaceTime. Four days after the ordeal began, a nurse explained to Johnson that she, herself, might not survive.

“[M]y RN came into my room and put a chair beside me with tears in her eyes telling me, in other words, I was dying,” said Johnson. “My oxygen was lower than 60 and getting worse. Pneumonia took over my lungs. She asked if I wanted to call anyone.”

Johnson asked to call her husband and the nurse called him to tell him what was happening and informed him that there was the option of placing Johnson on a ventilator in hopes of buying her some time to heal. Johnson was able to speak with her mother as well and her young children. She sent a text to her family and friends and doctors began to prepare her for the ventilator.

“[…] I asked Dr. P what my chance of waking up was,” said Johnson. “He said, ‘1/100.’ I have gone through so much the last 6-7 months and that helped my relationship with God grow more personal. My reaction was like, ‘Wow this is really happening. This nurse just told me I was dying.’ Honestly, I didn’t shed any tears, I wasn’t scared.”

Johnson prayed as the doctors prepped her and she thought of her children and hoped that she had equipped them to love God. She wondered why God would bless her with her new baby if she was never going to get to hold her. Still, she felt at peace.

She was placed on the ventilator on a Wednesday and flatlined twice, but Johnson miraculously woke up on Monday. She praises God for allowing her to survive and is grateful to everyone who prayed for her. “God is real,” she said on Facebook. “We all have our differences in what we believe in: I BELIEVE in GOD.”

She and her baby girl are healthy and doing well.