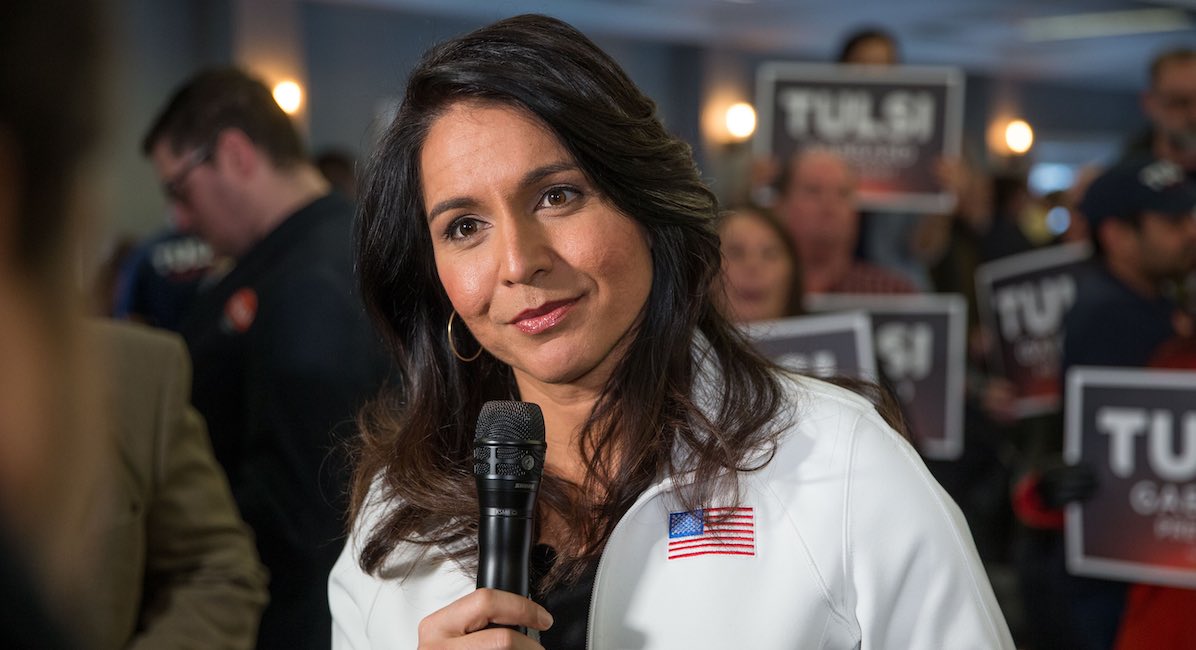 The full text of the bill is currently unavailable, but Democrats for Life of America (DFLA) wasted no time in thanking Gabbard. “Former Democratic Presidential Candidate Tulsi Gabbard introduced her SECOND Pro-Life bill this week, which would amend Title 18 of the U.S. code to give pain-capable fetuses rights under the law,” the group said on Facebook. “Tulsi has previously voted against this bill three times, but is now the SPONSOR of the new bill. […] thank you Tulsi!”

Pro-Life San Francisco also thanked Gabbard on Facebook. “Democratic House Rep and former Democratic presidential candidate Tulsi Gabbard has introduced two crucial bills, one to protect pain-capable fetuses and another to ensure the provision of healthcare for abortion survivors,” the group wrote. “Both are fundamental to ensuring justice for UCSF’s most vulnerable victims of fetal organ harvesting, and we are inspired to see them originate from a left-leaning national legislator. The future of California, the Democratic Party, and all of America is pro-life!”

In the past, Gabbard has had a 100% pro-abortion voting record, including voting against similar pro-life bills to the ones she has introduced this month. However, Gabbard’s desire to see restrictions on abortion in the third trimester has earned her criticism from many in the Democratic Party. Despite this, she has not backed down from this new stance. In a September 2019 interview, Gabbard said she was once pro-life but now holds “a more libertarian position on this issue.”

The previously introduced Pain-Capable Unborn Child Protection Act would have banned abortion after 20 weeks when it is generally believed that preborn children can feel pain, though more than one study has found that pre-born children are capable of feeling pain by the end of the first trimester. One of those studies found that the nervous system develops sooner than previously believed. The other study found that by 13 weeks, the ability to feel pain is nearly certain.

Despite this, anesthesia is never used on preborn children before they are suctioned, dismembered, or lethally injected during abortion procedures.