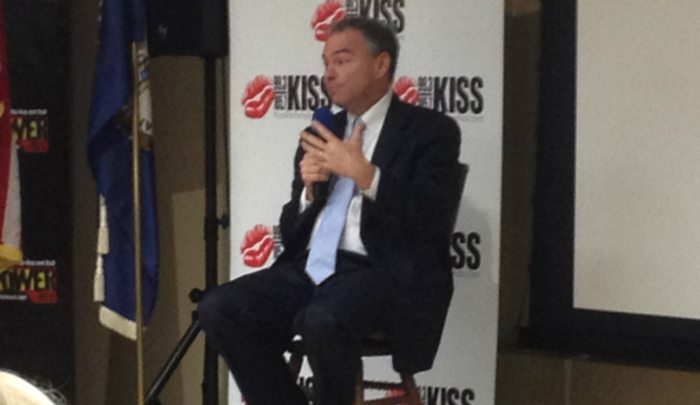 A former governor of Virginia and Democratic National Committee chair, Kaine told radio host John Fredericks that the revelations in undercover videos released by the Center for Medical Progress were “very troubling, absolutely,” and “it ought to be looked at.”

However, he claims “there has been some prehistory of people going into Planned Parenthood offices, and taping interchanges, and then editing them favorably to make a point.” CMP, however, has released full footage of each encounter alongside the highlight reels used in most media accounts of the story.

Kaine, who currently has a 100 percent pro-abortion voting record with Planned Parenthood Action Fund and NARAL, cited that “one of these happened in Richmond a couple of years ago, where somebody went and tried to tape an interchange with a Planned Parenthood staffer and kind of edited it to make it seem pretty scurrilous.”

This appears to be a reference to a 2011 Live Action investigation, which obtained footage of a Richmond Planned Parenthood worker agreeing to help what she thought was a pimp obtain abortions, STD tests, and birth control for minors without reporting statutory rape. However, Kaine’s comments are off mark, as Live Action released full, unedited footage of that exchange, as well. The full footage reveals even more damning evidence against Planned Parenthood.

As Live Action News reported this morning, the Center for Medical Progress has released a third video, which shows a Planned Parenthood dissection of an aborted 11-week-old baby, as well as Planned Parenthood of the Rocky Mountains Vice President and Medical Director Savita Ginde saying, “I think a per-item thing works a little better, just because we can see how much we can get out of it.”