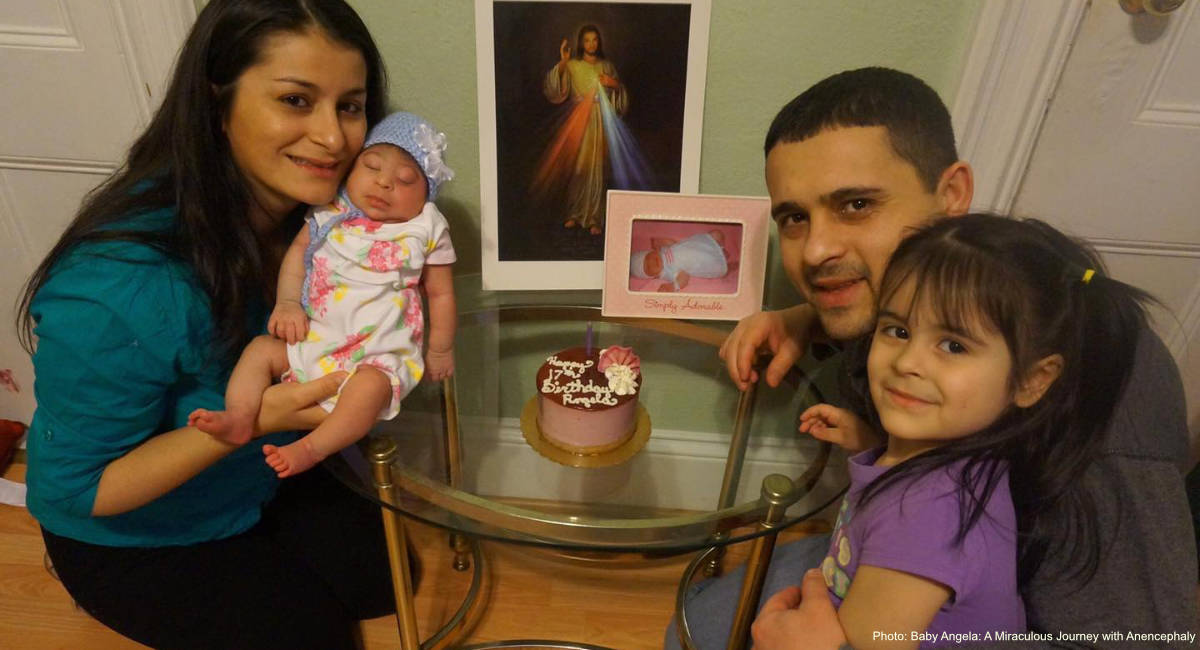 Children like Sonia Morales’s daughter Angela prove that all babies are miracles no matter the length of their lives.

In 2014, Angela was diagnosed with anencephaly, a neural tube defect in which a baby may be born missing parts of the brain and skull. Many anencephalic infants die shortly after birth, but in an interview with Live Action News, Sonia explained that Angela’s head was not completely open like in some anencephaly cases, and only one part of her brain was exposed. Angela lived outside the womb for nearly four years after her birth.

According to WJAR-TV, Angela sadly passed away in 2017, just a few months shy of her fourth birthday. While her daughter’s life was brief, Sonia said she considers herself “blessed” to have been given “extra time” than she expected to have with Angela. Every life has a purpose, and Sonia believes that her daughter’s is to bring “hope” to parents who have received a similar diagnosis.

Through the Facebook page, Baby Angela: A Miraculous Journey with Anencephaly, Sonia does just that by sharing Angela’s story, as well as information about anencephaly. She also posts pictures of her daughter, showing others the unconditional love Angela enjoyed during her time here.

Sonia received the anencephaly diagnosis during a 16-week ultrasound appointment, where a doctor informed her that Angela was “incompatible with life.” Upon hearing the news, Sonia cried, as she “already loved this child” and was “waiting for her.”

After another ultrasound confirmed the diagnosis, Sonia was told to speak with some counselors at the hospital, who proceeded to inform her that most parents faced with this scenario choose abortion. When the counselors asked Sonia what she wanted to do, she replied, ”I want to keep this baby.”

According to Sonia, abortion was “never” an option for her, “because I already loved my child, and I knew I had to defend her right to life,” Sonia said. “My love for her didn’t change after the diagnosis. So, I was not the one who created the heartbeat, and I was not going to be the one ending her life,” she said.

After the appointment, Sonia went home and told her husband that they were going to have a baby girl and, having already chosen a name, she told him they were going to call her “Angela.” Then Sonia informed him of the diagnosis, embracing him as they both cried.

As the pair held each other, Sonia’s husband said, “We are going to have this baby like this.”

Sonia was glad for the support, as it meant her husband was “choosing life for [her] baby as well.” 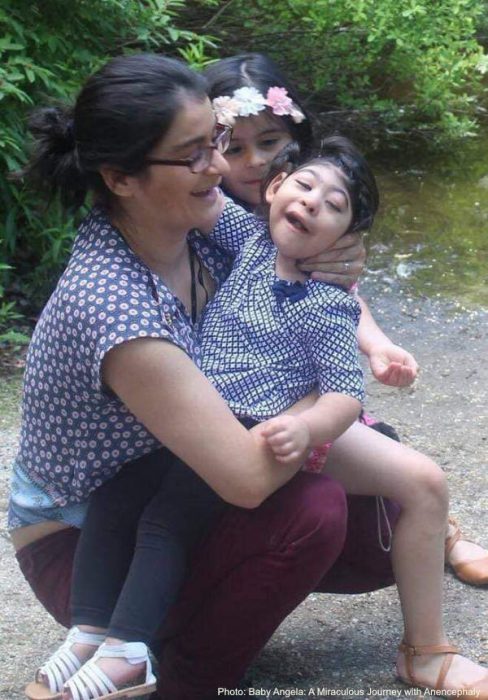 When Angela was born, she did not cry or open her eyes, and her lips were slightly “blueish.” At first, Sonia feared the baby was stillborn, but she saw that she was still alive after Angela moved her fingers.

Angela’s family rushed to take pictures and collect her handprints, and they also had a priest come in to baptize her. While Sonia and her family did not know how long Angela had to live, they savored their time with her, which thankfully lasted for a few years.

Sonia noted how many may still wonder why she carried Angela to term when she knew the baby had a disability.

Despite her condition, Angela would move her head and eyes when she heard her family’s voices, which Sonia believes is a sign that she knew who they were. “She knew that she was loved and here, and we didn’t care,” Sonia said. “We didn’t care that she was disabled because we treated her as we treated our older child who was healthy.”

“And we wanted her to enjoy her life even with her disabilities. And she did. And that’s what matters,” she added.

According to Sonia, carrying a baby like Angela to term “leaves no regrets,” as it means choosing “love and life over fear.”

“We can give birth to a baby who is going to pass, but naturally,” she said. “We defend them from the moment of conception until they die naturally… [T]o be honest, I don’t carry any regrets because I know I did absolutely everything that I could to save her, to help her, to guide her, and to protect her.”

Sonia said that when she speaks with mothers whose babies have been diagnosed with anencephaly, she sympathizes with their pain, assuring them that they will not regret choosing to spend time with their child.

“Yes, it is heartbreaking. It is a bittersweet journey,” she said. “But at the end of the day, you know, it was worth it because your baby lived, even if it was a minute or two hours or days or months or years, as my daughter did, you never know how long those babies are gonna live if we don’t give them the right life first.”