The government of New South Wales, Australia, has overturned a 119-year-old law that made obtaining or committing an abortion a crime. The state, which includes the city of Sydney, is one of the last in the country to decriminalize abortion.

While abortion is still in the criminal code of the state of South Australia, it is available there for women in the first 23 weeks of pregnancy. That state is currently reviewing whether or not to continue with its current abortion laws or decriminalize it.

Abortion is now legal in New South Wales through the first 22 weeks of pregnancy — which means children who could potentially survive outside the womb can be legally targeted for abortion for any reason. After 22 weeks, abortion in New South Wales is still legal if two abortionists sign off on it. In truth, abortion was already available in the state regardless of its criminal status, with abortionists simply needing to say that the pregnancy caused a mental or physical risk to the mother. Social and economic factors were considered an acceptable risk in the past, which means it is likely that children after 22 weeks will be killed by abortion for essentially any reason in the state.

Roman Catholic archbishop of Sydney, Anthony Fisher, called it a “dark day” for New South Wales and “a defeat for humanity.”

According to The New York Times, about a dozen people have been prosecuted for violating the Crimes Act of 1900 that included abortion as a crime — most of those being abortionists. In 2017, a woman was convicted of a crime after taking abortion drugs while 28 weeks pregnant. As would be expected from taking the abortion pill that far into pregnancy, the child was born alive after the mother went to the hospital seeking treatment, and an emergency C-section was performed.

Pro-abortion lawmakers celebrated the legalization of the destruction of human life through abortion with applause and hugging. Greens MP Jenny Leong told CNN that she felt “overwhelming joy and happiness and sense of celebration that we are on the cusp of something huge.” 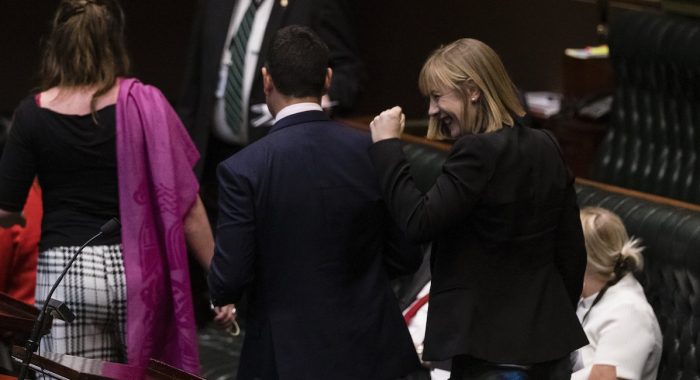 Something huge, indeed. Now New South Wales will have to tackle the problem that American abortionist do — what to do with all the bodies.