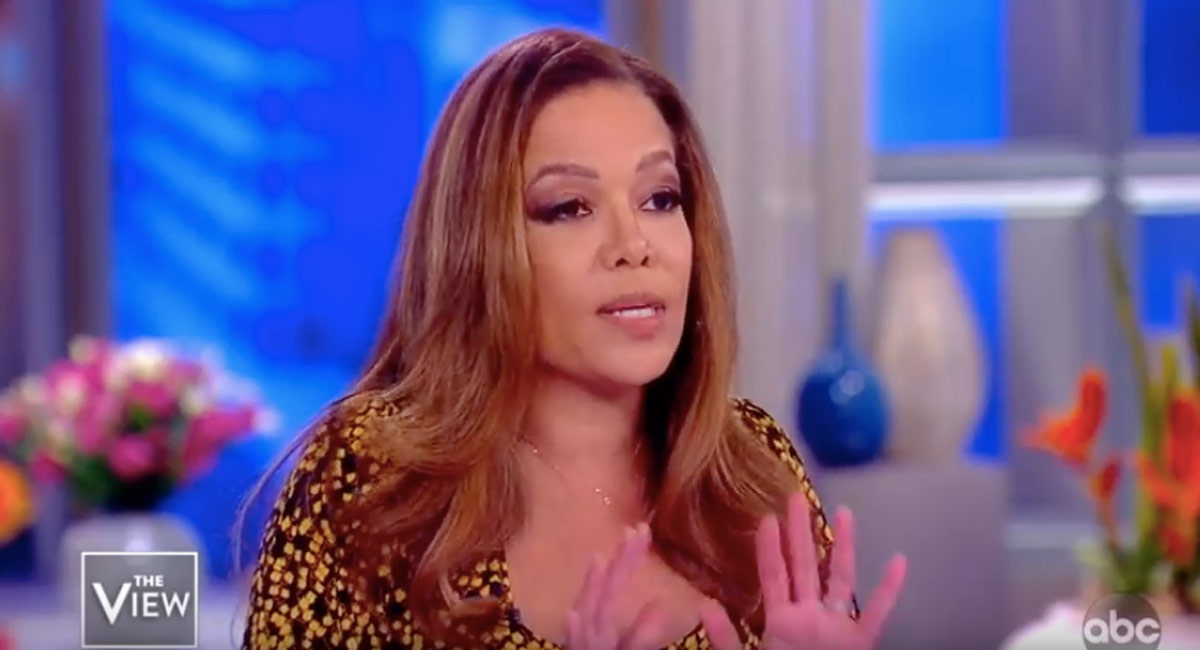 This week on the always controversial and rarely accurate daytime show, The View, co-host Sunny Hostin went head-to-head with fellow co-host Meghan McCain, daughter of the late Republican Senator John McCain, over the recent failure of the Senate to pass the Born-Alive Abortion Survivors Protection Act. There has, of course, been no shortage of misinformation circulating about the bill, which failed to garner the 60 votes it needed to pass. Those opposed to it have claimed everything from “it’s not necessary because this never happens” to “this is an attack on women’s ‘reproductive rights’.” So it’s no surprise that the daytime talk show circuit is equally as uninformed about the bill, which contains zero regulations or restrictions on abortion.

Hostin made some jaw-dropping claims about the bill which unsurprisingly have little to do with reality. “In terms of the bill that the Senate Dems blocked yesterday, my understanding is that the reason that it was blocked is because the Dems felt there wasn’t a need for a new law,” she said. “Under the bill that was proposed, it required that all babies born alive be immediately transferred to a hospital, and that is not always safe for a newborn.” (emphasis added)

Hostin went on to claim that these instances are “truly rare” — but, quite frankly, the “rarity” of a crime which kills an innocent human being is irrelevant to the fact that it still kills a human being. And directly choosing not to seek medical intervention for newborns is intentional killing. Hostin also wrongly claimed in one breath that this law is “not a new law” and in another, that “passing the bill would impose legal and criminal penalties on doctors who don’t comply with moving the infant, even if it is not in the best interest of the infant.”

So is it “new” to impose such criminal penalties, Ms. Hostin, or isn’t it?

A witness to this allegedly “truly rare” crime is Jill Stanek, a former labor and delivery nurse who is now the National Campaign Chair for the Susan B. Anthony List. Stanek was thrust into pro-life work quite unintentionally when she discovered that “induced labor abortions” were happening at Christ Hospital in Oaklawn, Illinois, and that babies born alive were being left to die in a soiled utility closet. Stanek saw a co-worker carrying a 21-week-old baby boy with Down syndrome to the utility room after he was unexpectedly born alive during a late-term abortion. All Stanek could do was hold the baby until he died, hours later. And this was in a hospital — not a free-standing abortion facility.

Stanek spoke to Live Action News, commenting on Hostin’s shocking remarks. “An abortionist worried it’s not safe to transfer a baby? As if it’s somehow safe for the baby to stay in a baby-killing facility?” Stanek said, incredulously. “As if an abortion facility is prepared to care for newborns when its mission is to ensure that there are no newborns?”

In addition, Stanek was actually present when President George W. Bush signed the 2002 bill into law, the Born-Alive Infants Protection Act, and she says Hostin is way off the mark. “She is wrong on the 2002 law. It just defines when babies become Constitutionally protected. There were no penalties.”

Senator Ben Sasse’s Born-Alive Abortion Survivors Protection Act would have gone much further, says Stanek. “This bill specifies that an abortionist – and all staff present – are obligated to give an abortion survivor the same level of care as a wanted baby the same gestational age, or risk fines, imprisonment, and even charges of first degree murder. The mother is exempted.”

The Blaze reported that McCain was later “visibly upset” over the discussion, saying, “If the Democratic Party wants to be the party of infanticide, that is their choice.”

Some viewers commenting on social media were upset that McCain made the leap from Democratic Rep. Alexandria Ocasio-Cortez pushing the idea of population control to combat climate change, to how Democrats overwhelmingly refused to vote to protect the lives of born infants. But the ideas of population control and abortion (and infanticide) are linked. Valuing the earth while devaluing those who live on it is no way to “save” the planet. And it’s certainly no way to save lives.