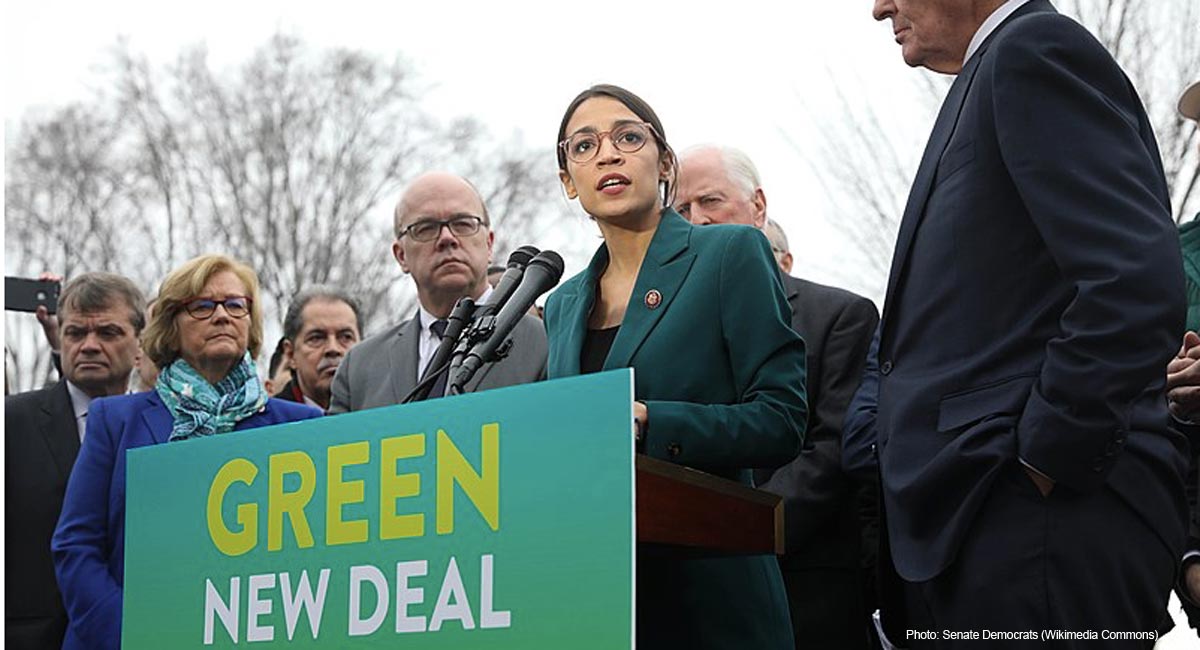 On Sunday evening, freshman Congresswoman from New York Alexandria Ocasio-Cortez attempted to drum up support for her “Green New Deal” during an Instagram Live broadcast in which she raised an ominous question with radical population control undertones. “Our planet is going is going to have a disaster if we don’t turn this ship around,” she said. “There’s scientific consensus that lives of children are going to be very difficult. And it does lead, I think, young people to have a legitimate question: is it okay to still have children? […] Just this basic moral question, like what do we do?”

Ocasio-Cortez is alluding to the grim predictions in the most recent Intergovernmental Panel on Climate Change (IPCC) report, which warned of “genocide,” global food insecurity, as well as dire economic outcomes. Ocasio-Cortez’s question — and her implied answer — reflects an increasingly common refrain among public figures and institutions that assert that aggressive population control, including universal and easy access to abortion, is one of the most effective ways to solve climate change. This ideology has even led some governments to use brutal and extreme measures to control their populations, like the horrific practices of forced abortion and family size limits in China. In the United States, such thinking is reflected in major initiatives like massive government funding for abortion pushed by House Democrats, many of whom also co-sponsored Ocasio-Cortez’s Green New Deal, on the very first day of the new Congress.

“There’s scientific consensus that the lives of children are going to be very difficult. And it does lead young people to have a legitimate question: is it okay to still have children?”
—@AOC

Reminds me of the Green New Deal FAQ:
👉https://t.co/3RtWZeVbJZpic.twitter.com/TWTYJvbb0P

Ideas like those of Ocasio-Cortez’s would likely promote and fund radical pro-abortion policies, even as actual data indicates that fertility rates in many countries are already dangerously low. The US population recently plummeted to a 30-year low, with rates reported by the CDC to be 16% below replacement levels. Sub-replacement fertility levels have the potential to pose severe economic problems as the numbers of retired citizens drawing pensions grows to be too large for the much smaller number of younger workers paying in to government pensions. Such dependency ratios, once they reach a certain level, can lead to economic collapse. This would cripple the ability of future generations to fund major initiatives proposed by people like Ocasio-Cortez.

READ: Half the world’s population is below replacement level, but the UN wants population control

In the great overpopulation scare of the 1970s, prominent academics and public figures issued dire warnings of imminent starvation and scarcity. Those overpopulation pessimists were proven wrong, thanks to human ingenuity in agriculture and technology that made these ideas a fiction even as the world’s population grew. The average person during this decade has just 0.006 times the risk of dying in a famine as he or she would have had in the 1960s. Where food security is a problem, more often than not the culprits are corrupt and incompetent governments. As Dr. Jacqueline Kesun points out in The War Against Population, “The world’s food problem does not arise from any physical limitation on potential output or any danger of unduly stressing the environment. The limitations on abundance are to be found in the social and political structures of nations.”

There may yet be scalable and economically viable measures that can be enacted by future generations. Ridding of the planet of people by whatever means is not a solution to climate change.