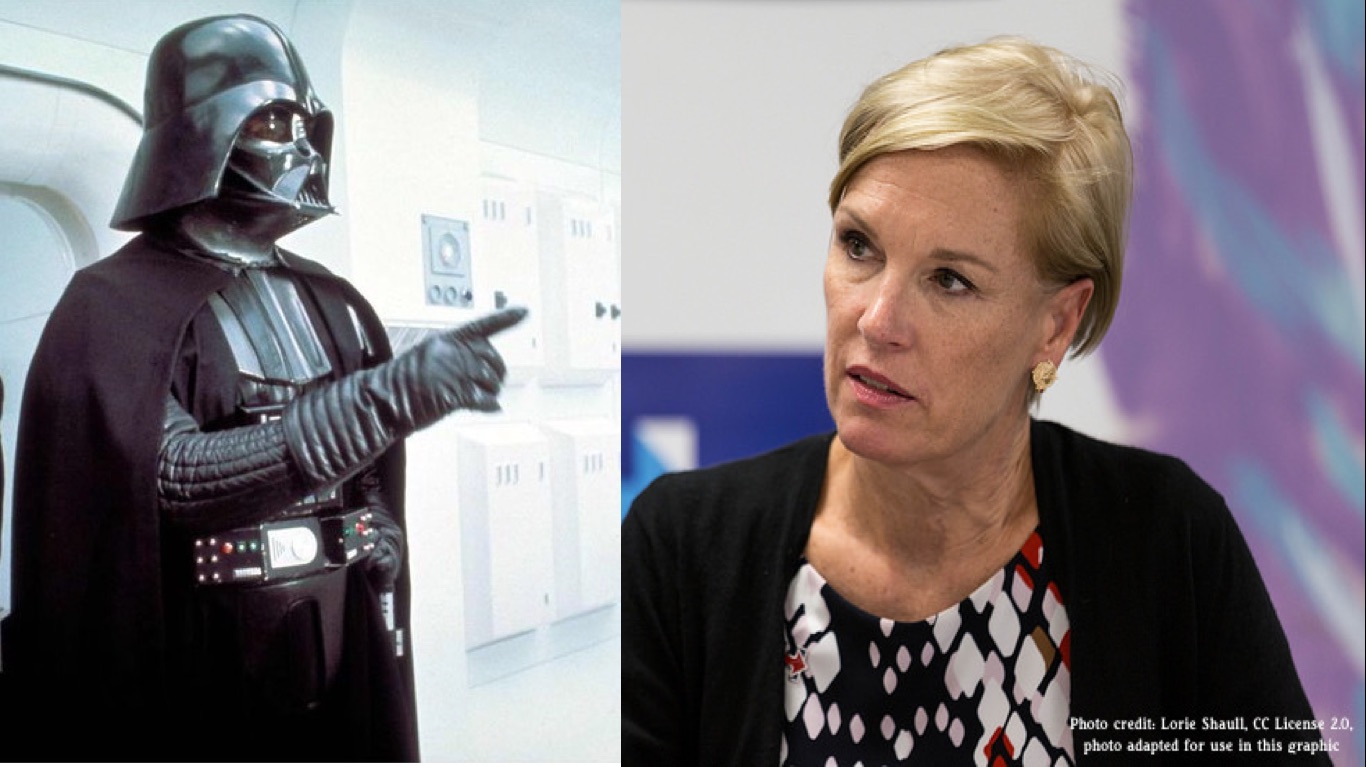 Something’s happened to Planned Parenthood this year. The nation’s largest abortion corporation keeps throwing around terms like “resistance” and behaving in an almost martyr-like manner.

.@CecileRichards on President Trump’s first 100 days and why the resistance gives her hope: https://t.co/WBRU14uBxP #100DaysOfResistance pic.twitter.com/Lxvnl7fDmL

Because I’m an admitted word nerd, let’s look at what “resistance” actually means. It is “the refusal to accept or comply with something; the attempt to prevent something by action or argument.” I get that Cecile Richards and Planned Parenthood are trying to prevent President Trump, various states, and our nation of people as a whole from making abortion unacceptable — both in law and in culture. I get that they are refusing to accept or comply with the accurate idea that abortion is not “health care,” but rather, a violent human rights abuse.

For those who doubt, take a look at the video below, made with medical animation and with the help of a doctor who committed over 1,000 abortions. It details what happens in the most common second trimester abortion procedure in the United States — a D&E or dilation and evacuation abortion — that usually takes place between weeks 12-24 of pregnancy. For first trimester abortion procedures, go here.

Planned Parenthood commits nearly 35 percent of our nation’s abortions. That’s 323,999 abortions in one year and one every 97 seconds. According to Guttmacher Institute, 11 percent of abortions are committed at a time in pregnancy when D&E abortions are the most common procedure used. If Planned Parenthood’s numbers match up, that means over 32,000 babies every, single year are literally pulled apart, limb by limb and have their heads severed and crushed by “the resistance.” Abortionist Jay Kelinson describes a D&E abortion as “the most horrifying procedure I can think about.”

One can see why Planned Parenthood would scramble to avoid showing or telling much about this kind of abortion. Of course, the abortion corporation is no more honest about first trimester procedures, that use suction to violently pull a preborn child out of her mother’s womb or that use a medication to starve the child of nutrients before he is forcibly expelled. (Despite what Planned Parenthood tells women, some of these abortions can actually be reversed. See AbortionPillReversal.com or call 1-877-558-0333 to speak to a nurse for more information.)

Its history of deceit, fact-avoidance, and general corruption indicates that Planned Parenthood is not “the resistance” it pretends to be. The scandal-ridden organization would do well to study the history of true resistance.

Generally, resistance is waged against a powerful group of human rights violators who insist that the law is on their side and that all those opposed need to be silenced. Sounds just like what Planned Parenthood and its allies say about Roe v. Wade and those who dare to speak against abortion on demand.

Generally, resistance is pushed by those who are challenging and changing an unjust system that has been in place for decades; a system that picks and chooses human beings who are not worthy of life, protection, or equality. Planned Parenthood’s constant arguments against the humanity of preborn human beings are no different than the arguments made against the humanity of Blacks, Native Americans, women, Ukrainians, and Jews throughout history.

So, Planned Parenthood and Cecile Richards, you are not “the resistance.” You fight the true resistance every day, and we will not be intimidated by your demands or your pretending. And, like any true resistance fighters, our hope is not merely to win, but to work until the whole world sees the humanity of the persons we defend. True victory is not defeating someone else; it’s bringing even the worst violators over from the dark side.

After all, if the power of true resistance changed Darth Vader, it can change anyone. 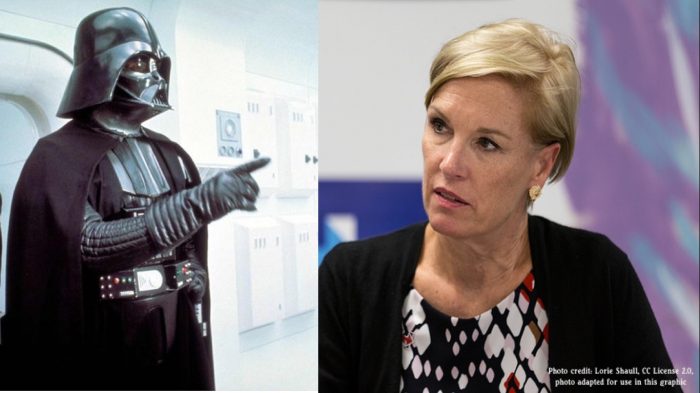