Pregnancy centers are an invaluable resource for women, but you wouldn’t know that based on attacks from NARAL Pro-Choice America, Planned Parenthood, and media allies. NARAL even sent protesters to disrupt these centers, including the center where Live Action News contributor Christina Marie Bennett works.

The targeting of these centers isn’t new. NARAL has long been engaged in a crusade against them, though Calvin Freiburger thoroughly debunked them in a three part series for Live Action News. Planned Parenthood also joined in the fight against pregnancy centers.

You deserve quality, factual, non-judgmental medical care, which is the last thing you’d get at a CPC: https://t.co/epTb1DQZMI

Yet Planned Parenthood fails to provide any of these:

The article by Erin Matson and Pamela Merritt (co-founders of the pro-abortion Reproaction) may have been written four months before the tweet, but Planned Parenthood couldn’t help themselves when it came to jumping in on the attacks. Its title of “We Need to Talk About Deceptive, Unregulated ‘Crisis Pregnancy Centers‘” is sassy even for the pro-abortion Refinery 29. It’s also delusional. 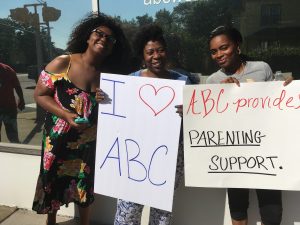 Yes, we do need to talk. Much of what Matson and Merritt discuss actually applies to Planned Parenthood and the abortion industry, not pregnancy help centers.

Matson and Merritt incessantly mention “public funding” or “funds,” including twice in the opening paragraph. In conclusion, they write “[t]here is no reason for deceptive and unregulated crisis pregnancy centers to be receiving taxpayer money, and they especially shouldn’t be taking away crucial funds from programs created to help those struggling with poverty and hunger.”

Nowhere is it mentioned that Planned Parenthood receives taxpayer funding, in a majority of states, and at the federal level. According to Planned Parenthood’s annual report, they received $554.6 million from taxpayers. Matson and Merritt, however, choose to harp on the “at least 11 states” which fund pregnancy centers, linking to an expired NARAL page.

Abortion advocates want you to believe taxpayer funding doesn’t go to abortion, citing the Hyde Amendment. But, the Hyde Amendment is federal, with exceptions, which any abortion can meet, according to Planned Parenthood, and there are 17 states which allow for taxpayer funds to pay for abortions. In Oregon, which already lacks any abortion restrictions or regulations, taxpayers will soon foot the bill for any and every abortion.

If Matson and Merritt truly cared about those on government assistance, as they claim, surely there is a consensus that Planned Parenthood’s $554.6 million would go a long way if redirected.

“Manipulate women” and “Deliberately give them incorrect information”

They’re still talking about pregnancy centers here, with no mention of Planned Parenthood. Readers are also told these centers “continue to push such misinformation on women seeking medical advice.” Don’t Matson and Merritt mean to refer to Planned Parenthood? 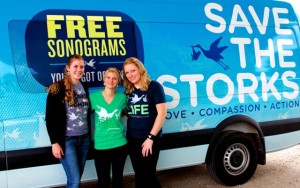 Matson and Merritt complain pregnancy centers are “for expressing opposition to abortion.” Does the First Amendment not apply to those who disagree with Matson and Merritt. Planned Parenthood, whose political arm Congress found to also be earning taxpayer funding, has registered people to vote at their so-called health centers.

Even with an invasive procedure involved, the abortion industry is hardly regulated or held accountable. Facilities are left to self-regulate, and abortion advocates think unsafe facilities are better than closed facilities. If one thinks it doesn’t make a difference to regulate or hold abortion facilities accountable, think again. One only need to look at the atrocities late-term abortionist and convicted murderer Kermit Gosnell committed because the state let him get away unchecked with his heinous and illegal practices.

Matson and Merritt are right about one thing, and that’s how there’s a “fake news scourge.” It’s not pro-lifers who are propagating it, but mainstream media supporters of Planned Parenthood and the abortion industry. And Planned Parenthood is all too happy to play along.

Perhaps if NARAL, Planned Parenthood, or Reproaction were truly pro-choice, they would take the time to see what it is pregnancy centers do, and the good they provide for women and children. Clearly, they haven’t, as these pro-abortion forces don’t have a clue.