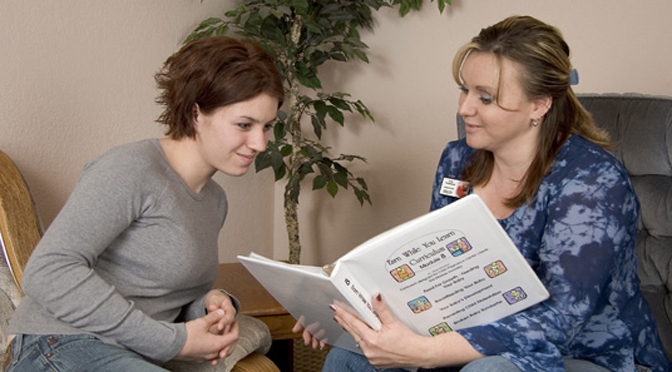 A common and tiring accusation abortion advocates hurl at the pro-life movement is that those who oppose abortion do so because they seek to judge or control women. Pro-life men are especially under attack. Live Action News contributor Adam Peters came across a Twitter conversation full of typical pro-abortion talking points. In it, a woman claimed “men fear sexually active women & the power that has,” after sharing her concern that if women didn’t have access to abortion they’d be “more fearful to take lovers” because the lack of abortion availability would “undermine sexual freedom.” It’s one thing to involve oneself in the abortion debate to protect the lives of innocent preborn children and their mothers, who may be emotionally or physically harmed from their abortions. It’s another thing to spend so much time concerning oneself with the idea that “men fear sexually active women” — causing many to wonder what kinds of men, if any, these abortion advocates know.

The abortion industry sells the abortion as a quick and easy fix for the problem of an unplanned pregnancy. But if a woman suffers afterwards as a result of her abortion (as many do), that industry isn’t there to help her. Instead, her negative experience is dismissed and written off by those who claim to be pro-woman. Abortion advocates don’t want to listen to women who regret their abortions. It is instead the pro-life movement which offers healing programs and support groups for post-abortive women, like Rachel’s Vineyard and Silent No More, as well as secular resources. Where are the “pro-woman,” pro-abortion advocates when the “quick and easy fix” goes horribly wrong?

Women who are facing unplanned pregnancies may never have suspected it could happen to them, and they may even feel shame about their pregnancies — perhaps because they don’t want people to know they’re sexually active in the first place. In this case, having an abortion can seem like an attractive option. And the abortion industry will assure women that it is the best option, instead of rallying to them and reminding them of how strong they are and that they can make it through pregnancy. Instead, the abortion industry will happily take the woman’s cash and leave her in the same place she was before — with no support system whatsoever, should she find herself in that situation again.

Besides the abortion industry, some men who impregnate women are also happy for the ‘quick fix’ abortion provides. For them, it is a solution to getting out of fatherhood. (These ‘bro-choice’ men received some attention during Summer 2013 when Texas’s pro-life laws were being debated and passed.)

There are plenty of reasons not to have sex with someone and not to get pregnant — some may be religiously motivated, and some may not. But when a woman becomes pregnant and visits a pregnancy center, it does not matter to pro-lifers if she is married — she is still treated with love, and so are her children, born and preborn. Pregnancy centers offer women sonograms (a chance to see their babies), as well as referrals to healthcare of various kinds. It does not matter who the child’s mother is or what decisions she made, because that child is a blessing who is entitled to the same right to life as the rest of us are. Many of these centers even offer help to women who have already chosen abortion and regret it. If these pro-lifers were truly as judgmental as pro-abortion advocates have accused them of being, they would instead spend their time criticizing women who become pregnant out of wedlock or those who aborted — not helping them.

In 2012, 85.3 percent of women who had abortions were unmarried and 40.2 percent of children born were born to unmarried mothers, according to the CDC. Thus, there is a strong likelihood that the very women being helped by pro-life pregnancy centers and maternity homes are unmarried. (So much for judgment and condemnation.)

April Horton, who participated in Babies Go to Congress 2016, became pregnant while unmarried and working at a pro-life pregnancy center. She shares the positive experience she had with her center (emphasis added):

I had just started working at the pregnancy center in my town as a work study through the college I attended. Imagine being a single mom already and working at a place that teaches abstinence and there I was single and pregnant. I had been there only a few months when I had to tell them I was pregnant. I thought about not telling them, I thought about hiding it but I knew it wasn’t going away.  When I talked to the ladies at the pregnancy center about my pregnancy, they never looked at me like I couldn’t do it. They didn’t fire me or turn their backs and walk away from me. They stayed true to their mission that they love every girl that came through their doors with the kind of love that only Jesus could have given. They offered encouragement and support. The pregnancy center was a safe place. A place to support me when I was terrified and felt alone.

The personal experiences of women dealing with unplanned pregnancies, including my own experience with help from the Catholic Church, is a testament to the real nature of the pro-life movement — one which is not judgmental. Instead, it is one that is full of support for both mother and child, and a true love of all life.