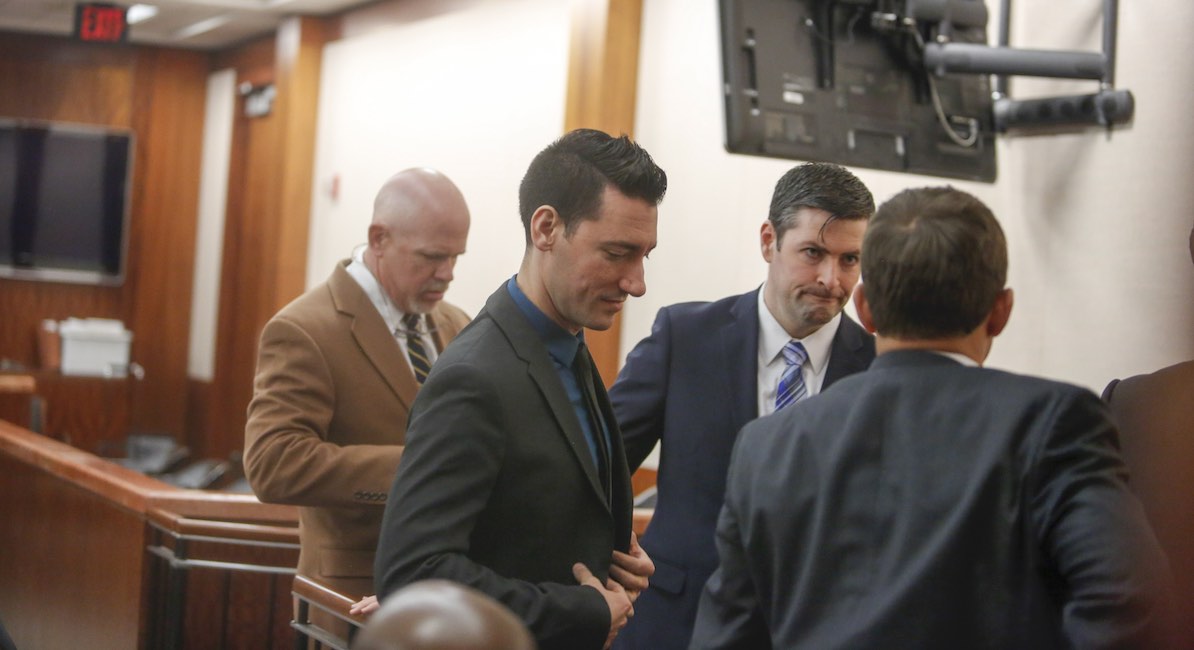 Center for Medical Progress undercover investigator David Daleiden took the stand on Friday in the preliminary hearing regarding his sting operation into the trafficking of aborted baby body parts in the United States. According to LifeSiteNews, Daleiden gave heartwrenching and disturbing testimony of the events that led to his decision to go undercover to expose the grotesque underbelly of the abortion industry.

Daleiden, along with Sandra Merritt, is charged with 15 felony counts of the illegal recording of confidential communications; however, his attorneys are arguing that since the communications took place in public areas and could be easily overheard, the recordings were completely legal. Daleiden testified that he had spoken with law experts before his investigation to ensure that he could legally record these public conversations. In fact, according to Pro-Life San Fransisco, Count 8, which states Daleiden and Merritt illegally recorded Doe 8, has been dismissed by Judge Christopher Hite.

“Count 8 was the charge of illegally videotaping an attendee of the 2014 National Abortion Federation conference,” Pro-Life San Fransico said on Twitter. “‘Doe 8’ happens to be a UCSF professor, and this video was taken in the exhibitor hall at #CMP’s “BioMax” booth.”

After working in investigative research with Live Action president Lila Rose in 2008 and 2010, Daleiden watched a 20/20 documentary from 2000 in which former tissue procurer Dean Alberty — who worked inside a Kansas Planned Parenthood — stated that the company he worked for, Opening Lines, would receive intact, living aborted children. Alberty stated that when taking the organs from the babies, they were “cutting open the chest and seeing the heart was still beating.”

According to LifeSiteNews, Daleiden went on to say that Alberty would later testify in a congressional hearing that on one occasion the abortionist gave him 24-week-old twins who had survived an abortion. When he told the abortionist that he would not “harvest organs from living children,” the abortionist “drowned them in a pan.”

Horrified by this, Daleiden read the book “Beyond Abortion, a Chronicle of Fetal Experimentation,” by Suzane Rini. He described it as “a very in-depth literature review of all fetal experimentation.” One study – The artificial placenta – was from 1967 and involved submerging a living baby into a “perfusion apparatus” that was created to simulate life inside the womb. The purpose was to discover “how long the fetus can stay alive.” It was clear to Daleiden that these living children were abortion survivors. Despite the horrors of this, no one was investigating.

Daleiden said he then took matters into his own hands, and began looking into Advanced Bioscience Research (ABR), a partner of Planned Parenthood Mar Monte. He also learned about StemExpress through a Craigslist advertisement for a “procurement technician” to “harvest gestational tissue, fetal tissue.” The website for StemExpress openly listed drop-down menus for ordering the desired body parts of the desired gestational age.

From there, Daleiden testified that he saw a Stanford University study published in “Circulation” in 2012 citing StemExpress as the provider of fetal hearts for the study. This disturbing research used a perfusion technique that is meant to be used on animal hearts. The Langendorff method was “designed to keep fluid pumping through a heart that has been cut out of a body,” Daleiden explained. In this case, it was used on living human fetal hearts.

Daleiden spoke with experts Dr. Stephen McCurdy and Dr. Theresa Deisher about the method. Deisher told him that the “fetus would have to be alive at the time the organs were harvested.”

“So the Langendorff apparatus could not resuscitate a dead heart?” Daleiden’s attorney Brentford Ferreira asked him, according to LifeSiteNews.

“My understanding is that it required a live beating heart,” said Daleiden.

Daleiden’s attorney told the court that StemExpress was mentioned regarding the Stanford University study in which the Langendorff perfusion was used. When Doe 12 – the CEO of StemExpress whose name is being protected – was asked on the stand if StemExpress supplied fetal hearts to Stanford, she hesitated to reply. Judge Hite pressed her and she admitted that StemExpress has “provided heart tissue to Stanford.”

The judge would not accept as evidence last week the video testimony of former StemExpress procurement technician Holly O’Donnell who spoke about harvesting the brain from an aborted baby whose heart began beating, saying she was not an expert.

“I’m not putting it on for expertise,” Ferreira said. “She says in the video the person she was working with tapped the heart and it started beating and she saw it with her own eyes.”

Daleiden continues his testimony next week.