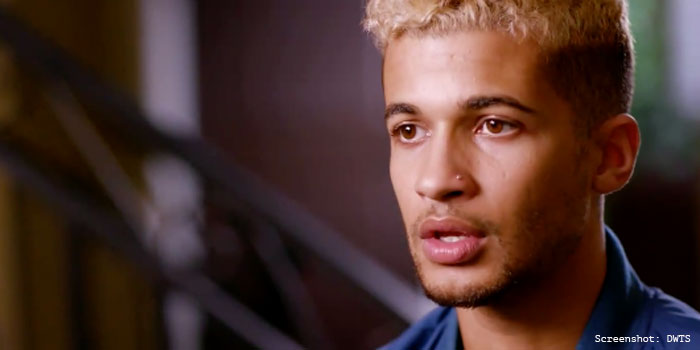 Jordan Fisher, a singer, dancer, and actor on stage (“Hamilton”) and small screen (“Teen Wolf”), told his adoption story on last night’s “Dancing With the Stars” on ABC. Jordan says his mother, who struggled with substance abuse, gave birth to him at age 16 and was unable to care for him. Jordan was taken in by his grandparents.

In the video below, featuring Jordan’s story as well as his dance dedicated to his adoptive parents, he and his parents share how incredibly happy they are to have each other:

Jordan’s birth mother may have been unable to raise him, but he was by no means unwanted or alone — his grandparents wanted him and loved him. There are many others like Jordan, who are very much wanted and loved by their adoptive families. Unfortunately, far too many pro-choice individuals argue that children who are unwanted, abandoned, or abused by their biological parents would be better off aborted.

Self-described pro-choice blogger Twilah at A Thinking Patient, says she “never wants to hear” that “misguided” argument from her fellow pro-choicers again, because it is “neither reasonable nor compassionate”:

But the appeals are neither reasonable nor compassionate.

Just because a child is unwanted by his or her biological parents, she or he is by no means doomed to a childhood filled with abuse. Unwanted does not necessarily equal abused. Conversely, a wanted child is by no means guaranteed a life free from abuse or neglect.

Most importantly, even if a child (wanted or unwanted) does end up experiencing abuse or neglect, it is the right of that human being to decide for herself whether life is worth living as a survivor.

Planned Parenthood, infamously supported by “Hamilton” lead actor Lin-Manuel Miranda, does an average of one adoption referral for every 114 abortions it commits. Its “options counseling” for women is probably not what you’d expect. And adoption “referrals,” according to former Planned Parenthood employees, are counted if women merely take information on adoption from the facility; whether or not women actually receive adoption counseling and choose adoption is another story altogether:

Jordan Fisher was thankfully one life saved through adoption, and hopefully his story will save many more lives.

Editor’s Note: If you are considering abortion or need information on your pregnancy options, click here.