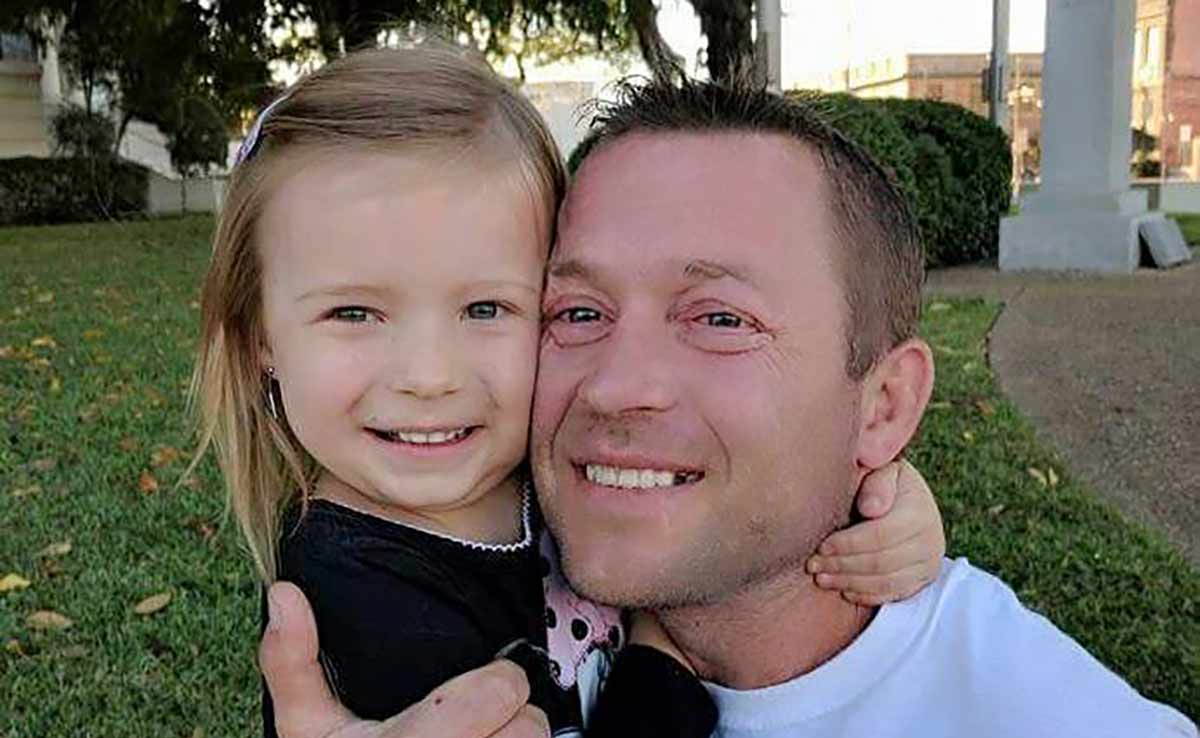 (LifeSiteNews) – A Texas father likely saved his brain-injured son’s life when he discovered a medical team was about to remove his son’s life support.

“If you’re going to unplug him, you’ll have to go through me,” Wren Michel told the doctor and nurses as he stood in front of the door, LifeSiteNews has learned in this exclusive report.

Jonathan Michel, a 39-year-old father of three who lived next door to his parents in Malakoff, Texas, suddenly fell to the ground on June 30 and suffered a serious head injury. He was rushed to the East Medical Center in Tyler, Texas. Doctors discovered that Jonathan had internal bleeding and extensive damage to the left side of his brain.

His right side was almost completely paralyzed.

Doctors advised Wren to find Jonathan’s mother Karen, who was on a mission trip to Africa, and call her home.

But before Karen could reach Jonathan’s bedside, someone else arrived on July 3: Jonathan’s long-estranged wife Jacqueline with a marriage license and a firm conviction, she told LifeSiteNews, that Jonathan would not want to live in that state.

“‘If I’m ever in such a situation,’” Jacqueline Michel said her husband had once told her, “‘I want to let nature take its course’.”

While Jonathan’s parents were pleased that their son was receiving life-saving help from the hospital, Jonathan’s wife was trying to put an end to such help.

READ: Horrific: Three children killed in Belgium since child euthanasia was made legal

Jacqueline asked the hospital to stop treating her estranged husband. She told LifeSiteNews that she had asked Jonathan if he wanted “all this stuff [the life-support equipment] off of you” and if he did, to move his left foot. She related that Jonathan then moved his left foot.

But Jonathan’s parents told LifeSiteNews that they do not believe this story, that Jonathan is not yet capable of giving consent, and that his left foot spontaneously moves every few minutes. (Karen has posted a video on Facebook showing this movement.)

Jonathan’s mom Karen told LifeSiteNews that she and Wren had been assured that a decision to end Jonathan’s treatment could not be made before the matter was brought before the hospital’s Ethics Board. Meanwhile, Jonathan was responsive to their presence.

“On Monday [July 16] Jonathan was awake and aware of his surroundings,” Pastor Mark Lee Dickson wrote in his now-viral Facebook post in support of the family. “He held his mom’s phone and tried to turn it on. He also unfastened his niece’s watch and refastened it on her arm. He closes his eyes when his parents pray with him. These are obvious signs of life.”

Thus, the couple had a shock late that afternoon when they were brought into their son’s room and told that his life support was about to be removed. This included the shunt draining fluid from his brain. Removing it would have caused certain death.

That’s when Jonathan’s father Wren made his stand and barred the door.

Police were called, but the parents had made it clear they weren’t letting Jonathan go without a fight.

“We demanded that it go before the Ethics Board,” said Karen.

Wren met the Ethics Board the next day at 6 PM.

“The doctors have been great,” Wren added. “They’re doing a wonderful job.”

But for four days, Jonathan’s parents were banned from their son’s bedside. Jonathan’s estranged wife Jacqueline told LifeSiteNews that this was the hospital’s decision; Wren and Karen and their supporters say Jacqueline had them banned.

The matter over what is to be done with Jonathan has caused no love to be lost between the Michels and their daughter-in-law, with whom their son has two little daughters. Jonathan’s eldest child is from his first marriage.

Jonathan’s mother Karen told LifeSiteNews that Jacqueline left her son three years ago, never lived with him again, fought with him about access to the children, and has a new partner. Only financial constraints prevented Jonathan from embarking on what would be a very expensive divorce. Jonathan’s fully public Facebook page expresses his close bond with his parents and his frustration that his estranged wife was preventing him from seeing his children.

Jacqueline told LifeSiteNews that she left her husband briefly after a violent fight, but that the couple was still close and that she will “love him until the day I die.” She said that if Jonathan recovers enough to be able to speak, he will exonerate her reputation. Apparently she has been receiving online threats.

“I’m not trying to kill him,” she said. “I tried to do what he asked. If he’s miserable [when he finds himself partly paralyzed], he can blame [his parents].”

“I haven’t done anything wrong, and the hospital knows that,” she said.

LifeSiteNews has seen testimony from hospital personnel stating that Jacqueline has said many times that she intends to have her husband moved to a hospital that will honor her wishes to give him only palliative care. She had refused to consent to any medical procedures.

Wren and Karen are being helped by the Terri Schiavo Life & Hope Network, the Right to Life of East Texas, Texas Right to Life, Texas Senator Bryan Hughes, and Pastor Mark Lee Dickson of the SovereignLOVE Church.

“A multitude of lawyers are working together to fight for Jonathan’s life,” Dickson said.

Currently, Jonathan still has a feeding tube and a breathing tube, but his ventilator is no longer on. Instead, he is being given air through a continuous positive airway pressure (CPAP) machine.

“There is a tube coming out of his head that is draining [his] spinal fluid and that is monitoring brain pressure,” Dickson reported. “While that tube is not considered life support, removing [it] would be detrimental to Jonathan’s health because of his brain swelling.”

Soon after LifeSiteNews contacted Jacqueline, Dickson reported good news: Jacqueline has decided to allow Wren and Karen to visit their son and not to oppose Jonathan’s treatment.

Now his parents hope to ensure that Jonathan continues to receive good care by obtaining guardianship.

Bobby Schindler, whose sister Terri Schiavo was dehydrated to death in 2005 contrary to the wishes of her family after being diagnosed in a persistent vegetative state, told LifeSiteNews that it is very important that the Michels’ fight for their son not to be framed as an “end-of-life” case.

“It’s my understanding that Jonathan is neither terminal nor facing any immediate end-of-life situation,” he said. “In other words, Jonathan is brain injured, but he’s not dying. The question is whether his estranged wife and the legal system will recognize this, and release him into the care of his parents who love him and wish to provide the basic care he needs at this time.”

Schindler said that Jonathan appears to be improving but that it can take years to recover from a brain injury.

“It’s critical, for Jonathan’s sake, that we don’t falsely characterize his situation as an ‘end of life’ case, and recognize that it will only become an ‘end of life’ case if the law permits his wife to intentionally end his life by depriving him of basic care and treatment,” he said.

Anyone favoring “letting him go” should understand that what is at stake here is active euthanasia, the intentional ending of life.

“As long as Jonathan is not actively dying, the only real ethical question is how and where will basic nursing and rehabilitative care be provided to him,” Schindler explained.

“We must continue to be a voice for the voiceless and do everything we can to defend life from conception until natural death.”

A GoFundMe page has been set up to help Jonathan and his parents.

Editor’s Note: The article originally appeared at LifeSiteNews on July 24, 2018, and is reprinted here with permission.

Editor’s Note, 12/18/18: The Facebook post near the beginning of the article became unavailable and was replaced with a different link.