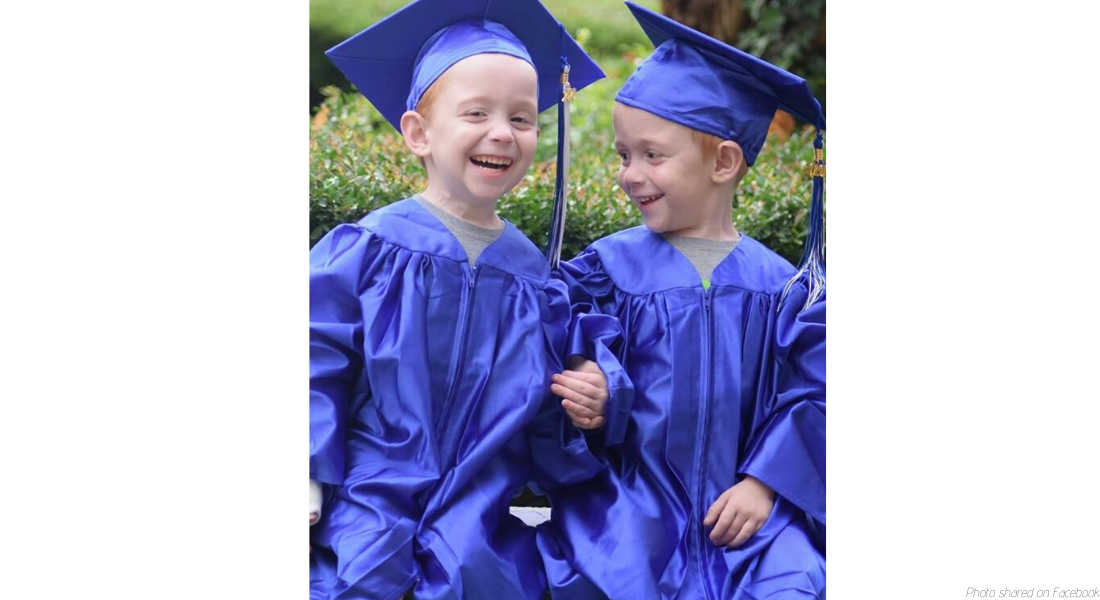 Formerly conjoined twins, who survived a 15-hour separation surgery, have just graduated from preschool, and are heading the kindergarten. It’s another exciting update for the boys who beat the odds, starting with when their parents refused abortion.

In 2014, a couple in Jacksonville, Florida, got unexpected news: they were expecting conjoined twins. While doctors said the boys’ positioning lent well to a possible separation, the couple still faced judgment for their decision to choose life. “The judgement we’re getting is something else. There’s people telling us we should have terminated the pregnancy. There’s people telling us we shouldn’t carry this out,” Bryan Mirabel, the boys’ father, told First Coast News.

But the Jacksonville community embraced the family, and in May of 2015, Carter and Conner were successfully separated at Wolfson Children’s Hospital in Jacksonville. They spent the first year of their lives in the hospital recovering, but now, they’re happy and thriving little boys, fulfilling mom Michelle Brantley’s dream.

Last August, the boys started school and leaned on each other like all siblings do. “Our babies started school today,” Brantley wrote in a Facebook post. “Carter was sad. Conner didn’t cry at all. Conner was being such a good brother comforting Carter as we left. We are so proud of them! Please pray for our babies today.”

They also had to have back surgery earlier this year, but came through successfully again, with their first thoughts on being with each other. “Carter walked all the way to Conner’s Room & Conner from his bed to the couch!” Brantley wrote on Facebook, with a picture of the two boys snuggled together.

Carter walked all the way to Conner's Room & Conner from his bed to the couch!! Such big strong boys!!!

Despite all of the difficulties, Brantley never shied away from the love she had for her babies, telling First Coast News in 2015 that they’re living examples that strength can come from the smallest places. “We are blessed to be going through it because this doesn’t just happen to anybody and they are miracle babies,” she said.

And that’s not all of the good news on the horizon for this family: they recently announced they are expecting again, making Conner and Carter big brothers, with their newest little addition expected in December 2020.